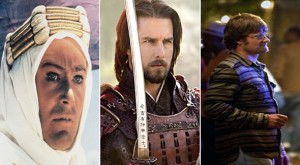 Somewhere, in the world, a primitive people are in peril.

Maybe they’re tearing their country apart with civil war. Maybe ruthless companies have invaded their lands to exploit their natural resources. Or maybe they’re dying out because they’ve lost respect for their ancient traditions. Whatever the case, the world is in danger of losing their wisdom, forged in a hostile land (I mentioned it was a hostile land, right? sorry; goes without saying).

Fortunately, in times like these there comes a man. A White Man.

We may decry the imperialist sentiment of work like Kipling’s “White Man’s Burden,” but we should never forget that it came from good intentions. Kipling, Victoria and the rest of the Empire thought that they were helping the subcontinent out by giving them railroads, telegraphs and the opportunity to work for shillings. Of course, if the British isles happened to get rich off of tea, ink and spices in the process, so much the better! But the great empires of Europe didn’t rewrite the African and Asian continents out of malice. They thought they were helping the poor darker races. Or at least that’s what they told themselves.

Take up the White Man’s burden–
Send forth the best ye breed–
Go bind your sons to exile
To serve your captives’ need;
To wait in heavy harness,
On fluttered folk and wild–
Your new-caught, sullen peoples,
Half-devil and half-child.

Take up the White Man’s burden–
The savage wars of peace–
Fill full the mouth of Famine
And bid the sickness cease;
And when your goal is nearest
The end for others sought,
Watch sloth and heathen Folly
Bring all your hopes to nought. 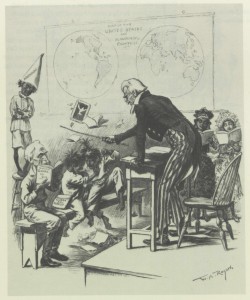 
Some of the most popular movies of the 20th century depict that journey. They range from epic classics (Lawrence of Arabia, Seven Years in Tibet) to derivative fables (Avatar, The Last Samurai, Red Corner). But no matter the quality, the kernel of the story’s the same. It’s the 20th century’s contribution to the catalog of monomyths: 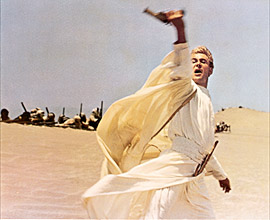 Not just any white man, but the whitest possible man.

The late 20th century has liberalized the White Man’s Monomyth in allowing women to undergo similar revelations (Beyond Rangoon, Medicine Man, etc). But the arc is always the same. The natives need help defending themselves against some threat. Only a white man can save them. But the only reason a white man would have to fight alongside the natives is if he falls in love with the natives first.

Why is the white man necessary? Sometimes he has access to superior technology: firearms, radios, jet airplanes. Sometimes he has superior knowledge, like tactics or history or even just the ability to second-guess the white oppressors. And sometimes his only advantage is the perspective of the outsider: the alien who can comment on the quirks of ingrained culture. Regardless, that one aspect of the White Man’s Monomyth never changes. It takes a White Man to save a village.

And then along came David Simon.