Don’t fake the funk on a nasty Open Thread. That’s what I was told.

First off, South Park has once again been censored from depicting the Prophet Muhammad, after a Muslim group based in NYC intimated on their website that such a cartoon might get Matt Stone and Trey Parker killed. Yikes. Stick to the L. Ron Hubbard gags, I guess.

Second, Kick-Ass has been blazing its way through theaters, with 13-year-old Chloe Moretz being the sleeper star of the summer blockbuster season. Yours truly plans to see it this weekend to determine if Nic Cage has finally redeemed himself. Question: with the success of 300 and Kick-Ass, what non-Marvel / DC franchise do you want to see adapted from comic book to big screen? 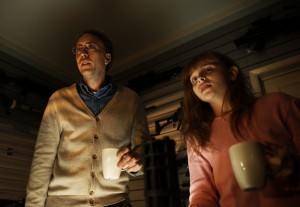 A production still from this summer's most violent action movie.

But most of this week’s news is OTI-related. Ch-ch-ch-ch-check it.