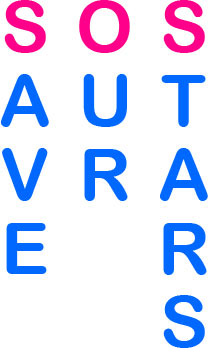 You know what's really sad? Who can we get to host the telethon? Think about it.

Ladies and gentlemen, America is facing a dire shortage of one of our most precious natural resources. This commodity has fueled our nation’s economy for decades, and may be our single most important export to the rest of the world. Many believed our reserves were endless, but now it can no longer be denied: America is running out of movie stars.

By “movie stars,” I do not mean “people who star in movies.” A lot of people do this. Brendan Fraser does this all the time, and he is definitely not the kind of movie star I’m talking about. I mean the A-listers. The megastars. The living legends. The people with their handprints outside Mann’s Chinese Theater. In the 70s, De Niro, Pacino, Hoffman, and Nicholson were the big guns. In the 80s, it was Cruise, Stallone, and Schwarzenegger. The 90s gave us Will Smith, Clooney, and DiCaprio. The summer of 2000 was a coronation for Hugh Jackman (in X-Men) and Russell Crowe (in Gladiator).

But in the last 10 years, has Hollywood produced any new A-list talent? The Ulmer Scale is an anual ranking of the most bankable actors. Their most recent top 10 list was: Will Smith, Johnny Depp, Brad Pitt, Tom Hanks, George Clooney, Will Ferrell, Reese Witherspoon, Nicholas Cage, Leonardo DiCaprio, and Russell Crowe. With the exceptions of Ferrell and Witherspoon (who I’m not buying as the #1 leading lady, by the way), all of these people were huge stars more than a decade ago. Hollywood is standing still. 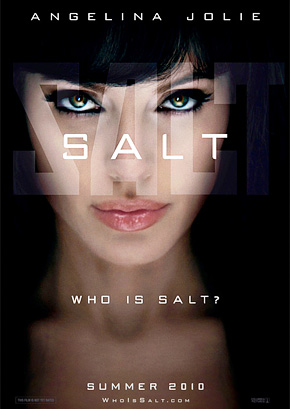 Hey Shana, could this be an actual honest-to-God example of a big budget Hollywood movie starring a strong female character? Has the whole world gone topsy turvy?

(By the way, you might notice I’m only discussing men in this article. That’s because there are significantly fewer female movie stars that can really open a movie on their own. Julia Roberts used to, Jodie Foster used to. Meryl Streep is the greatest artistic success of our generation, but she’s not a guaranteed box office draw. Angelina Jolie may be a different story. This summer, she’s starring in Salt, a blockbuster with no leading man joining her on the poster, for which she’s making a reported $20 million. But I digress.)

It’s been that way all through the 2000s: Hollywood thinks it’s found a winner, but audiences think differently. In 2002-04, it was basically impossible to make a movie without casting Colin Farrell. Even if you didn’t recall hiring him, he would just show up on set and start acting. There was Minority Report, Phone Booth, Daredevil, and most memorably (to me), S.W.A.T. But the delightful train wreck that was Alexander took some of the wind out of his sails. Now he sticks mainly to indie films like In Bruges and Crazy Heart. The guy has a perfectly healthy career, but he’s not the next George Clooney. 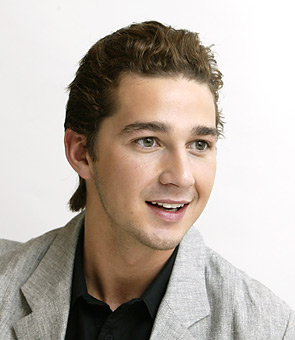 Is this the best you got, Hollywood? For serious?

Shia LaBeouf was Hollywood’s crown prince for a while. He got to fence Cate Blanchett in Indiana Jones and the Kingdom of the Crystal Skull, but he was a distant second banana to Harrison Ford (a real movie star). In the Transformers movies, he was a distant second banana to a large bank of supercomputers rendering robots and explosions. He finally got his chance to anchor a movie with Eagle Eye. It cost $80 million, and grossed barely over $100 million domestically. However, my fellow Overthinker Mr. Wrather points out that it made another $80 million internationally. Factor in the DVD sales, and the kid didn’t do too bad after all. Shia may yet prove to be the real thing; he’s starring in Oliver Stone’s hotly anticipated Wall Street: Money Never Sleeps. But he’s a long way from A-list in my book.

Sam Worthington is Hollywood’s go-to guy for blockbusters. He recently starred in the biggest movie of all time, which should theoretically make him a huge movie star. But he spent Avatar literally buried under special effects, and his acting is one of the least memorable parts of the movie. (Compare that to Titanic, which instantly made Leo one of the biggest names in town.) Same thing with Clash of the Titans; even the few people who liked the movie weren’t there to see Sam Worthington. He’s on his way to a brilliant career as the bland human in a CGI sandwich. 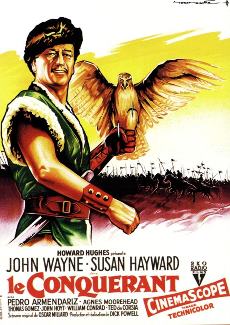 Honestly, I've been looking for an excuse to share this poster for a while.

Finally, Robert Pattinson is a bonafide sensation with the Tiger Beat crowd (and their moms) but I wouldn’t bet on him having any career beyond Twilight. Remember Me came and went, unremembered by any of his so-called fans.

But our lack of new movie stars is only half the story. Our old movie stars are rapidly losing their lustre. Now of course, everybody has the occasional flop. Ever hear of a movie called The Conqueror? It stars the immortal John Wayne as… Genghis Khan. This was not only a critical and financial disaster, but because it was shot near a nuclear testing zone, about a third of the cast and crew developed cancer within 25 years. But John Wayne’s career survived The Conqueror (even if he did, in fact, die of cancer). Moral: one bomb doesn’t mean you’re not a star. (Other Moral: don’t make movies near a nuclear testing zone.)

Still, the last few years have seen almost all our biggest movie stars simultaneously lose their mojo, and it’s unclear whether they’re going to get it back. Last summer, the New York Times wrote about all the famous names that were striking out at the box office:

[Will] Ferrell bombed in “Land of the Lost,” a $100 million comedy that sold only $49 million in tickets in North America. [Julia] Roberts missed with “Duplicity,” a $60 million thriller that attracted $40.6 million. “Angels & Demons” ([Tom] Hanks) was soft. The same for “The Taking of Pelham 1 2 3” ([Denzel] Washington and [John] Travolta). “Imagine That,” starring [Eddie] Murphy, was such a disaster that Paramount Pictures had to take a write-down. [Adam] Sandler? His “Funny People” limped out of the gate and then collapsed. Some of these may simply have not been very good, but an A-list star is supposed to overcome that.

The people at the top of that Ulmer Scale are there because they are supposed to have the Midas touch at the box office. But take a look at the top-grossing films released in 2009: 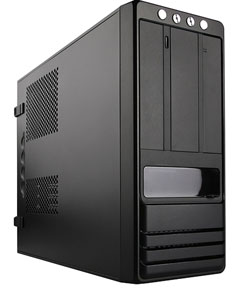 The real star of these movies.

Of these 10, only The Blind Side and Sherlock Holmes featured A-list talent (and Sandra Bullock and Robert Downey Jr. barely qualify as A-list. Downey certainly  wouldn’t have before Iron Man). For the most part, people are going to movies to see the special effects or take in the latest chapter of a franchise they already know and love. They could care less about movie stars. Matt Damon’s Green Zone has grossed only $33 million in the past month. That’s a disaster for a film that cost $100 million.

There are many theories about why the stars are dying. Some say that with high ticket prices, audiences are being more discerning about what they watch. Moviegoers are relying more and more on word of mouth to figure out what’s worth the money. That’s why a movie like District 9, starring an actor whose name no one can pronounce, can gross just as much as Valentine’s Day, starring literally every actor in the world. 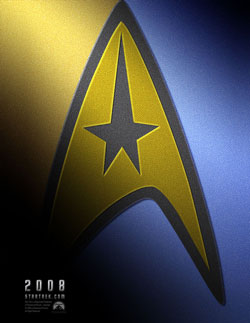 This teaser poster was in theaters well before the movie had a cast (or apparently, a solid release date).

And with studios focused more and more on developing “properties” like superhero films, literary adaptations, and updates of old TV shows, big names might actually be a liability. If what you’re selling is Batman, casting Tom Cruise as Batman works against you. Your movie instantly becomes a Tom Cruise movie, not a Batman movie. If you’re making a movie that has a built-in audience regardless of who you cast (like Harry Potter, Star Trek, or Twilight) you want to cast someone likable, but without a whole career of baggage. It used to be that to make a blockbuster, studios needed the biggest names. Now, they’d rather have a well-known property and a fresh name.

Now is a good time to mention that the fall of the movie stars is not necessarily a bad thing. Bradley Cooper was the biggest name in The Hangover, and it grossed almost $280 million. That is more than five times what Land of the Lost made. For decades, Hollywood’s been producing crap, and we kept buying it because the crap starred famous people. Suddenly, there are signs that audiences aren’t going to fall for it anymore. This is fantastic news.

If people stop caring about the cast of their movies, what will happen to the movie stars? Will any studio pay $20 million to an actor when they could pay $5 million to a less popular actor, see virtually no change in their grosses, and save themselves the hassle of dealing with a world-class ego? When movie stars become less important, the big roles will get spread around more, and actors won’t acquire the same mythic status that they used to have. I can forsee a future with no A-list, only a sprawling B-list of actors who are popular, but not Brad Pitt popular. Nobody will achieve true movie star status, because as soon an actor gets too hot, studios move onto someone else. The A-listers we currently have continue to be treated as A-listers, even though their famous names long ago stopped guaranteeing hits. The front rows of the Oscars are filled less and less with legends like Jack Nicholson, and more with whoever is hot that year. In other words, the future is Taylor Lautner.

I’m pretty immune to celebrity culture, but A-list movie stars transcend the supermarket tabloids. Whether or not you care for (or watch) the films of Brad Pitt, you know who Brad Pitt is in the popular imagination. He’s Brad Pitt. He’s larger than life. He’s often the punchline of the late night talk shows, but he’s a punchline that everyone in America understands. The A-listers are as close to Greek gods as our country has. If we lose that handful of stars at the top of the food chain, that’s a major hit to our shared culture. Sure, you can make movies without movie stars, but then who are you going to gossip about? Blake Lively? Meh.

Right now, we’re coasting along on the massive movie star reserves we built up during the 90s, and especially the 80s. (The 80s, it is now clear, was Peak Movie Star.) But if we don’t figure out how to create some new movie stars soon, our A-list is going to run dry. We’re the country of Jimmy Stewart,  Cary Grant, and Steve McQueen. But it seems we might be living in the twilight of the stars. 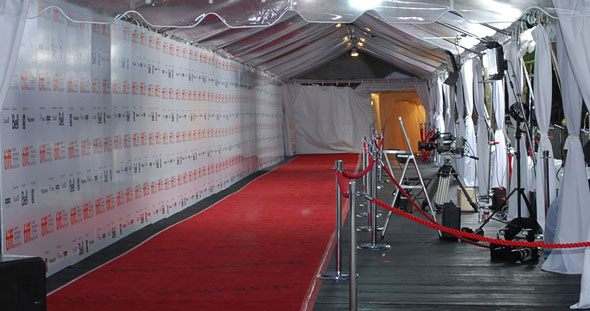 24 Comments on “The End of Movie Stars?”