I had no choice. My health insurance wouldn't pay for anyone else.

My doctor recently diagnosed me with Terminator: Salvation induced post-traumatic fanboy stress disorder (TSIPTFSD–if it’s not in the DSM yet, it will be soon). The treatment regimen consists of repeatedly watching Terminator and Terminator 2 until the names “McG” and “Sam Worthington” no longer send me into an apoplectic rage.

So far it’s going OK (the apoplectic rage that resulted from me typing those words only lasted five minutes this time), but one of the unfortunate side effects of this treatment is that I’m starting to nitpick the hell out of these movies, more so than they probably deserve (see also: motto of this site). Take, for instance, the famous “hasta la vista, baby” scene from Terminator 2 in which Ahnuld shoots the frozen T-1000 and shatters him into a million pieces.

This seems like a poor tactical decision. Sarah Connor and Ahnuld are both injured. John isn’t much good in a fight. Their adversary is frozen pretty damn solid and isn’t going anywhere. Why don’t they run away, fix themselves up, and fight later?

Instead, he shoots the frozen T-1000 and shatters it into pieces. Okay, I know he needed to deliver a catchy one-liner, but look what happens. Moments later, the T-1000 quickly thaws out and reconstitutes itself.

Shouldn’t Ahnuld have known that the T-1000 would thaw out faster when shattered?

Here’s a better idea: why not take the frozen T-1000, pick it up, and just dunk it into the nearest convenient molten steel vat? It’s frozen. It’s not going anywhere. Its’s completely vulnerable.

To evaluate this strategy, I turned to resident OTI scientist Shechner to better understand the properties of liquid nitrogen:

Okay, I have a thesis to write, and can’t give an extended answer to this, but for all intents and purposes, Lee, your reasoning is perfectly correct.  Smaller bits would thaw more quickly, and there’s no reason why they wouldn’t be able to pick him up.  Which is to say, there’s no *real* risk of seriously injuring themselves.

I routinely (accidentally) plunge my fingers into liquid nitrogen (LN2, for people in the ‘biz) for 0.5-1 second at a time.  Hazard of doing cryocrystallography.  It stings like a muthafucker, but doesn’t leave any permanent damage.  More extended contact would require gloves, or, say, robotic hands that don’t feel pain.  If I recall, Ahnuld has both.

As far as I can see it, the only problem might involve the manufacture of the T-1000 itself.  Is there a critical CPU-type-component that needs to be thawed in order for him to function, or is literally every mote of his construction autonomous?  If it’s the latter, then they do, in fact, have a problem transporting him.  Or waiting.  Industrial LN2’s stored at ~100 K (-279.67 F).  We don’t know the freezing (thawing) temperature of the T-1000, but it’s between room temperature (~273 K, depending on the location/season), and that of the LN2.  Which means that, as he’s exposed to the ambient temperature, his outside’ll begin to thaw.  Once those little bits on the exterior go – if any bit is autonomous – then they’re once again in danger.

Now THAT would have been a hilarious sequel: the remaining drop of liquid metal does everything it can to kill John, but the best it can do is crawl into his digestive tract and give him a really bad case of indigestion. 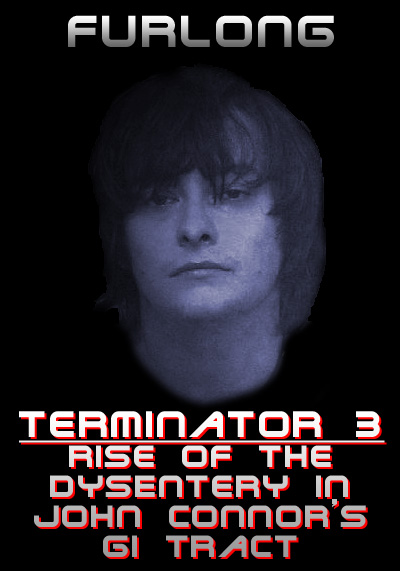 But although this is never explicitly addressed in the movie, we can reasonably infer that separated pieces of the T-1000 are not autonomous for one simple reason: anytime the T-1000 engaged a target, if it could split itself into autonomous, smaller pieces of itself, it would have done so every time in order to come at the enemy from different angles. It never does so in any of the battles depicted in the movie. Plus, Ahnuld tells John that the T-1000 can only form “an object of equal size.”

Granted, the T-1000 can function without 100% of its mass (we see it walking around just fine after a piece of it was blown off during the escape from Pescadero), but even if the T-1000 doesn’t have a discreet “brain” or “chip” the way Ahnuld and non-liquid metal Terminators do, it seems safe to assume that the T-1000 needs to meet a minimum size threshold for it to function properly.

So let’s get back to the issue of picking up the frozen T-1000 and dunking it into the molten steel. Again, OTI scientist Shechner:

I’ll also point out that metals are wonderful heat conductors – a property gloriously exploited in the “miracle thaw.”  Aah, daytime TV products of the early 90’s…  Counterproductively, Ahnuld, having a metal skeleton, would conduct ambient heat toward the frozen T-1000 more efficiently than would either of the Connors’  hands, hence thawing it more quickly.  Which is not to say that the humans should do all the lifting.  The best method of transport would be to keep the T-1000 at LN2 until the point you want to kill it.  Throw him in a barrel and dump more LN2 on him (styrofoam is an eerily good insulator for this), and/or constantly douse Ahnuld’s hands in LN2 as he carries it.

All good advice if they had to carry the T-1000 any significant distance to get to the steel. But look at this scene again: they’re RIGHT NEXT TO a big vat ‘o steel, the same big vat that causes the now-shattered T-1000 to quickly thaw and reconstitute itself! They didn’t even have to worry about the logistical problem of keeping the T-1000 frozen to get it to the dunk tank. Surely it would have stayed frozen while they carried it over the short distance to the steel.

Granted, from a storytelling point of view, this would have made for a far less effective climax. Not only would there not have been the somewhat machina-ex-machina reappearance of Ahnuld to save the day, but since they wouldn’t be on the platform, there would have been no way to lower Ahnuld into the steel, and therefore no way for Ahnuld to do this:

But just when I think I’ve exposed a tremendous plot hole in an otherwise masterpiece of a movie, along comes OTI master nitpicker Belinkie with an alternate explanation:

I think you make one big assumption here. You assume that Ahnuld knows exactly what will and won’t kill the T-1000. Actually, earlier in the movie, doesn’t he say specifically that he doesn’t know if he can kill this thing?

This is true. After the escape from Pescadero, when Sarah asks Ahnuld if the T-1000 can be destroyed, he responds, “Unknown.” Back to Belinkie:

Ahnuld sees the T-1000 frozen, and he knows that if he shoots it, it’s going to shatter into a million pieces. You’re basically saying that he should KNOW this isn’t going to stop it, but I think that’s unfair. All he’s seen is that it can recover from bullet wounds and recover small pieces of itself that have been severed. He has every reason to hope that inflicting THAT much damage would be fatal.

I hate to admit it, but Belinkie has a good point. At the point of saying “Hasta la vista, baby,” Ahnuld has no way of knowing if the T-1000 would melt in the steel. For all he knows, the T-1000 could have just considered it to be a warm bath. Or a nice dip in a hot tub. 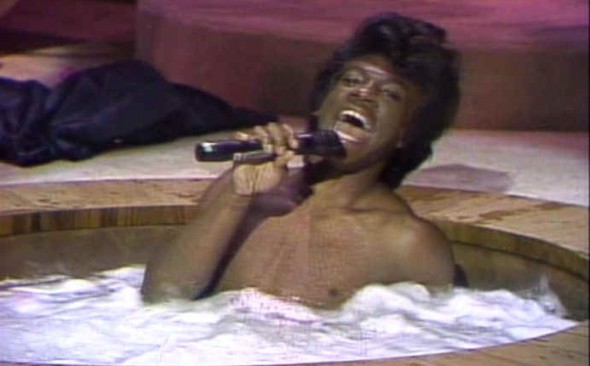 Fine. Maybe Ahnuld did the right thing, but that doesn’t mean this analysis is all for naught. The next time you’re wondering what to do with with a frozen T-1000 in a steel mill, you’ll know exactly what to do.

You can thank me later.

(For further advice on how to defeat Terminators in combat, go back in time and check out Overthinking It Podcast Episode 3: “How to Survive a Terminator Attack.”)