Good morning, Overthinkers! We have had one hell of a week, let me tell you. And I will tell you.

Leading the headlines this week is the continuing battle over the fate of The Tonight Show. As of this writing, rumors – but nothing solid – say that Leno will be taking over The Tonight Show again and that Conan O’Brien will get the boot (with an eight-figure severance package). So if Leno moves to 11:30, who takes the 10:00 slot? Well, we’ve already informed NBC that the smoky-voiced Mark Lee lives in the tri-borough area and has extensive broadcasting experience. Just waiting on that phone to ring.

Question: Where should Conan O’Brien go if he leaves NBC? 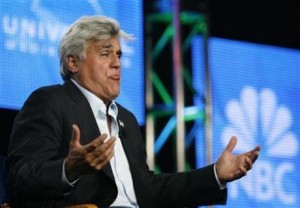 Are funny newspaper headlines no longer a draw?

In other sinking-ship news, Simon Cowell announced that he is leaving American Idol following this season in order to host an American version of his British show The X Factor. The X Factor boasts a wider range of contestants, more control by judges, and fewer singers who drop their pants during auditions.

Question: Who should replace the legendarily cold Cowell on the American Idol panel? 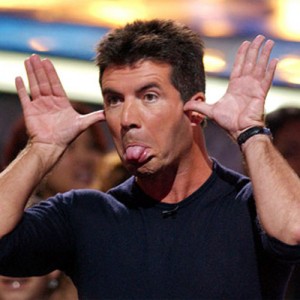 A lame reference to this week's auditions? Not impressed, OTI.

On a more serious note, a 7.0 magnitude quake has left (possibly) thousands dead and (definitely) millions stranded in Haiti. Fortunately, the international response has been overwhelming: Wyclef Jean’s Haiti foundation, Yele, as well as the American Red Cross, have been collecting donations via text. We urge every Overthinker to pitch in somewhere, as the extent of this tragedy can’t be overstated.

Question: donating via text seems to be the “new media / crowdsourcing” response to the Haiti crisis. How else could the First World use the global internet/telco backbone to bring aid where it’s needed? 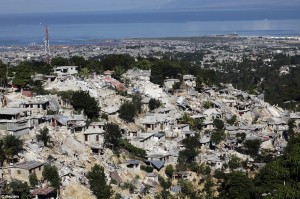 Seriously, there might be one hundred thousand people dead.

Ending on a real downer: the entertainment world said goodbye to punk rocker Jay Reatard and R&B singer Teddy Pendergrass this week. Reatard, 29, born Jimmy Lee Lindsey, was a dynamo in the Memphis punk scene, while Pendergrass, 59, produced several soulful ballads like “Turn Off The Lights.”

Question: Reatard left behind a discography of 22(!) albums, while Pendergrass kept producing hits even after a car accident paralyzed him from the waist down. What excuse are you using to not follow your dreams today?

Anything we forgot? Anything cheerier to add? Sound off in the comments, for this is your … Open Thread.