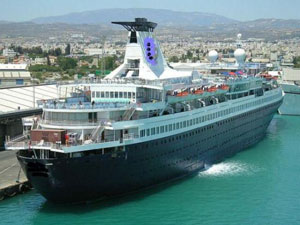 Take a look at this. In 2008, a 640-foot cruise ship was on sale for $31 million dollars. Seems like a lot of money. But the ship is designed to carry 1,279 passengers. Let’s say I played it conservative and found an even 1,000 people who were keen on surviving the zombie apocalypse. If they each paid $400 a month in “zombie insurance,” we could pay for the entire boat in only 75 months, or 6.25 years. But it gets better.

We would probably pay for this ship via a 20-year loan. That means instead of using every dollar to pay for the boat in 6.25 years, we could put only a third of the money towards the loan, leaving two thirds of the money ($266,000 a month) for modifications. What kind of modifications? Basically, we want to make this boat capable of supporting life without docking, indefinitely. We’ll pack it full of freeze-dried survival rations, vitamins, and seeds. We’ll set up every balcony and window with tiny gardens, growing fresh vegetables and grains. I suspect that a Nimitz-style nuclear reactor is going to be more than we can afford, but a combination of solar panels, wind turbines, and underwater generators that harvest the ocean current for energy should be enough to produce fresh water for a thousand people. I would hope it could also power stoves, ice-makers, and water heaters. My goal here is not just to survive the zombie apocalypse, but to do it in style. I want my hot tub. 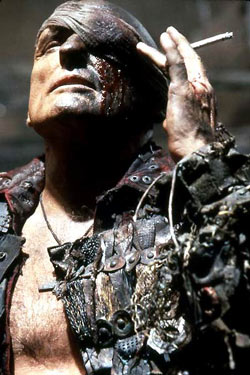 Bring it on, Dennis Hopper. We're ready for you.

We’d also need to arm the boat to the teeth, so that we’d be ready for the pirates. In fact, part of my zombie insurance plan might include bi-annual retreats, where our thousand potential passengers would learn combat training, basic first aid, and fishing (lots of fishing). We’d also just bond – after all, if we’re going to spend the rest of our lives together on a 640-foot boat, we might as well get a head start on hooking up.

Of course, we’ll want to keep the boat’s exact location quiet. Only insurance policy holders will know, and it’s possible we’ll want to move the thing every few years for safety. Finding the right port will be tricky. You want it someplace that’s easily accessible, but remote enough so that it won’t be completely overrun in the first wave of the infection. Delaware might be a good choice.

Anyway, my plan might involve having the boat stocked and ready in the most basic way within five years. After that, the money goes towards constant upgrades. We will probably want to hide massive tanks of gasoline at various uninhabited islands around the world, so we’ll have a source of fuel far away from the population centers. Maybe we can replace the casino with a pen for chickens, to get fresh eggs and a little bit of meat. We can buy missiles on the black market, so that pirates learn that it’s suicide to come within a mile of our ship. And what about new treadmills for the gym? 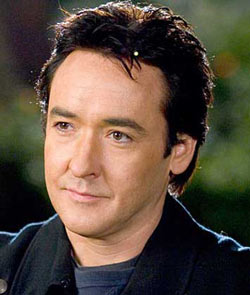 Yes, John Cussack will be invited. But on everyone's birthday, he has to stand outside their stateroom and hold up a boombox playing Peter Gabriel. The first time he complains, he's overboard.

Of course, this plan has a problem – the same problem I have now. Once the zombie apocalypse hits, actually making it to the cruise ship may be next to impossible. Anybody else see 2012? To get to his ark and escape the apocalypse (water-based, not zombie-based) John Cussack is in no less than three situations where his plane just barely takes off as the runway falls into a bottomless abyss.

The folks who are particularly worried about zombies may want to live right next to where the boat is docked. The rest of us are just going to have to take our chances. Honestly, I think the ship’s designers could safely assume that of the 1,000 paying passengers, only about 500 will actually make it to the boat alive. Actually, you could probably have 2,000 paying passengers, and only assume that 500 of them will be able to make it to the boat alive. Or, if you really need the money to get this project off the ground, sell the insurance to 5,000 people, and explain that when zombies attack, ONLY the first 500 who arrive at the boat will get to escape. The rest are out of luck.

It should go without saying that everyone who gets on the boat receives a thorough inspection, to guarantee that no one is harboring the infection. Even better: every single person on the boat is locked in their staterooms for the first 72 hours, with food and water. We only let people out after we’re 100% sure they are not turning into zombies. (You doom-and-gloomers might wonder what will happen if the handful of people who are supposed to unlock everyone succumb to the zombie virus themselves, leaving hundreds of people chained in their rooms. Or what happens if pirates strike fast and hard while everyone is quarantined. But you know what? Stop being so pessimistic. We can SOLVE these problems. We can DO this.) 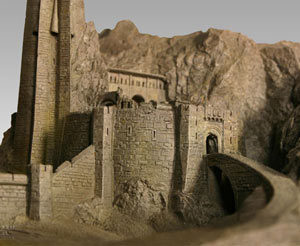 Some of you might argue that for $30 million, we’d be better off building a land-based survivalist compound, probably high in the mountains where zombies are unlikely to climb to. It’s true that your money will buy you a lot more space, supplies, and comfort if you don’t have to plan for life at sea. But I highly prefer the boat – being able to TRAVEL is simply invaluable in an unpredictable situation. Consider:

I’m not saying the zombie-proof cruise ship will be “safe.” In a situation where 99% of the world’s population has been transformed into bloodthirsty monsters, “safe” is kind of off the table. But this solution will leave us virtually untouchable by zombies, armed to fight off any pirates, and free to travel the world in search of safety. And I promise, no matter how bad things get, I WILL keep the hot tubs working.