And good-bye to the working week.

First off, Overthinking It bids farewell to two older icons of the entertainment industry: Jennifer Jones, star of The Song of Bernadette and Duel in the Sun (in the 40s and 50s) and Roy Disney, part owner of the empire of that name. Disney breathed new life into the company’s animation division, helping create gems like Beauty and the Beast and disappointments like Fantasia 2000. Actors who won Oscars for playing saints and pioneers of 2-D animation: they probably weren’t going to like the 21st century much anyway. 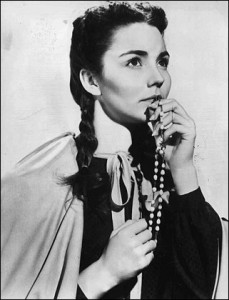 Not to take sides on religions, but name the last Oscar-nominated nun.

Second, the Golden Globe nominations were announced earlier this week. Up in the Air sits atop the pile with six nominations. Avatar, The Blind Side, Inglourious Basterds and a dozen movies you’ve never seen nor heard of are also up for awards. House is going up against Season 3 of Mad Men for Best Drama. That guy punching that girl on Jersey Shore? Apparently not dramatic enough.

Question: The Golden Globes have no problem giving comedies their own category (this year’s nominees: (500) Days of Summer, The Hangover, It’s Complicated and Julie and Julia). Why won’t the Oscars? 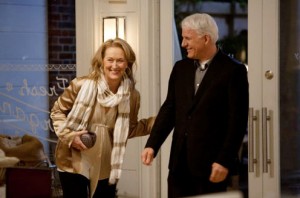 Nominated for both It's Complicated and Julie & Julia, Meryl Streep is competing against herself this year. 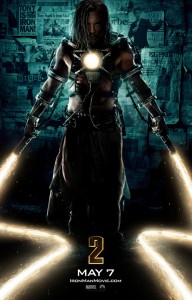 Remember when this guy was a believable love interest for Kim Basinger?

And of course, anything else you want to discuss in the comments. This is YOUR … Open Thread.