Please enjoy this guest post by Jared Bauer, looking at the literary and metaphysical origins of The Dark Knight. Like it? Then tell us in the comments! 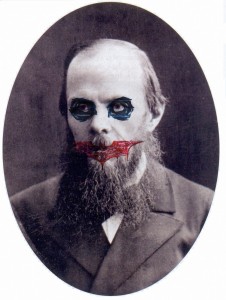 Let’s assume for a second that everything the Joker says is nonsense. After all, he is the Joker. And what does the Joker do? Well, joke, of course. But why does he joke? Part of the reason that The Dark Knight has raised the bar for its genre is because, unlike its contemporaries, it dares to answer this question. Why did Jack Nicholson joke? Because the acid accident made him crazy. Why did Doc Ock go on a rampage to destroy New York? Because the mechanical tentacles made him crazy. Up until The Dark Knight, it generally just stopped there.

Simultaneously the most harrowing and the most absorbing aspect of Heath Ledger’s Joker is that the Nolan Brothers did not equip him with madness. They armed him with a philosophy. He jokes because everything is trivial. He is pure nihilism. As if Nolan was writing a thesis for his character, the Joker makes his grand entry:

Joker: I believe that whatever doesn’t kill you simply makes you….. stranger.

It is precisely this philosophy that served as a perpetual source of inner torment for one of the world’s greatest novelists, Fyodor Mikhailovich Dostoevsky. Quite possibly the most famous autonomous chapter in western literary history , and a milestone of modern thought, is “The Grand Inquisitor,” part of Dostoevsky’s magnum opus, The Brothers Karamazov. It’s about a 30 minute read, but if 19th century Russian Lit isn’t your thing, don’t sweat it, I’ll explain everything on the way. 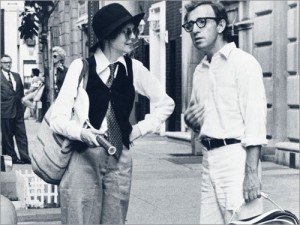 The poem “The Grand Inquisitor” is delivered by Ivan Fyodorovich Karamazov, an over-educated, pedantic, atheistic scholar who would probably idolize Ayn Rand if he were alive today. It takes place during the Spanish Inquisition. People are being hung from ceilings, the torture racks are breaking joints, and the screams are echoing through the extravagantly expensive churches. All is good. That is, until Jesus Himself descends from Heaven and starts healing the sick and reviving dead children. When the Grand Inquisitor sees that Jesus has returned, he incarcerates him. The bulk of the short poem illustrates the Grand Inquisitor telling Jesus that mankind is too ignoble to adhere to his teachings. In order to maintain order and keep the masses dumb and happy, the Inquisitor must inhibit the “freedom, free reason, and science” of Christ’s teachings in order to save the human race from the “horrors of slavery and confusion.”

15 Comments on “The Dark Inquisitor”