Many fundamental physical properties obey what we scientists call conservation laws, meaning that the universe contains a finite amount of them which cannot be exceeded.  Think mass/energy, linear/angular momentum, quantum/molecular orbitals, or the number of times I can be expected to engage in conversation with a grown male  Miley Cyrus fan before somebody ends up dead.

That last one’s perilously close to being exhausted, by the way.

Now, one can be trained in this manner of thinking for only so long before it becomes habit to assume that anything of importance must  fall under the constraint of a conservation law.  Economist Charles Issawi, for example, postulated that in a closed system the total amount of Evil remains finite, but can change its form.  (Hence, say, the dissolving of a single, enormous totalitarian regime in the Soviet Block would result in many smaller civil wars and incidents of ethnic cleansing.)  I for one have a hard time not assuming that things are conserved; despite Fenzel’s numerous, herculean efforts at proving to me otherwise, I remain unconvinced that there isn’t a finite amount of money in the world.  Maybe if I had actually ever held some money with my own two hands, that might make the argument more convincing.

But lately I’ve been thinking less about the intangible, fundamental building blocks of the universe, and more about the paralogous bits from which our Pop Culture is composed.  Take Soul: after Ray Charles died a few years back, did the large agglomeration of R&B harbored in that man’s body disperse itself back into the pop culture ether?  Or does it pass, chose-one-style from one generation to the next?  Am I the only one who noticed that Justin Timberlake got appreciably more soulful after The Genius passed on? There’s almost certainly some interesting math there, somewhere.  The kind of math you do by candle light, clad only in white silk bedsheets, and while humping.

Anyway, I digress.  On Tax Day I suggested that we collectively seek out the Good News offered by one Mr. James Brown.  I’m a huge J.B. fan, and something I’ve marveled at for some time now is the large, eclectic list of nicknames he collected for himself during his career.  A good number of these were bestowed upon him (“The Godfather of Soul,” “Soul Brutha’ Number One”…), but then, a good number were literally just  the name of a number-one hit he’d gotten, sometimes preceded by “Mr.” (“Mr. ‘Please, Please, Please,'” “Mr. ‘It’s a Man’s, Man’s, Man’s World’,” “Brother Rapp”…).  Really, when the final outro for your live performances is just the enumeration of your complete list of monikers, and when said outro takes ~8 minutes to complete, it’s time to consider if you’ve just started naming your songs things you’d like to hear yourself called in public.  It is perhaps the most grandiose example of resume padding ever achieved outside of Russian Politics.

But this stockpiling of stage names could be seen as another way in which not only J.B.’s musical sensibilities, but his showmanship would help establish paradigm for the next thirty years or so.  Consider the number of alternate monikers and/or personae taken on by his contemporary George Clinton, his acolyte Prince, or frankly, the entirety of the Rap community.  Heck, I can’t even bring myself to make a joke about Kool Keith; I’ll just advise that you block out a good 2-3 hour chunk of free time, and direct you to this page.  One day, SAG will demand that, like actors’ names, nicknames must be unique identifiers.  On that day, Kool Keith’s hilltop castle will be stormed by swarms of pitchfork-wielding wannabes, each demanding their fair share.

He will lay waste to them all.

So, do stage personae obey a Pop Culture Conservation Law?  Now that Mr. Brown’s new bag is, in fact, a pine-wood box, and he just might literally have ants in his pants, what becomes of his collection of nicknames?  I postulate that the existing community of people who’d lay claim to them might very well take this opportunity to coopt them.  Click on the pic below to see a small rogue’s gallery of those I suggest might fit the bill: 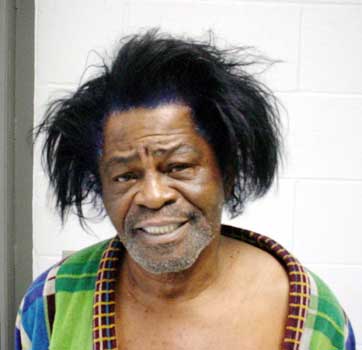 So, did I miss any of your favorites?  Got better suggestions?  Any other artists whose ability to rebrand themselves has been a subject of your fascination?  Sound off in the comments!

6 Comments on “What’s in a Nickname? Or a Half-Dozen of them?”