In the new Street Fighter movie, Chun Li is REPEATEDLY told that only she can stop Bison.

There is no evidence of this.

We’re going to go from the inside out here folks. I’m going to start talking about Dragon Ball and something I think makes Dragon Ball special — then I’m going to branch off pretty quickly into the rest of pop culture, why it is the way it is, and what it can learn from Toriyama’s storytelling style. 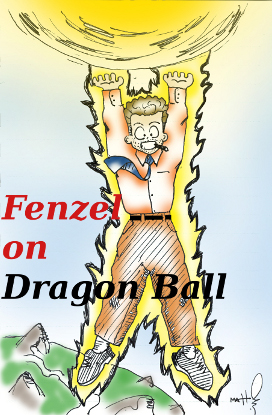 I was very glad when Atomic Red wrote in to ask us about “The Chosen One” in popular culture, because I’d just completed a vigorous e-mail exchange with Belinkie on this very topic — and on how it relates to how much the new Dragon Ball movie sucks in both concept and execution (although this was mostly drawn from the trailer, as I have not seen it yet).

According to the trailer, the Dragon Ball movie is about magical Dragon Balls being created by seven mystics who defended the earth from an alien invasion, and how somebody needs to find them so that he can save the world in the style of people who came before. Who? Why, “The Chosen One,” of course.

This is nonsense. Everybody knows the Dragon Balls were created by the Namekian Kami, after he banished evil from his body and became Guardian of the Earth, as a challenge to the people of Earth to test their courage and follow their dreams, and that most people looking for them at the beginning of the story just want sex.

Okay, maybe not everybody knows that. I will concede it is somewhat beside the point.

The point is, I am tired of prophesy and destiny dominating popular adventure media. I am so tired of reluctant, dithering heroes being told they need to do something that they are thoroughly incapable of doing and that is totally against their natures, with the main justification being a mystical prophesy that, until this very moment, has usually not come up in any of these characters’ lives.

Look, I don’t have a problem with the cliche in and of itself. I love Star Wars. Heck, it’s a pretty standard sort of story idea. It just only works for certain sorts of stories, which don’t need to be told all that often. Plus, it’s shoehorned into stories where it doesn’t work, doesn’t add anything, and doesn’t make sense — and it’s done so far too often with little in the way of subtlety. 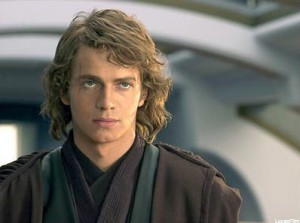 But the Chosen One motif has taken over most of our movies and is gaining steam rather than losing it.
Encouraged for ten years or more by modern misfit Bildungsromans like The Matrix and Spider-Man that are mostly just copping on Granddaddy Star Wars,  it seems as if every other action movie out there takes a character in a thoroughly secular world and gives him a flimsy exclusivity on the spiritual.

And it’s more than just this specific character type; the character tends to come into his/her own in the same prectable way. Everything else in the world has clear, scientifically comfortable explanations — everything is nice and clean and people buy food at the supermarket, clothes at the mall and iPods at the Apple Store — except there is supernatural agency at work demanding that a 16 year old girl has to go try to jump kick a random third-world dictator dressed as a two-bit executive halfway across the world for no discernible reason, and that’s okay, because she’s special.

But why? Because God says so – except it isn’t God, it’s Destiny. Or the Prophets. Or a really smart primordial computer with a beard. Or the Seven Mystics of Ridiculous Travesty. Or <REDACTED RANT ABOUT THE THOROUGHLY INADEQUATE SERIES FINALE OF BATTLESTAR GALACTICA>.

Heck, a lot of the time, they don’t even bother to tell you who Chose the Chosen One in the first place. And that’s pretty frickin’ lame, because if I’m a protagonist, and I’m going to externalize all my motivations in life — to totally reverse my mentality and preferences and aspirations for myself because I have been Chosen, then I’m sure as Heck going to make a serious evaluation of the Chooser before signing any papers.

Being the Chosen One in some of these nonsense movies is like taking out a mortgage without knowing the name of the bank.

Found this in a Google image search for "choose and perish" and had to share.

Credit card companies send me letters that I’ve been Chosen all the time. The correct Choice for those is to trash them. They should make a movie about a reluctant teenager who one day gets an e-mail from an old master who tells him he’s been CHOSEN, and that it’s his DESTINY help him save $10 million dollars that belong to a displaced African dignitary. All he has to do is send his bank account number . . .

On the other side of the coin, I am equally tired, if not more so, of that moment near the end of so many movies where somebody is about to do something, and then everybody stops, and somebody yells “YOU HAVE A CHOICE!”

You know, thank you for stopping everybody. It’s good you say that, because, up until this point, the guy has just been reading the script. Thanks.

Are all these movies being written by the same guy? Is there a script doctor who goes to every action movie and insists “No! No! Tell, don’t show! Tell me that the character needs to get in a fight. Tell me the character needs to throw the switch and turn off the Dark Electricity Generator or what have you. Explain it. Just say that it has to happen, and then we don’t have to worry about imitating or portraying human behavior, which is boring and bad for movies.

And I want more destiny in this picture. Nothing sells like determinism!”

Dragon Ball (at least the original comic) isn’t about any of that crap at all. Dragon Ball is about having fun, improving yourself and enjoying life even in the face of material and existential disaster. The first thing the protagonist Goku does in the book is fistfight a giant sword-wielding wolfman. The last thing he does is fistfight a 14-year old boy. Goku loves fighting, and he rarely has to be convinced to do it. If anything, he fights too much, which is why he is always getting killed and stuff. 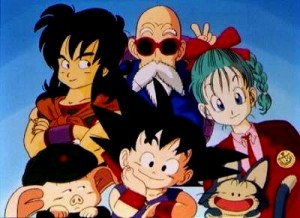 It ain't all yellow hair and laser beams. There are also barbecues.

In Dragon Ball, the characters who harp about destiny may win a few dozen early fights, but, when it matters, they always get their asses kicked, repeatedly and hard. The characters who win are the ones that work hard, push their limits, and love what they do. If you’re not having fun, you’re doing it wrong.

11 Comments on “Fenzel on Dragon Ball #2: On Chosen Ones and Super Saiyans”