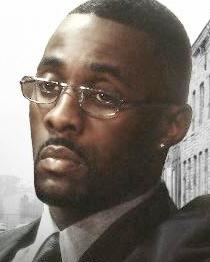 Stringer Bell is tired of Alanis Morissette jokes, and so are we.

In 2003, I wrote the Urban Dictionary definition of Morissettian Irony. In the song “Ironic,” Alanismentions a bunch of things that aren’t really ironic, they’re just unfortunate in precisely the way you would expect. I don’t want to talk about the song specifically right now. The song is pretty kicked and tired at this point. We’ve all heard jokes and arguments along those lines more times than we can count.

I want to talk about two things that happened this week, and a new (old) way to talk about non-ironic situations that still quizzical moments, where you know a few meanings that relate to each other are bumping together.

Stringer Bell on The Office, after the jump —

First, as promised, Stringer Bell was on The Office. Of course, I’m talking about the actor, Idris Elba (that would be too crazy a character crossover even for me. Maybe Blinks could write some fan fiction about it; oh, wait–). On The Wire, Elba played Stringer Bell, a cool, serious, business-minded drug kingpin, right-hand man to notorious gang boss Avon Barksdale. On The Office, he plays a similar character – a serious, tough, business-minded manager. This time, he’s a sort of Grim Reaper of fun, come by to tear through the world of The Office and bring its fantasies crashing earthward. NPR did a nice piece on the episode here.

This juxtaposition is actually ironic – having so serious an actor playing so serious a character on so silly a show definitely creates moments that are the opposite of expectation, and that’s what irony is all about. It’s also a great piece of metacasting. 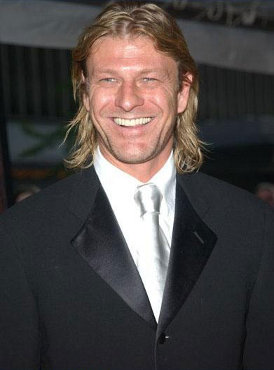 My favorite piece of metacasting ever is Xander Berkeley, first as Secret Service Agent Gibbs in Air Force One, and then as George Mason on 24. I won’t spoil anything, but I will say that anybody who saw Air Force One would have certain expectations about what George Mason was going to be like, and I’m convinced that the 24 people milked that for all it was worth.

Anyway, why do I bring this up? Because it happened this past week, and it’s actually ironic!

You know what wasn’t ironic and happened this week? Sylvia Plath’s son killed himself.

Nicholas Plath, a biologist, had problems with depression for much of his life, and hanged himself. This isn’t funny or anything. It also isn’t ironic.

But sitting here and saying “That isn’t ironic, Alanis!” isn’t helpful. You and I both know that when you hear that Nicholas Plath killed himself, there’s a bit of a light that goes on – a recognition that there’s an underlying pattern.

It isn’t irony. The stock answer is that it’s “coincidence,” but this isn’t a coincidence. Depression runs in families. 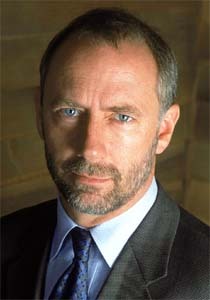 But yeah, there’s a reason that headline gets clicked on more than others that feels a lot like irony.

There’s a really good term for this that I’m going to suggest people use more often. It comes from traditional hermeneutics, so it’s pretty old school.

Nicholas Plath killed himself. That’s what I call antitype.

An antitype is something foreshadowed by something symbolic. The original symbolic thing that does the foreshadowing is the type. The thing that comes later and repeats the pattern is the antitype.

The classic one is Moses and Jesus. Moses is a leader God gives the Jews who leads his people to the promised land. Jesus is the same thing. There’s a whole branch of old-timey theological interpretation that the Bible is a series of patterns – types that show up early in human history and get replayed over and over for different people and on different scales for different reasons.

Another big, and perhaps more popular with our readership, type/antitype is Anakin Skywalker / Luke Skywalker. Both get their hands chopped off and replaced by robot hands, both are scrappy kids from the desert who grow up, mentor under a Jedi, and get in deeper than they would like before doing something climactic that ends up foiling the dark side of the force. There are a lot of similarities and patterns that are deliberate. Of course, that pairing is pretty ironic, since Darth is a bad guy for most of the time that I at least am interested in watching him. 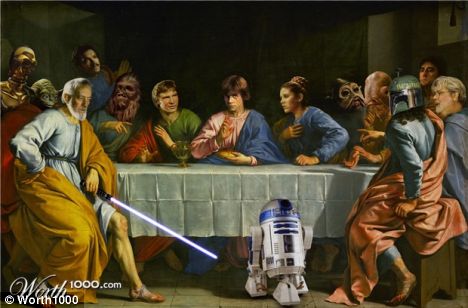 Interpretive principles don't change that much.

Foreshadowing is really important to storytelling, and we recognize it even when it isn’t intended (such as in the real world) and not all foreshadowing is going to be ironic. It’s useful to have a way to discuss it rather than making an Alanis Morissette joke.

I encourage you to use antitype. It fills a niche nicely.

Agree? Disagree? Got your own examples of this sort of pattern? Let us know in the comments!

Or read more from… Culture, Featured, antitype, irony, It Sucks Being In The Plath Family, Sean Bean Cannot be Trusted, the office, the wire

5 Comments on “Isn’t It Antitypical? Beyond Morissettian Irony”