Sorry chaiwalah, that's all the time we have!

Here’s something I’ve noticed: when a movie clocks in at precisely 120 minutes, like Slumdog Millionaire, there’s probably a reason. Sure enough, I found an interview with Danny Boyle in which he says, “We had to cut to get the film down to exactly 2 hours.”

This is not uncommon. Hollywood has become convinced over the years that two hours is the point of diminishing returns. Longer than that, production costs go up, theaters can squeeze in fewer showings, and audiences start to shy away. So studios often insist that directors pare their movies down, no matter what.

David Lynch’s first cut of Blue Velvet was over four hours. The finished product was exactly one frame under two hours (the poor guy had the same two hour limit for the Twin Peaks movie). The director John Sayles actually encouraged his actors to speak faster in Eight Men Out, so he could squeeze the story into 120 minutes. 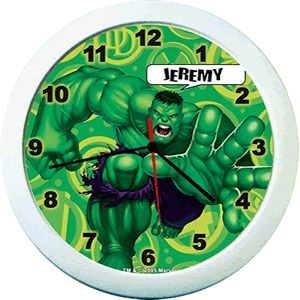 Writer/director Richard Kelley publicly complained that Donnie Darko had been “compromised” in trying to make it less than two hours long. Edward Norton did more than complain – when Marvel insisted on cutting The Incredible Hulk down to the magic two hour mark, he refused to do any publicity for the film beyond the bare minimum. (Boyle himself actually dealt with a two hour limit once before, with The Beach.)

And some of the greatest films ever made narrowly escaped being chopped down to two hours. MGM wanted 15 minutes taken out of North By Northwest to get it down to 120 minutes. (Luckily, Hitchcock had final cut.) And believe it or not, New Line had a clause in Peter Jackson’s contract which gave them the right to demand a two hour cut of Fellowship of the Ring. In an astounding case of a studio making the right decision, they let Jackson go way way way longer than that.

So what Slumdog scenes got left on the cutting room floor? Well, Boyle says:

There’s some wonderful stuff with the show host going to the police station and the police commissioner who’s very funny, but it was just confusing and too long, so I just cut it…

We did have an extra question, actually. We cut it for many reasons. One was for length. The other was because it was slightly confusing. You’ll have to watch the DVD to see it. It was a question about a British architect, Frederick Stevens, and what monument in India did he build. The options were: Taj Mahal, Howrah Bridge, India Gate or VT Station. That’s why at the end of the film, Jamal rather bizarrely sat on the statue of that British architect.

Of course, necessity is the mother of invention, and it’s totally possible that Slumdog is a better movie at 120 minutes than it would have been at 140. When Peter Jackson made King Kong, he was so determined not to cut a single thing that he put up $32 million of his own money. And even though I really like the movie, I thought it didn’t have to be 188 minutes. Sometimes, having to think long and hard about what to cut is a good thing.