We’re all weighing in on which pop song has the best plot. Make sure to read Part 1.

“The Devil Went Down to Georgia,” The Charlie Daniels Band
from fenzel

Some stories reward that first read (like, say, Clear and Present Danger). Some stories reward rereading (like, say, The Pokey Little Puppy). Really good stories manage to do both. Truly great stories are elegant — they excel at both at the same time while giving ground to neither. “The Devil Went Down to Georgia” is more than the best story in a pop song — it is one of the most elegant American stories of the 20th century.

At first, it is a blazing country/rock ballad about a young boy’s fiddling contest against the Devil with strong, simple themes — Southern pride, the Faust story, tradition vs. progress, the power of music, youth, vigor and glorious defiance. It’s even written in the timeless ballad stanzas and refrains that produced about a thousand years of the best songs in English, and could stand up next to any of them. It is meat and it is potatoes.

Below the surface, it goes for miles. 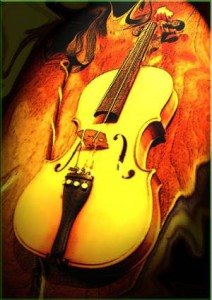 Daniels based the song on Stephen Vincent Benet’s “The Devil and Daniel Webster” (legendary short story, 1937; folk opera, 1938; RKO motion picture, 1941) — a key piece of 20th century American literature. While Benet’s themes are intuitive and essential to understanding the American mind, its oft-clunky plot relies on big oversimplifications that force it wide of its mark.

Georgia is richer; more robust; wields metaphor better; has more compelling things to say about ethics, aesthetics and tradition; and captures the essential contradictions at the heart of the American soul. And it does it all in less than 400 words. It is a vast improvement on a legendary short story, and it still rocks the house at Cosmic Bowling.

I can’t do it justice here, but I’ll leave you with one nugget — one key to exploring the depths of this piece of literature.

The Devil goes down to Georgia, not up.

This is on purpose, and it is important.

“Before He Cheats,” Carrie Underwood
from stokes

Perhaps not the greatest story ever sung, but I’ve been meaning to write about it for a while.

The actual plot here is simple but timeless.  Boy meets girl, boy already has other girl, other girl gets medieval on his ass/car.  The lyrics begin with

And it goes on from there, as Carrie’s man buys the tramp a drink. plays pool with her, sings along to Shania Twain, and puts on cologne in the restroom.  Well… probably he does those things.  We never get an unqualified statement of fact.  And that’s the sublime thing about the lyrics, because look what happens as the song moves into the chorus!

I dug my key into the side
of his pretty little souped up four-wheel-drive
Carved my name into his leather seats
Took a Louisville slugger to both headlights
Slashed a hole in all four tires.
Maybe next time he’ll think before he cheats. 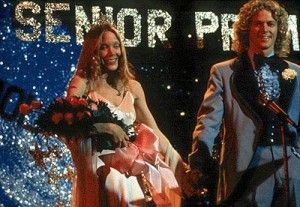 Another Carrie with an anger management problem.

Maybe next time? Next time? Lady, you don’t even know if he did anything THIS time! We’ve moved from the subjunctive mood to the declaratory:  he probably thought he was getting lucky tonight; you definitely pounded the ever-loving shit out of his car.  The shift in tense intensifies the effect.  Even if Carrie’s man is flirting with a girl – which is unlikely – there’s a chance that he’ll come to his senses and break it off before anything serious happens.  Not so for Carrie herself:  those leather seats have done been defaced already.

“The next time he cheats, it won’t be on me,” Underwood sings.  Damn straight.  And that is because he will have dumped you, you lunatic, and you will be in jail.

“I Got a Story to Tell,” Notorious B.I.G.
from sheely

At first glance, a song called “I Got a Story to Tell” might seem a bit too on the nose to the “Greatest Story Ever Sung”. But this is no ordinary tale that must be related: the person who has the anecdote to convey is the Notorious B.I.G. and the yarn he needs to weave entails him picking up the girlfriend of a New York Knicks player at a nightclub, going back with her to the basketball star’s apartment, nearly getting caught in flagrante delicto, and narrowly escaping by pretending to be a robber (and actually getting a couple hundred dollars from the unlucky dude in the process).

Who is the unlucky Knickerbocker? Given that this song is most likely set sometime between the time that Biggie was released from prison in 1990 and his death in 1997, and mentions that the player is “one of them 6’5 n***as”, shooting guard John Starks is the most likely candidate for the cuckoldry in question, as he played for the Knicks from 1990 until 1998 and stands precisely six feet five inches tall. 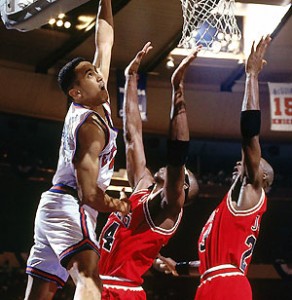 Once he makes it out of the apartment a few hundred or thousand dollars richer, Biggie calls his friends telling them, “Bring some weed, I got a story to tell.” However the song doesn’t end here; the beat continues for another two minutes, while Biggie recreates the adrenaline-fueled version of the story that he shared with his friends after getting out alive.   Hearing the rapped and spoken descriptions of the same event side-by-side provides a more complex portrait of Christopher Wallace than you can get from sitting through the entirety of Notorious.  The re-enactment of the post-escape debriefing shows Biggie as a normal guy who was lucky to escape a crazy situation; the meat of song itself showcases how he was able to combine his unmatched flow and eye for detail to reinvent himself as a legendary lover and gangster.

So what did you think of “Think Tank?” Let us know in the comments – we might use your suggestions for future installments.

9 Comments on “The Greatest Stories Ever Sung, Part 2 [Think Tank]”