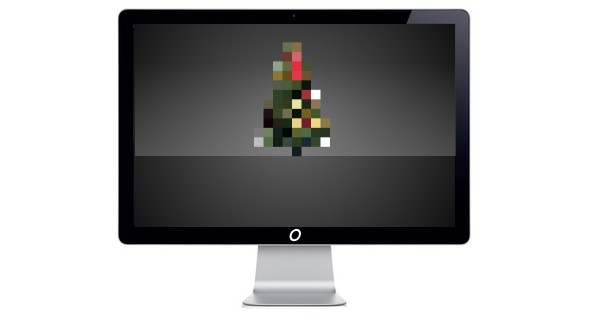 The Secular Xmas season starts earlier every year–I swear I heard bells jingling over the mall PA at the beginning of November. Pretty soon Santa will be out on Labor Day, welcoming kids back to school.

If you’re like us, you aren’t busy today running from big box store to big box store, over-consuming as many goods as the rapidly expanding trade imbalance will allow. You’re on the computer, googling for ever more obscure pop cultural ephemera and wondering if you should change out of your pajamas.

So join us around our metaphorical Festivus pole, and see what the Overthinkers™ overthink you overwant this holiday season. (Oh, and we get a kickback when you buy these things–or, for that matter, buy anything–when you go to Amazon after clicking on our links. Sneaky, huh?)

In today’s current economic crisis, most Americans want escape. I have mixed feelings on escapism, myself, but you can’t do better than Burn Notice if that’s what you’re looking for. The USA action comedy follows the exploits of Michael Westen (a brilliant Jeffrey Donovan), a spy who’s just been fired — “burned” in spy speak — for no good reason and left alone and broke in his home town of Miami. With the help of friggin’ Bruce Campbell as his alcoholic ex-Navy Seal buddy, Gabrielle Anwar as his super-skinny ex-IRA ex-girlfriend, and Sharon “Cagney” Gless as his annoying mother, Michael has to find out who burned him while helping the helpless with his spy skills to pay the rent. Silly? Yes. It’s definitely more MacGyver than The Wire. But it’s also one of the funniest, cleverest shows on TV.

Yeah, yeah, us fauxpsters need to get over the fact that Arrested Development was cancelled. I know.  But if we ever want to see that movie materialize, we need to keep those DVD sales coming. If you already own the DVDs, this is a perfect gift for all your friends, whether they would like the show or not.  If you don’t already own the DVDs, this is a good gift to buy yourself, just for the hell of it.  And you really are getting a good deal, here.  The idea that you can buy this whole set for less than fifty dollars boggles the mind.  That’s less than a dollar an episode.  That’s something like five cents a minute. Where else can you get entertained for five cents a minute?  And even that figure assumes that you would be watching them only once, which is ridiculous.  The show is a jigsaw puzzle of self-referentiality, so there’s some new joke to laugh at every time you watch an episode.

Besides, it’s not in syndication, and never will be.  You CAN’T get the milk for free. Why not buy the cow?

The Power Broker: Robert Moses and the Fall of New York by Robert A. Caro
from lee

Weighing in at 1,344 pages, this hefty tome may at first scare off all but the most serious Overthinkers of New York City History and Urban Planning. To be fair, I certainly wouldn’t recommend this gift to someone with only a passing interest in those subjects. But assuming you deem your giftee worthy of this, and assuming he or she works up the courage to dive into it, he or she will come back thanking you profusely and talking your ear off about the corrupting nature of power, the need for more investment in mass transit, and the social injustices of New York City public housing.  Such is the power of this book that he or she will be going on about it for weeks on end. It’s the gift that keeps on giving! You won’t even have to read the damn thing yourself, and you’ll be able to talk about Robert Moses as if you’d read that really long but amazing book about him!

The Gun Seller by Hugh Laurie
from Matthew Belinkie

Personally, I’m not a fan of House. (Here’s every episode: first diagnosis wrong, second diagnosis wrong, House notices the patient is wearing a Phish t-shirt and somehow uses that detail to solve the case.) But if you know a House fan, make his day by getting him The Gun Seller, Hugh Laurie’s first and only novel, from 1998.

But as it turns out, Laurie can write. In fact, he submitted this book using a pseudonym, because he didn’t want a publisher to accept it just because of his famous name. At less than three cents a page, my diagnosis is Christmas Slam Dunk. And I don’t need to see your t-shirt (bonus bonus pick!) to say so.

Everything and More: A Compact History of Infinity
from shechner [Wait, who? –Ed.]

If I were anything like the rest of my OTI colleagues, I’d have been able to get through more than the first 500 pages of Infinite Jest (which, if I recall correctly, is somewhere around the end of the title page). Likewise, if said colleagues were anything like me, they’d do math proofs for fun.*

So I offer a wonderful synthesis that truly would keep us all happy – David Foster Wallace’s Everything and More, A Compact History of Infinity.  The author was, of course, one of the great modern princes of literary overthinking himself, and the subject he’s chosen — the history and structure of transfinite numbers — ranks among the most esoteric and overthought branches of math.

Hence, it’s appropriate in any number of regards. D.F.W. manages to wrangle together a beautifully clear, if not characteristically footnote-beleaguered explanation of how Mankind came to tractably wrangle with the nature of the Infinite, how one type of Infinity might not be quite the same as another. It’s part math textbook, part a story of personal exploration, and part a love-letter to one of his favorite high school teachers, all of which is glorious.  You’ll laugh, you’ll margin-scribble, you’ll learn mathematical principles explicitly named in a Jonathan Coulton song.** And, as artistic works tend to appreciate in value following their creators’ deaths,*** you can ask those to whom I’ve already gifted this exceptional piece**** if they’ve seen growth in their portfolios.*****

* No doubt you’re tempted, dear reader, to point out by way of counterexample Mr. Belinkie’s post on the physics of Superman II.  Perhaps I should append the text to read “…they’d do math proofs for fun, without asking me to do ’em for them.”
** “Mandelbrot Set,” to be precise.
*** Yeah, that was probably pretty awful of me to say.
**** I won’t say who on this site qualifies, but his name rhymes with “Cleet Menzel.” Okay, it’s Wrather.
***** See what I did here?  It’s rambling description, rife with footnotes. Someone has to take up the mantle.