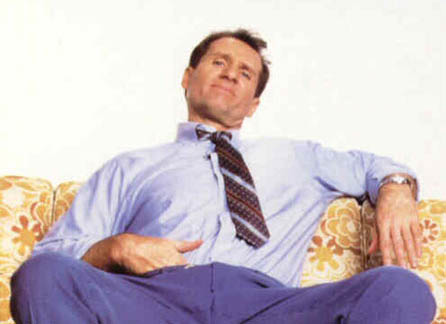 A Republican friend of mine (yes, I have them) recently called my attention to Sarah Palin’s favorite nickname for her supporters. “Honestly,” this friend complained, “does anyone want to be a ‘Joe Six-pack?’ Does anyone hear her say that and think, ‘Yes! That’s me!'”

It’s one thing to say you represent the common man. It’s another thing to define the common man as “someone who likes beer.” That’s stereotyping the group you’re supposed to understand, and it’s not even a positive stereotype. When you think about it, “Joe Six-pack” seems like an insult, akin to “Redneck.”

But hey, there are armies of consultants out there helping these candidates choose their words, so maybe the McCain folks believe “Joe Six-pack” plays. Maybe it’s like the red state n-word. Joe Six-packs can totally call each other that, as a statement of solidarity. But if Obama ever referred to a McCain supporter as a Joe Six-pack, he’d be branded a horrible elitist.

On the other hand, maybe what Palin means is that her supporters are totally ripped.

Then I got to thinking, if Palin can call her supporters Joe Six-packs, then maybe Obama should come up with a nickname for his supporters too. A nickname that plays off the most condescending stereotypes about them. Some suggestions:

I will be sorely disappointed if you guys don’t fill the comments section with better ones.