Robert Mugabe may be a Fighter, but is Barack Obama a 6525th level cleric?  Because that’s apparently what it would take to cast a “World Racial Healing Spell.”  That’s right, the worlds of politics and Dungeons and Dragons have collided on the campaign trail. 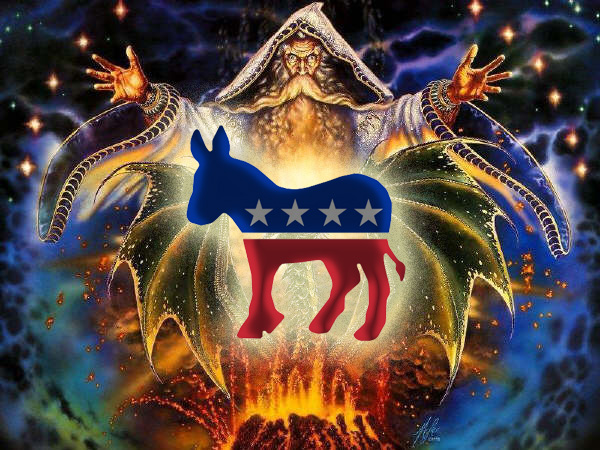 It may be typical of the pro-Obama Dungeons & Dragons crowd to disparage a fellow countryman’s memory of war from the comfort of mom’s basement, but most Americans have the humility and gratitude to respect and learn from the memories of men who suffered on behalf of others.

Burn.  A virtual wedgie to the sweaty, chubby butt-cheeks of the Democratic Party.  But did Joe 12 Sided Die just sit around in mom’s basement and let this one go?  Hell No!  Instead, they pooled their collective manna, cast a serious Protest & Influence spell, raised some online hell, and elicited this D&D reference-laced apology from Goldfarb:

If my comments caused any harm or hurt to the hard working Americans who play Dungeons & Dragons, I apologize. This campaign is committed to increasing the strength, constitution, dexterity, intelligence, wisdom, and charisma scores of every American.

Classic.  But even more classic are the comments that appeared on a blog in response.  Some of the highlights:

And my favorite, which I referenced earlier:

“In order to cast the World Racial Healing spell you need to be a 6525th level Cleric.”

Now, if I may pose these question to you readers, some of whom may be former or current D&D players (and I do not judge if you are):

Sound off in the comments.