This started as a comment in a thread, but now it’s a FULL-BLOWN CONTEST.

There are not enough good roles out there for women. 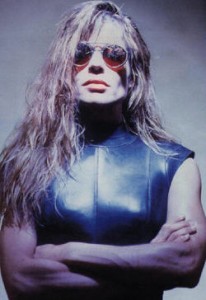 Women who get shit done and are good characters to boot — more than just lycra-clad eye candy with a miscellaneous set of super-assassin skills or whatever.

So, we can talk about it (which is sometimes a good read), or we can DO SOMETHING ABOUT IT.

Here’s the challenge — to everyone — women and men alike. Write an action movie with good female parts in it.

If you win, we will MAKE IT.

2. .  . . and it needs characters! Specifically, female characters. The LEAD must be a WOMAN. The MAJORITY of the characters must be WOMEN.

3. Specifically, the parts need to be GOOD PARTS. I want to see interesting, compelling characters with some depth who get to say and/or do interesting things.

4. Your movie should NOT be about MEN or about SEX. Your women can be sexy, but they cannot be EXPLOITATIVE.

5. Your movie must pass the Bechdel test — two women must talk about something other than a man.

6. Making your women LESBIANS just so they can MAKE OUT is CHEATING! Lesbians in general aren’t against the rules, but entries will be judged within the spirit of the contest, so keep that in mind.

7. Email it to [email protected]

All scripts remain the property of their authors. By entering this contest, however, the winning author grants permission to Overthinkingit to make, publicize, and show a movie based on the script, to post script excerpts, and to subject the script to the erudite and insightful microanalysis for which OTI is cherished and admired. The filmmakers, of course, retain their rights in their own work product in the film itself.

The winning movie will be MADE. I’m not sure how we’re going to do it, but we’ve made movies before, so we’ll make it happen, even if it takes a while.

We may not be able to make the movie in its entirety or with a huge budget (or even much of a budget at all), but you will see your movie MADE. And probably LINKED on YOUTUBE. Which will be AWESOME.

Second prizes: Other awesome scripts will be posted to the site and overthought by our stable of champion overthinkers! And you may get to be on an Overthinkingit podcast! 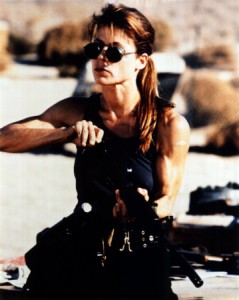 awesome her performance was in Terminator 2? How she proved women could be awesome action heroes, and awesome characters, but then Hollywood never really stepped up to the plate on that level again, ever? The final prize is dedicated to the awesome legacy of Linda Hamilton.

Even if it isn’t the winning movie, movie with the best female character wins a LINDA HAMILTON DVD PRIZE PACK that I will BUY MYSELF, probably OFF AMAZON.

You have to win to find it!