So the big twist that Lorca is actually mirror-universe Lorca has been revealed, raising the question of whether there has been a single plot element that wasn’t telegraphed by the writers and guessed by the audience months ahead of time. Michael Burnham forsakes Lorca for mirror-Georgiou, Emperor of the Terran Empire (and as much as I dislike this show, it’s good to see Georgiou back, because Michelle Yeoh is unquestionably the best actor on this show, followed by Doug Jones, the only two who give their characters any significant depth), and saves Georgiou’s life by transporting her to the Discovery.

Meanwhile, Stamets, his consciousness safely returned to his body from the Nexus – uh, I mean, the mycelial network – with knowledge from the deceased Dr. Culber – has learned that his mirror-universe counterpart has learned how to use the mycelial network as an energy source, but the process is poisoning the network itself, which could lead to the destruction of all life in the entire multiverse. He and Tilly formulate a way to save all life, but which could end up stranding the Discovery: destroy the Caretaker’s Array – uh, I mean the super-mycelial reactor.

Everything works out fine, Discovery gets back to their own universe – except nine months later than the point they left, when it seems as if the Klingons have won the war. 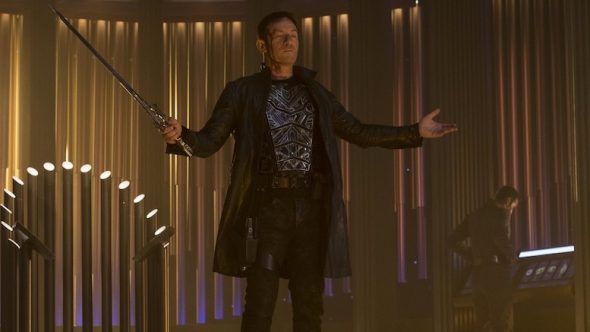 So look, if it wasn’t for these recaps, I wouldn’t even still be watching this show. For one thing, there is too much happening all at once, which makes the pace of the plot very unwieldy. The audience needs some space to breathe. I’d much rather have had these thirteen episodes to get to know the crew and watch them work together solving “ordinary” Star Trek kind of problems before throwing them (and us) into these situations that make us see them at their worst before we’ve seen them at their best. Plenty of these characters, we have no information at all about who or what they are. And other than Saru and Georgiou, all the characters who have had any development have run the spectrum from boring to actively unpleasant and not much else.

The revelation of Lorca’s origin doesn’t solve the problems that began at the very start of the show, which is why it falls so flat when Lorca is trying to convince Burnham to stay with him in the mirror universe. His criticisms of the Federation – that egalitarianism is a myth and ultimately social Darwinism always prevails – only makes sense because we’ve been watching Star Trek for 50 years. But there’s little evidence of the Federation’s benevolence in Discovery that we’ve seen. From the very first episode, insubordination and needless interpersonal conflict have reigned, completely independent of Lorca’s influence. Burnham’s shadow trial for mutiny was a farce – even Klingon and Cardassian show-trials are open to the public, and the judges show their faces.

Discovery’s Federation is repeatedly described  as inspiring and nigh-Edenic, but it hasn’t been shown to be that way. For all its xenophobia and cannibalism, the mirror universe doesn’t seem sufficiently operationally different from the ordinary universe to serve as effective contrast the way that it did in TOS, DS9, and even Enterprise.

Star Trek has always had a streak of naïve utopianism, and that’s part of what makes their problem solving techniques so compelling. Even in Deep Space Nine, the darkest of all Trek series until this one, Sisko, at the border of the frontier where the usual solutions don’t always work, identified Earth as “a paradise.” 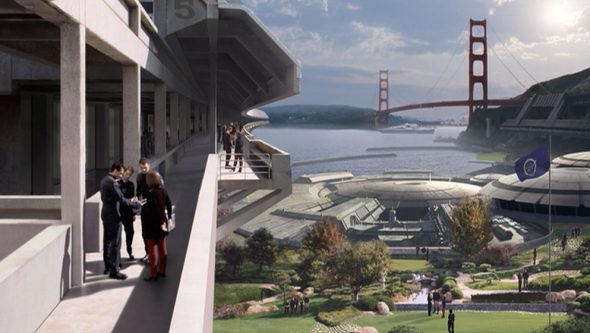 Discovery makes token gestures toward modern liberal ideas like diversity and environmentalism – ideals that Star Trek has always stood for even while it has interrogated them – and holds up Lorca as the opposing voice of “realism” in contrast, but in light of what the show has given us for examples, he ends up sounding more reasonable than he should, and the Federation seems, unwittingly, like a civilization in denial as a result.

The anachronistic technology is still unforgivable. Holograms and force fields all over the place, etc. The only explanation I can think of is that this isn’t the original timeline after all. It’s not the JJverse either. It’s a completely different universe, with its own corresponding mirror universe.

This would explain a lot. The advanced technology, the existence of an adoptive sister for Spock that we’ve never heard of before, the stupid-looking Klingons, and so on. Maybe in the next arc they’ll have to travel back in time to win the war, changing the timeline into the one we know. But even if that had been the plan the whole time, signaling it much earlier would have been the smart thing to do. Rather than alienating (no pun intended) a built-in audience who craved real Trek, there would instead have been a meta-mystery to be solved. There would have been a sense of intrigue rather than annoyance.

6 Comments on “Star Trek: Discovery – Is there a universe in which this show is any good?”