Ben Adams: What made me think about this question was the other night when my wife and decided to rewatch “Rogue One.” I realized that I was looking forward to seeing it again – but that I had very little desire to rewatch Episode 7. And I liked Episode 7! It was a fun movie that I remember really enjoying. Heck, if you look at Rotten Tomatoes, Episode 7 actually has a higher score (93%) than Rogue One (85%).

So why do I really want to rewatch one, but not the other?

Moving out of Star Wars, I can think of other disparities – there are some so-so movies that I’ve seen a bunch of times, and some fantastic movies that I loved (and never want to see again). So what say you, Overthinkers? What makes a movie worth watching again?

Mark Lee: I have the opposite relationships with those two movies. I watch all of The Force Awakens every few months or so but have only rewatched the space battle sequence from Rogue One a couple times. If I had to point to a difference between the two, it’s the characters. Rogue One suffers from fewer plot weaknesses than The Force Awakens but has far fewer memorable characters that I want to spend more time with. Ben, what makes Rogue One more rewatchable for you?

Adams: Two elements stand out for me for Rogue One. First, which you already mentioned was the action sequences – each of the big action set pieces in R1 (the battle in the city streets, the battle in the rain and the battle on the beaches) had a really different vibe that really stands out in my memory. For whatever reason, TFA battles felt a little samey-same to me.

Second, the fact that it felt like something more of a self-contained story. TFA had so much of the JJ Abram mystery-box effect that I just found I don’t get into rewatching it quite as much. R1 has a clear mission as a story, and so from the standpoint of rewatching it, feels like a more complete experience.

Jordan Stokes: For me, it’s something quite different. I sometimes sit down and actually watch a movie that I’ve already seen, but I’m far more likely to put them on in the background while I do something else. I hear Mark saying that he rewatches movies for the characters, and Ben saying that he watches them for the plots — for me it’s much more about the general vibe of the movie. When I’m folding socks, I want something:

So like Psycho is almost all of those things (even the silly bit, if we’re honest), but if I’m going to watch Psycho I want to WATCH it, you know?

Given the entire cinematic universe, the movie I would probably end up rewatching most often is National Treasure. TV schedules and streaming access being what they are, the one I’ve actually rewatched most is probably Underworld.

… Is there something wrong with me? 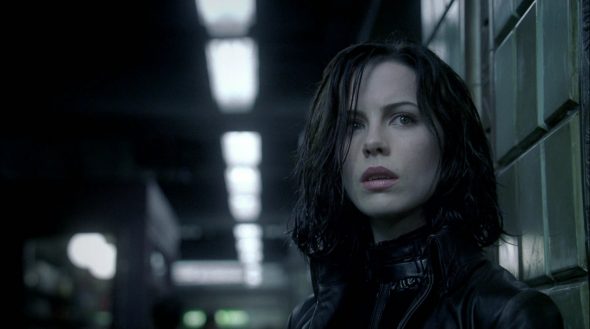 Peter Fenzel: I highly value moments of delight in my rewatches. I will rewatch some terrible movies to get to standout, delightful moments I really enjoy. Like Jordan I will keep these movies on in the background and only pay attention to them closely when my favorite moments come up.

I’ll share the most conspicuous of these moments in the last year or so, despite my shame.

You see, I love Count Dooku.

He is the best part of the Star Wars prequels: one of the greatest actors to ever live playing an utterly absurd character who has no business existing, but who invests every moment with an earnest formality it hardly deserves. He’s also ninety years old and doing lightsaber duels with CGI Muppets and cruising alien desert war zones in flying motorcycles, both in his best cape.

The point of no return for Darth Vader, as far as I’m concerned, is that Count Dooku doesn’t deserve to die. But even in dying, he is a delight. So theatrical!! That look of shock!!

Obi-Wan Kenobi is sneaking into the separatist stronghold, and he manages to spy on Count Dooku from various hidden vantage points. The Count, leader of a war effort and a nascent body politic, is having serious conversations with the major stakeholders of the groups within the Separatists – the Trade Federation, the Banking Guild or what have you – you know, everything in the first ten minutes of The Phantom Menace that let you know all was not right at Skywalker Ranch.

So there’s this moment where Count Dooku is sitting at this giant round table, having a Very Serious Meeting with the a baker’s dozen of the dumbest CGI characters you have ever seen. And he turns respectfully and gestures to them in a dignified manner while Obi-Wan watches.

I cannot shake this interpretation that Count Dooku is sitting at what is basically a giant empty table what amounts to his stuffed animals having a tea party.

“Why yes, Trade Minister! But we must be careful! There you go! This scone is delicious! Drink your tea! Oh the Jedi are a problem! Yum yum yum!”

And I think I’ve watched it five times this year, just for that. It’s a delight!

Movies with delightful moments like this that I rewatch often include Armageddon, Zoolander, Willow, and the Scott Bakula/Sinbad football comedy Necessary Roughness. (edited)

There are two movies I have watched twice in a row, beginning to end, when TNT or TBS used to play movies twice in the same day, back to back. Both are kind of mediocre taken as wholes, but have delightful moments of a high order: The Hunt for Red October and The Devil’s Advocate.

I am not very interested in rewatching Rogue One or The Force Awakens, but I have rewatched the Kylo Ren/ Undercover Boss SNL sketch many many times.

Stokes: You take that back about Willow!

Here are the delightful moments in Willow that I will watch again and again:  all of it.

Fenzel:  Why isn’t Willow available on any of the major streaming services?!! Not just the free ones; you can’t even rent or buy it on iTunes, Google Play or Amazon.

This really bothers me, because before you can rewatch Willow, you have to watch it. And rewatching Willow is the best. So many people are living in deprivation!

3 Comments on “Think Tank: What makes a movie rewatchable?”