I want to like this show, you guys. I really do.

The latest installment of Discovery does feel the most like an episode of Trek of any thus far; specifically, it feels like a two-part Voyager from 1999 called “Equinox” where they wrestled with pretty much the exact same issue that the crew of Discovery does here: torturing animals makes our ship go really fast, should we do it? 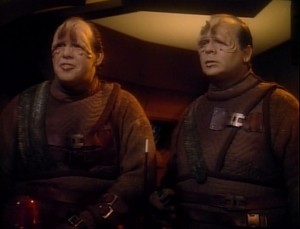 We look for things. Things that make us go. Things like space-bears.

It is a Trek-worthy thought experiment but besides the fact that it’s been done before (God knows Trek is not above going back to its own gravity well for story ideas), what made the story compelling in Voyager (and we’re talking about Voyager here, a very uneven show that never really lived up to its potential) was this: the USS Voyager was stranded 75,000 light years from home, and its captain believed that the best way to get back to Earth was by continuing to adhere to the principles that made Starfleet, and the Federation at large, the force of peace and progress that it held itself to be. Refusing to compromise on Starfleet ideals was what got the ship lost in space in the first place.

But then they discover that another Federation ship has also been stranded out there, the Equinox, except that ship’s captain has decided to eschew all of Starfleet’s high-minded ideals in favour of getting back to Earth as fast and efficiently as possible, no matter what the moral cost. And it was working.

There’s a conflict between two crews with the same goal but opposing philosophies, the internal struggle of Voyager’s crew – some of whom think that Captain Ransom of the Equinox may be on the right track – and of Captain Janeway herself, who certainly has not been consistent in applying Starfleet ideals in circumstances beyond the context in which they had been formulated. 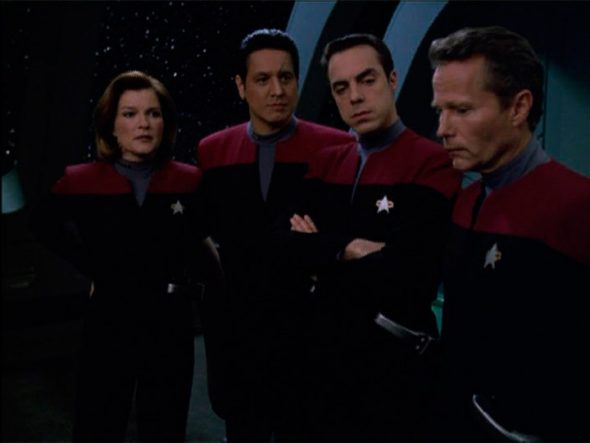 In Discovery, the same basic idea – can the ends justify the means? Is torturing an innocent justifiable if it helps us win this war? (Territory also trod by Enterprise, incidentally) – falls relatively flat.

And here’s why: I don’t really believe that any of these characters have any ideals, and neither does the Starfleet that we’ve been shown up to this point. We already know from previous series that the Federation’s bright and shiny exterior has a certain seedy underbelly it’s reluctant to admit to, and that the nice, safe Federation can have difficulty relating to the problems of worlds with radically different cultural and socioeconomic situations than its own. Which is maybe why Discovery hasn’t felt the need to introduce Starfleet as the kind of organization that engenders a sense of duty. It assumes that we’ll take that for granted.

But we can’t. Because what we’ve actually been shown is mostly a bunch of senselessly angry people who display no respect for their fellow officers (even between the dudes who are supposedly in a romantic relationship) or the chain of command – despite the fact that Burnham is supposedly the first mutineer in Starfleet history, practically every conversation we’ve seen between officers of different ranks has been full of what I can only call borderline-at-best-insubordination; what we’ve been shown in a Starfleet that holds secret trials and treats its prisoners like garbage; a Starfleet that, sure, didn’t want to fire first at the Klingons but which had no problems hurting an animal if it’ll let them get to Romulus in a hurry (don’t even get me started on Romulus).

This wasn’t a rogue ship like the Equinox or one particularly ruthless captain like Pressman of the Pegasus in the Next Gen episode of the same name (who ended up court martialed for his part in violating the Treaty of Algernon by experimenting with a prototype for an illegal Federation cloaking device).

This is just plain old Starfleet Command. Sanctioning this. Literally the only person who’s bothered by it at first is Burnham. Nobody else gives a crap.

(Oh, and speaking of swearsies, I’ll bet the writers of Discovery are feeling pretty proud of themselves for getting to launch the first f-torpedo in Star Trek history. So edgy. All I have to say about that is: Double dumbass on you.) 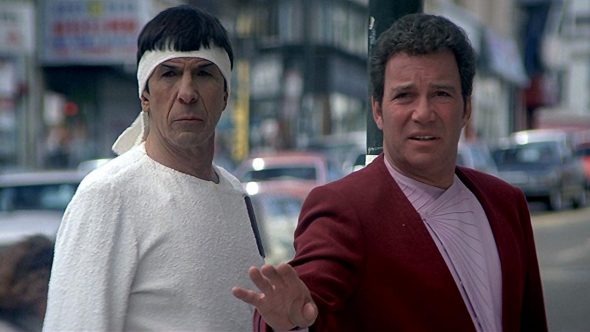 Anyway. By the time we meet Lieutenant Tyler on the Klingon prison ship, who shares his food with Captain Lorca because of his duty to defer to a senior officer, I was genuinely surprised; this was the first time anyone has shown any Starfleet-like behavior on the show at all.

Even the intended moments of humour – mostly centered around Cadet Tilly – totally fail to be amusing because the whole tone of the show is wrong. Star Trek has been known to go from light to dark and back again, absolutely (hell on Lorca’s eyes, I’m sure). But in Discovery, the show’s atmosphere is so tense and joyless it completely deflates the possibility of levity, so Tilly’s awkwardness is never funny, it’s just weird. She’s no Reg Barclay, that’s for sure.

Look, I will admit that Discovery is getting better every episode. There is some interesting stuff going on: the parallels between Discovery being the only ship with a spore drive and the unique Klingon cloaking ship (we’ll learn about the deal with the Romulans shortly, I’m sure); the spore drive itself, which, now that it’s finally been elaborated upon (the engine takes advantage of a conveniently universe-spanning megaorganism that exists partly inside ordinary space and partly in subspace) is perfectly Trekkish in its absurdity; and the always great Rainn Wilson as Harry Mudd (portrayed in the Original Series by Roger C. Carmel) making the best of a bad situation in more ways than one.

Also: is it just me, or did Lorca imply that Klingons have two dicks? I thought the four nostrils was a radical design choice. 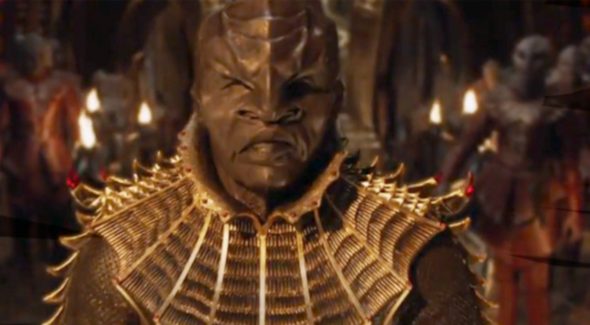 Tl;dr – the real new Star Trek series is Duck Tales. Deal with it.

5 Comments on “Star Trek: Discovery – Where No Mushroom Has Gone Before”