The current glut of television offers you years of shows to watch and dozens of ways to watch them. You never need to be further than ten feet or three clicks from an episode of good TV. There’s such a tidal wave of entertaining material that many connoisseurs lament the eternal backlog of shows they “should” be watching. I only just watched the first season of Fargo a month ago, and have just now started Mr. Robot, while occasionally dipping into Ballers or The Defiant Ones. And that’s to say nothing of the darlings of the moment: Game of Thrones, Marvel’s Defenders, and others.

With this much good TV to watch, and a notional responsibility to produce Good Content About Entertainment, it helps to have a system. It also helps to occasionally take a few shortcuts. So I have one rule that speeds up my TV watching pace by 3-10% per season: I never watch the pilot.

“Why not?” Because most pilots aren’t good.

First, let me get everyone on the same page: a “pilot episode” is a trial run of a TV series. Producers commission a single episode, or sometimes a 90- to 120-minute movie, to see if a show’s concept has legs. If they like it, or if it tests well, they’ll order a whole season. When they do, they’ll usually show the pilot as the first episode of its live run.

Because the purpose of a pilot is to sell producers, it usually lacks the crisp storytelling of TV at its best. It’s heavy on exposition. It paints characters in broad stereotypes. It devotes a lot of time to character setup, rather than revealing character through action. Above all else, because it’s the first time out the gate, the writers and actors usually haven’t found their voice yet.

In the era of streaming TV and DVD collections, most of us can choose how and when we’ll watch TV. So we don’t have to watch the pilot if we don’t want to. Yet few of us put in the conscious effort to pick and choose among episodes. We start from the beginning, either out of instinct or out of concern that we’ll miss an essential detail. But you won’t! I promise!

Most TV shows, even the most prestigious and ponderous, adhere to an episodic format. The season as a whole may tell a story, but each episode is a story in itself: a beginning, rising action, complications, and a momentous climax. If you’re looking for a story, then each episode works on its own.

And even shows that function more like novels—The Wire; Game of Thrones—will include a “Previously on” recap at the beginning. The essential details will be recounted, usually by the people to whom they happened! Sometimes these recaps will include extraneous bits of dialogue that didn’t appear in the original episode, but which remind viewers what transpired. 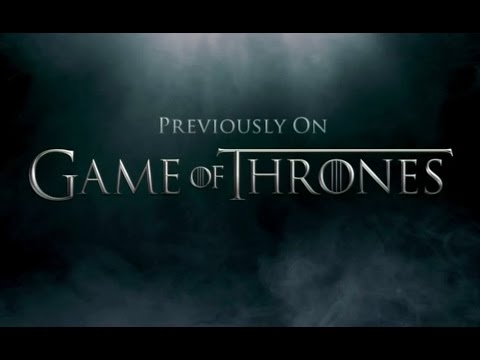 And even if the recap isn’t exhaustive, most American TV fits a similar enough format that you won’t struggle for long. It’s designed to! You can pick up Life in Pieces right now, whichever episode’s aired latest, and I promise you won’t struggle with it. “Why are Dianne Wiest and James Brolin’s characters living together?” Because they’re married. You’ll figure it out.

“Oh, but those are sitcoms. I only watch prestige TV.” Try it. Try picking up the most precious critical darling mid-season. I’m sure you’ll manage. Start with the third season of Bloodlines, or a randomly selected episode of Orange is the New Black. Start with Season 3 of The Leftovers, or Season 2 of Banshee. You’ll be fine.

Why do I have such faith in you? Because TV has a common language. Comic relief characters get introduced with certain music cues. If the Netflix banner of the show is a man staring stoically into the middle distance, then the woman frowning in the doorway while he packs his bags is his spouse. The guy with obvious facial scarring or deformity is probably a villain. And if the protagonist does a lot of normally evil things, like load drugs into the back of a truck or beat people up, then he’s a complicated anti-hero.

Okay, I’m not seriously advising that you start a show like Fargo or Top of the Lake in the penultimate episode. I’m having a little fun. But I’m making the point that not every minute of TV put on film is an essential piece of the story. Not every frame points like an arrow at a single theme. Sometimes a director just needs to fill 4 minutes out of their 48.

I’m laying all this groundwork to give you permission to try something. Skip the pilot.

“But doesn’t a pilot have essential information about the characters?” Not really. Nothing you won’t be able to piece together later.

I fell off after Season 5, but Burn Notice was one of my favorite USA series for years. My Friday night ritual, prior to going out, was to catch up on the most recent episode over a hot dog and beer. But I started midway through Season 1. I never watched the pilot. Why would I have to, when the opening credits explain the premise of the show in the protagonist’s own voice?

After a few years, I decided to catch up on the pilot, just to see if my rule of #NeverWatch(ing)ThePilot had steered me wrong. It hadn’t! The episode is full of clunky exposition and wild coincidence. Gabrielle Anwar had an Irish accent so atrocious that they wrote in an excuse to drop it by the 2nd episode! It’s not good. Don’t watch it.

Now that I’m married, my Friday night ritual is the latest episode of Brooklyn Nine-Nine, a favorite show in the household. My wife indulged me when we first started watching with my practice to #NeverWatchThePilot. And we weren’t lost! It’s really not that hard. Andy Samberg was the biggest star in the cast, so the show’s probably about him. He’s a comedian, so he’s probably some sort of wacky hijinks cop. And you’ll pick up on the core character traits of the main cast within seconds of meeting them. Santiago (Melissa Fumero) loves rules and procedure, while Diaz (Stephanie Beatriz) is the hard-charging action junkie. Boyle (Joe Lo Truglio) is the butt of the jokes when Scully (Joel McKinnon Miller) and Hitchcock (Dirk Blocker) aren’t around. Captain Holt (Andre Braugher) is the stern but loving father figure that the entire cast bonds around.

You can get most of that from the opening credits, and there’s no dialogue!

Why is it so important to me to #NeverWatchThePilot? And why am I writing about it to an impartial audience? Because I believe it improves the quality of the TV viewing experience, and I want you to share this beautiful blessing.

First, skipping the pilot saves you time that you would have otherwise wasted watching bad TV. That should be enough reason in itself! As FCC Chairman Newton Minow famously observed over fifty years ago, “When television is good, nothing—not the theater, not the magazines or newspapers—nothing is better. But when television is bad, nothing is worse.” The opportunity cost of 30 or 60 minutes invested in bad TV is staggering. If nothing else, you could have watched 30 or 60 minutes of good TV.

Second, skipping the pilot forces you to engage with the successive episodes a little more deeply. You’ll be picking up characters and plot arcs without the exposition and signposts of the first episode. I promise you it won’t be as hard as you think, but it’ll take a few more neurons than TV typically demands. When someone mentions a character detail in passing, like Pearson Hardman only hiring Harvard grads (Suits), or Captain Holt being gay (Brooklyn Nine-Nine), you’ll take a moment to think: did they mention that before and I missed it? Are they just establishing it now? Does it make sense, given what I know of the world? You’ll be engaging your critical faculties, which is good and useful.

You’ll be meeting these characters in the middle of their stories, rather than at an artificially and often clumsily scripted beginning. But that’s how you meet everyone! New coworkers, new neighbors, new friends, new romantic partners: everyone in the world had a life before they met you. When they bring up their self-medicating half-brother, or their roller derby obsession, there might be a moment of shock as you struggle to reconcile this new datum with your old mental model of them. But people should surprise you! When people lose their capacity to surprise you, you die a little inside.

Third, if you’re still watching live TV, skipping the pilot gives you critical distance. It’s in the networks and advertisers’ interest to get you hyped for a show before it starts, so that you’ll watch every episode, including the pilot. Give it a little time instead! Let the critics or your less discerning friends weigh in first. Then, if you’re still intrigued, jump in mid-stream. You’ve let other people filter out the chaff for you, like all smart consumers should. 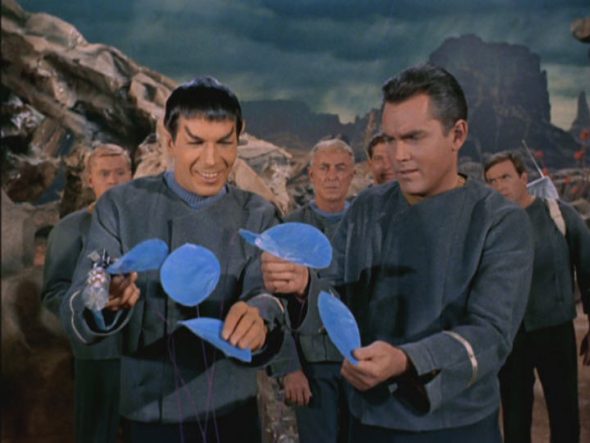 If you find this convincing, or even just a little enticing, it’s easy to #NeverWatchThePilot with me. Just … don’t watch pilot episodes. Let them pass by.

A few ground rules and points of clarification:

I will never get between you and the first episode of a TV series. But we’re all about enhancing the pop culture experience here at OTI. Focusing on the good stuff and eschewing the bad is a key part of that. And there’s no easier way to reliably avoid the bad stuff than to #NeverWatchThePilot.

10 Comments on “Never Watch the Pilot”