As the calendar ticks over to 2017, those of us raised on science fiction revisit pop culture predictions of the future. The Running Man has its vision for 2017; Back to the Future told us what 2015 would look like. Even Pam Anderson had her predictions. But I’ve been holding my breath to see what 2017 would look like from Miami.

Before I get too deep into lyrical analysis, let me call attention to how unusual a song this is.

“Miami 2017 (Seen The Lights Go Out on Broadway)” is the final track on Billy Joel’s 1976 album Turnstiles. Joel’s fourth album continued his trend of saying farewell to places (“Say Goodbye to Hollywood”, “New York State of Mind”, “Angry Young Man”), entrenching the suburban rebelliousness that’s defined his entire career. The album cover itself depicts a passel of stereotypical Noo Yawkers – yuppies, scenesters, old money, old pensioners – trying to edge past Joel to get on the subway. Everyone wants out! 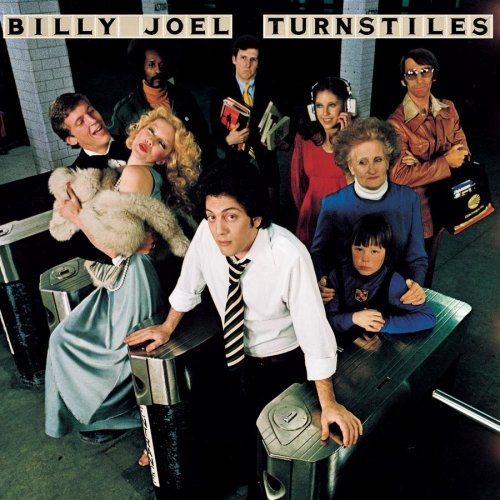 And wanting out of New York in 1976 made sense. The “white flight” that afflicted all American cities in the postwar era hit NYC particularly hard. Decades of exorbitant spending by city planner Robert Moses had left the City on the hook for massive infrastructural projects. New York’s fiscal crisis was so profound that it sought federal loans – a bailout – as an alternative to declaring bankruptcy. And it was in 1976 that David Berkowitz, the “Son of Sam,” began the killings that would later make him famous.

With the population in decline, industry vanishing, and remarkable levels of police corruption, it seemed feasible that New York City might wither away. Not overnight, of course. But maybe 40 years in the future.

“Miami 2017” is a perfectly plausible vision of New York City’s future, as seen from Long Island in 1976. And yet New York City hasn’t disintegrated – it has, in fact, thrived. The “Disneyfication” of Times Square, as unpopular as it may be with crustpunks, has coincided with massive influxes of tourism. When New York City came under attack in 2001, the world joined in mourning, celebrating the city’s legacy, and rebuilding. Contrast this with the flooding of Louisiana following Hurricane Katrina just four years later, when there was serious (though not widespread) talk at the time of whether the Ninth Ward of New Orleans was worth rebuilding.

It’s not odd that “Miami 2017” was a pessimistic, bittersweet prediction of NYC’s future. What’s odd is that the song has remained a staple of Billy Joel’s catalog for decades. Here’s Mr. Joel playing it in 2012, at a benefit concert for victims of Hurricane Sandy:

An odd tonal choice, to be sure: after New York City suffers its worst flooding in decades, here’s a song about Manhattan being demolished by creditors. But the audience loves it! Joel also played it in the October 2001 Concert for New York City, which is arguably even worse timing.

I suspect the song’s longevity is a testament to Joel’s skill as a songwriter – its rocking music-hall composition, its references to the griminess that all New Yorkers love to see themselves as surviving, and the poetic sentiment of “keep[ing] the memories alive.” I don’t think the hundred thousand fans who cheered this song in Shea Stadium in 2008 were cheering the idea of abandoning New York City, an idea that the song itself embodies.

But the unthinkable has happened. We have survived to 2017. And now that history has caught up with the future, how well does the prediction hold?

“The Palisades” are the famous forested cliffs on the Jersey side of the Hudson River, visible from the Henry Hudson Parkway north of the George Washington Bridge. In Manhattan mythology of the time, they’re comparable to “the West” in J.R.R. Tolkien’s Middle-Earth. New Jersey is where people retire to, or diminish.

Incidentally, New York just fought off an attempt to alter the vista of the Palisades, when LG proposed building a new North American headquarters there.

At the time, “Brooklyn” was not synonymous with artisanal mayonnaise and Williamsburg hipsters, but with ghettos and poverty. A “concert out in Brooklyn,” as envisioned in 1976, might be an illegal rooftop show with coolers of Schlitz. Today, a concert in Brooklyn might host a Grammy-award winning rapper, sponsored by a major credit card company, broadcast by the world’s most influential new media company. 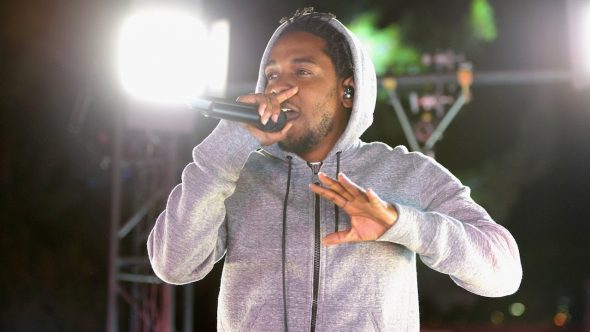 “We almost didn’t notice it” and “it always burned up there before” evoke the theme that New York City is already in such bad shape that you wouldn’t even notice if it were demolished. Its present squalor and its future destruction are indistinguishable. New York City (circa 1976) is already in the process of destroying itself. Here, Joel is more prescient than he could know, writing this song just a year before the ’77 blackout and the day of looting that followed.

Of course, New York City is not a monolithic entity. Even in pop culture, we can distinguish between the ritziness of Manhattan, the poverty of the Bronx, and the apparent inconsequentiality of Queens. No mention of Joel’s own Long Island, but then Nassau County has never been comfortable with its pop culture status as “Manhattan’s bedroom.”

And here we reach the tinkling piano finish, the bittersweet sentiment, and the grand finale. Are we any wiser? Do we yet understand why “Miami 2017” remains a Billy Joel fan favorite?

In the context of the song, the narrator is not describing what will happen to New York in 2017 – he’s describing what happened to it years ago, long enough ago that “there are not many who remember.” So Billy Joel was speculating about the imminent destruction of the isle of Manhattan within a few scant years of 1976, the year this album was released. That obviously didn’t happen. Yet this song remains popular at Billy Joel concerts.

If I had to guess why – and I do – I’d imagine it’s because of the sentiment expressed in that last stanza. Longtime New Yorkers take pride in the stressfulness of their city. They see the Big Apple as something to survive. Whether it’s transit strikes, terrorist attacks, or just the way the city reeks in the summer, New York is a gauntlet. If you can make it there, as the man said, you can make it anywhere. 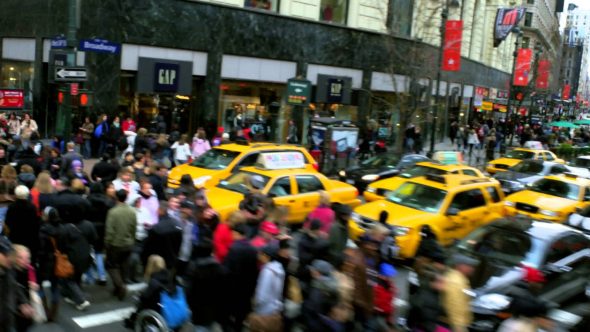 There’s a certain kind of sentimental New Yorker who thinks of their city the way veterans think of The War. Yes, it’s a struggle, but surviving that struggle forged a brotherhood. That crooked, expensive, filthy city is worth remembering.

“Miami 2017” is a paean to a New York City that’s not easy to find anymore. It wasn’t blown into the sea by a naval carrier, but it climbed out of its near-bankruptcy. It’s now one of the most popular tourist destinations in the world and a headquarters for global media and finance. You can even cut through Central Park at night, fercryinoutloud! The grimy old New York, mythologized by Joseph Mitchell and the Ramones, is history.

I don’t believe that everyone who cheers when Joel wraps this song in concert is a crustpunk angry at Giuliani for cleaning up Times Square. For one thing, no one that fond of the bad old days could afford Billy Joel tickets. But as a nouveau Bostonian, I recognize the fondness of having a town whose unique character gives you something to gripe about. You weren’t there, you say. You didn’t see the lights go out.