It’s a Wonderful Life is a Christmas classic that despite being 70 years old this year has never felt more fresh and relevant. Watching it again, we can’t help but take away some lessons that might help you through these turbulent times. As you sit down with some loved ones and watch the trials and tribulations of Bailey Brothers Building and Loan, here are some things to ponder.

Sometimes the Bad Guy Gets Away With It

At the end of Wonderful Life, George Bailey is the “richest man in town.”

Except he’s not. The richest man in town is still Potter. In fact, he’s $8,000 richer than he was just a few hours ago, because of the money that Uncle Billy inadvertently handed to him. Potter is never caught. He probably still uses this incident as a club to try and get back at George Bailey or wrest control of the Building and Loan. Wonderful Life has one of the most uplifting and happy endings in film, and yet the bad guy gets away with it. 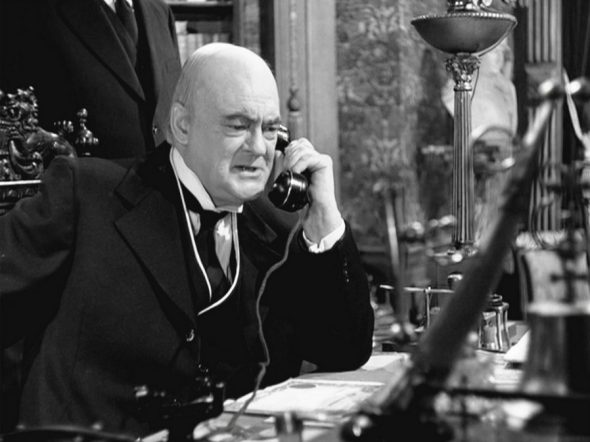 A movie with more modern Hollywood sensibilities or focus groups might have tacked on a scene of Potter’s misdeeds coming to light and the Feds swooping in to arrest him (or George Bailey personally fighting him). But that’s not what Wonderful Life is all about. Wonderful Life tells us that even in the face of that evil, George Bailey is the richest man in town because of the people has has surrounded himself with.

He is no richer if Potter is caught and punished; the positive effect he has had on the world isn’t cancelled out by the triumph of an evil man. The family he has built, the friends he has made, and the town he made better will stand on their own. Sometimes we just have to accept that evil will go unpunished, that the good will suffer, and that the truth might never out. The rich jerk gets to keep being both rich and a jerk.

But we are not helpless in the face of this harsh reality. We can band together as friends, families, and communities. And this is important to remember, because….

The central conflict of Wonderful Life is a clash between a dream of changing the world and a reality of changing just a few lives that live close to you. George wants to travel the globe, build tall buildings, and design cities. Which is understandable. It’s only natural to want to go on and do big things, to better the world in some obvious and undeniable way.

What George gets instead is life in a small town, taking deposits, lending money and paying contractors. He wants something “big and important,” but ends up in what he calls a business of nickels and dimes, “trying to save 3 cents on a length of pipe.” Potter tries to use this against George when he offers him a job. He observes that George is squandering his potential, painting George’s life as one of playing “nursemaid to a bunch of garlic-eaters.” 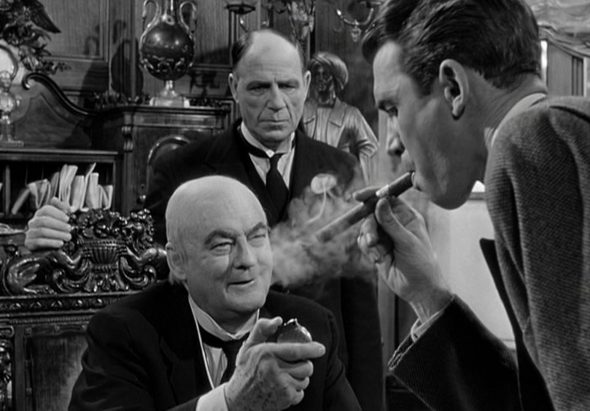 In that scene, George knows better than to make a deal with the (xenophobic) devil, but the pressure still weighs on him. So later, when the $8,000 goes missing, and all seems lost, George can’t help but think that his life has been a waste.

It’s hard not to feel that way at times. The great sweep of political and global events are far beyond that vast majority of our ability to move, and the non-stop bombardment of 24-hour news just increases the feeling that we are powerless to stem the tide of a world falling apart.

Which is why the revelation at the end of Wonderful Life is more important now than ever. George’s story teaches us that there’s no such a thing as a small or meaningless good deed. Despite his frustration at the state of his life, George discovers his small contributions over a few decades of life had an out-sized impact on the world.

Because when the Depression hits, George and his “measly old Building and Loan” ends up being the linchpin that holds the community together. More than that, a thousand small actions – including probably saving money on a length of pipe – allows hundreds of families to get new homes, to get out from Potter’s slums, to get out from under the thumb of the rich old man that wants to keep everyone paying rents to him.

To be sure, George Bailey is no political firebrand. But he believes that everyone deserves a roof over their head (whatever their opinions on garlic). So when an immigrants wants to buy a home, he doesn’t turn him away or show up with an eviction notice: he welcomes them with open arms, a bottle of wine, and a loaf of bread. 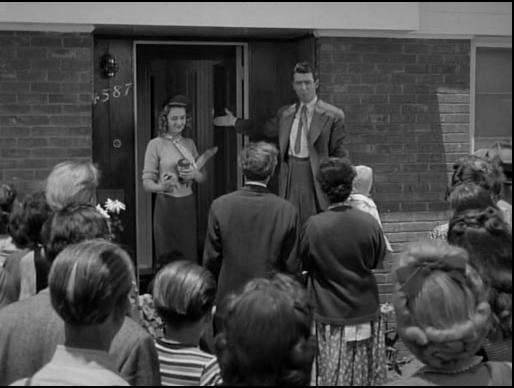 This doesn’t solve the problem over night. It doesn’t kick Potter out of town, or fix the myriad problems that ail the world. But it means that Mr. Martini and his family have a place to sleep for the night. Small victories matter, because string enough of them together, and we remember that…

America Has Defeated Fascists Before

It’s a Wonderful Life is a movie with one foot in the Depression and one foot in the Second World War. Though the film was released in 1946, the story on which it is based was written in 1939, when the world was at its bleakest.

Harry Bailey won the Medal of Honor for saving the lives of every man on that transport; Bert the Cop was wounded in North Africa and won the silver Star; and George Bailey fought the battle of Bedford Falls, banding the community together for rubber drives and scrap drives. And when it was all said and done, on V-E Day we wept and prayed, and on V-J Day, we wept and prayed. 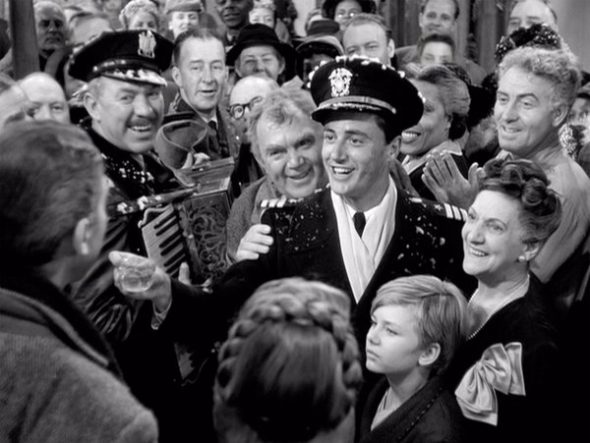 So if fascism comes calling again, in whatever guise, It’s a Wonderful Life teaches us some powerful lessons. It reminds us that not every heel is in Germany or Japan. That sometimes the bad guys win a round or two or ten. But it ultimately reminds us that there’s only one way to defeat it: one length of pipe at at time.