When Rogue One: A Star Wars Story hits theaters, we’ll have two Disney entries into Star Wars canon to ponder. Until then, we have 2015’s Star Wars: The Force Awakens, the massively popular and, for the most part, creatively successful debut of this new breed of Star Wars movies. As shown by the multiple podcasts and articles we’ve devoted to this topic, we had a lot of things to say about it. We weren’t even close to being done, though, so we decided to set our thoughts to the movie itself with our own commentary track.

In this edition of The Overview, our panel analyzes Star Wars: The Force Awakens as a standalone movie and as a part of the larger Star Wars tradition. We go deep on the usage of masks, and how everyone from Kylo Ren to Rey seems to be hiding the truth from themselves and from others. We consider the movie’s relationship to A New Hope, not to criticize it for being derivative, but to examine how it works as a both a reboot and a sequel at the same time. And leaving no stone unturned, we try to determine whether Han Solo would hire Rey as an employee or an independent contractor aboard the Millennium Falcon. 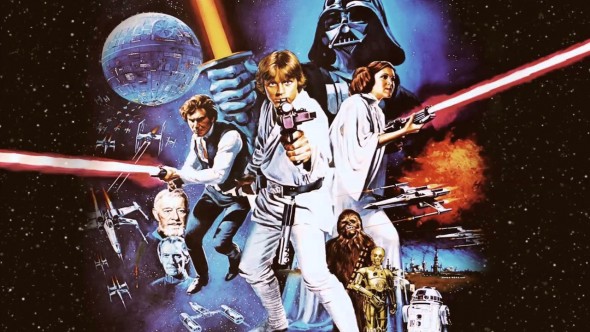 Want even more Star Wars analysis? Get the Force Awakens Overview with the Original Trilogy Overviews for only $7.99! PLUS you’ll get a special podcast covering Episodes I-III, which is only available as part of the Overview package. Add both products to your cart and use the discount code WAKEUP at checkout.

While you’re at it, check out all of the installments of The Overview, the commentary series that listeners have called call “So good, I don’t even need the movie to enjoy them.” (Don’t get us wrong, we recommend you play the movie too. But it was awfully nice of them to say.)

Get The Star Wars: The Force Awakens Overview Now

Get The Star Wars: The Original Trilogy Overviews Now

Or read more from… Featured, The Overview, Star Wars, The Force Awakens