Matt Belinkie:  Suicide Squad is almost upon us. The novelty of that film is supposed to be that the protagonists are bad guys. (“Worst heroes ever!”) But it seems to me that pop culture is awash in antiheroes. Batman, for instance, is murdering people left and right. Deadpool, maybe the biggest success story of 2016, openly mocks the concept of heroism. Last summer brought us Mad Max, who spent most of the movie pursuing his own self-interest before reluctantly trying to do some good. Summer before that, it was the same with Guardians of the Galaxy. In 1977 Han Solo was a supporting character; in 2018 he’s getting his own film (which is maybe the start of a new trilogy). Antiheroes seem like Hollywood’s default archetype nowadays.

Jordan Stokes:  Are we allowed to make this claim, after having a Think Tank a few months back about Captain America and the New Sincerity?

Peter Fenzel:  Yeah, I tend to think “peak antihero” happened somewhere between 1992 and 1996, during the Age of Spawn. 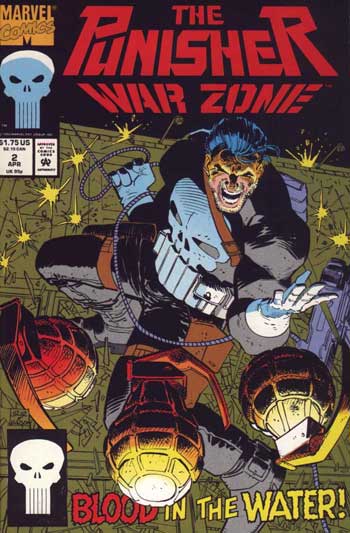 Punisher and Wolverine were really popular, Batman the Animated Series was drawing everything on black, Superman’s corpse was an evil cyborg, and of course Lobo was the Main Man and even appeared in a children’s cartoon. And you had Aeon Flux and The Maxx.

I’m not sure if or when all these things or close to it converged in one moment, but there was a feel and stylishness to it that romanticized the antihero in a way I don’t feel like contemporary stuff does.

Belinkie:  Okay, let’s define “antihero” for purposes of this discussion. Google tells me it’s “a central character in a story, movie, or drama who lacks conventional heroic attributes.” But I think there’s also a “Hollywood antihero,” who is someone who PROPORTEDLY is a bad guy but never actually does anything very bad, or only does bad things to bad people. 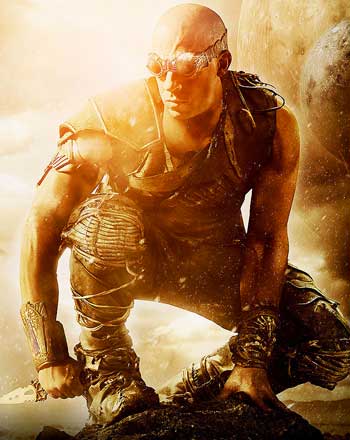 Take one of our favorite sci-fi antiheroes, Riddick. In all three Riddick movies, people talk big about what a psychopathic evil person Riddick is. But the only people he ever hurts are the people trying to capture or kill him, and he actually puts himself at great risk to protect the innocent. He’s functionally a hero, with a bad reputation.

So what makes an antihero? Is it a willingness to take a life? That’s certainly what supposedly makes the Punisher an antihero, except don’t Rambo, John McClane, Iron Man, and every other action hero ALSO take a lot of lives? Is it possible that antiheroism is first and foremost about how society views the hero, and only secondarily about their actions?

Fenzel:  So, the prefix “anti-” generally refers to three types of things in common usage:

Antiheroes are the third type. They are not just “opposite” heroes, they are “instead” heroes. Like how the Antichrist supposedly draws a following as a savior, like the actual Christ. The best antiheroes lack certain aspects of more conventional heroes, but they do this in a conspicuously contrary way, replacing the hero and serving the storytelling purposes of the hero while contradicting or opposing it.
I’d agree with your proposition, Matt, that what is identified as an antihero is contingent on what society or the relevant circle of readership or maybe even the marketplace sees as a hero or heroic. It has to replace and confound such a thing. 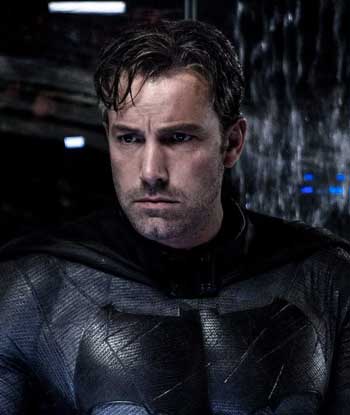 So I’d resist attributing to antiheroes any specific act independent of cultural context. To the people Batman v. Superman speaks to, mass murder and torture have become desirable, positive, heroic things, as we’ve all seen in the post Abu-Ghraib post Jack Bauer erosion of that sort of ethic. So Batman or Superman murdering a bunch of people isn’t being positioned as antiheroic, it’s being positioned as heroic in a world where that sort of thing is right and good.

Which is why Superman being so violent feels wrong or bad or gross, but not really transgressive. It’s not rule-breaking, it’s rule-choosing.

Compare classic Wolverine: “I’m the best at what I do, and what I do isn’t very nice.” Baked into that is something contrary to expectation, something actively, consciously substituting for something else. The sense of going against a norm, while at the same time participating in the role that would normally uphold it.

The Punisher is an antihero because he looks at what other heroes do and he sets himself apart from it and does it differently. Outside the context or expectations set by other superheroes, the Punisher is less antiheroic. Like in the Dolph Lundgren Punisher movie, which is more of an “isn’t it awesome to murder the Yakuza” movie than a comic book movie, the Punisher is mostly grim and sad and doesn’t have that transgressive energy of other interpretations. 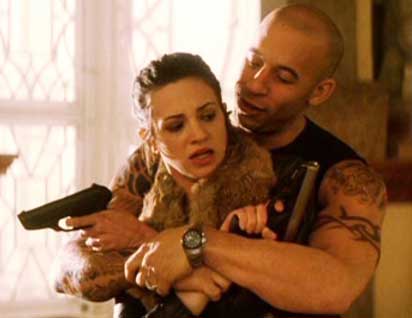 Fenzel:  Oh, I totally get where you’re coming from on this. Tons of characters try to borrow the tone, cool factor and cache of antiheroes while remaining totally conventional.

xXx’s only real sins are the venal social crimes of the snowboarder against the skier. 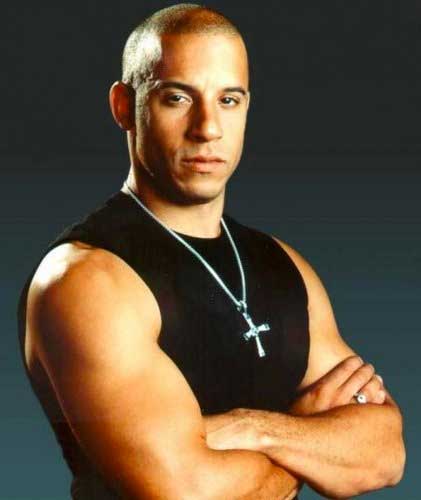 Vin Diesel does this with a lot of his characters. So many of them are supposed to be rebels or bad guys, but sometimes they forget to actually make them bad at all. Dom Toretto’s personal ethics vary wildly from movie to movie.

Belinkie:  Although let’s not forget that in the first Fast & Furious movie, he’s straight-up robbing tractor trailers in broad daylight. He may be a charismatic thief, but he’s definitely a thief.

This does seem almost strange when you consider his character from the later movies, where he has a more rigid code of honor and robbing from the innocent seems beneath him.

There is a lot of intersection here with coding young people revolting against older people, and racial coding as well. As in, a black or mixed-race hero is often going to be seen as an interloper at best, or the bad guy anyway at worst, so he’s an antihero on that level even if he never does anything morally wrong. He is angry a lot. He speaks impolitely. On one hand it can feel forced, but on the other hand, it is kind of a reality that you don’t have to do much more than that for people to assume you’re bad. See also Cube, Ice. 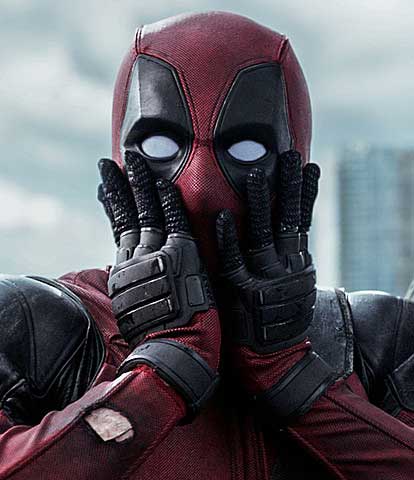 Belinkie:  Looking at the antiheroes of today, it seems to be less about morality than about flounting the conventions of genre. Deadpool doesn’t take any actions that a more traditional hero wouldn’t, but he rejects the label and the gravitas. It could be that in 2016 we’re a little superheroed out, and so we embrace supposed “antiheroes” who buck the mold on a superficial level without sacrificing likability. I’m gonna guess the members of the Suicide Squad only hurt/kill other bad guys and sneering government thugs.

Fenzel:  Deadpool isn’t an antihero, he’s a mock-hero. Deathstroke is the antihero. Deadpool is a parody of Deathstroke, making him a mock-antihero.

Mock-heroes are similar to antiheroes in that they substitute for heroes in heroic literature, but the axis by which they confound heroic narratives is different. I know a lot of sources would disagree with me here and insist that antiheroes don’t necessarily have to confound heroism through ideas of good and evil, but by the time we got to Spawn, I think there was enough influence in the subgenre that it’s useful to consider the good/evil axis as the primary antihero axis. 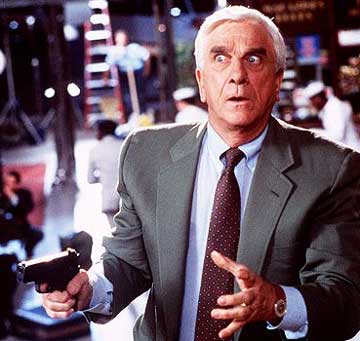 Frank Drebin in the Naked Gun movies is not at all like Spawn, even though he also causes the deaths of innocent people and is also a protagonist. Having them both be in the same grouping doesn’t make sense to me.

Also, mock-heroic and mock-epic have their own rich histories as forms and it’s not useful to collapse that distinction. Ant Man as portrayed by Paul Rudd also has more of the mock heroic than the antiheroic if you ask me, even though he steals things.

I think what we look for in 2016 is not the antisuperhero, but superheroic heteroglossia – we expect superheroes to tell a variety of different kinds of stories.
But because the variety is pretty wide, it becomes tougher to actually make a good antihero. What is the antihero in respect to?

That’s part of why I like the Daredevil Punisher a fair amount – he waits to show up until season 2 of Daredevil, after season 1 of Jessica Jones, when the tone and type of a certain consistent sort has been established for him to contrast against. But even then he feels like more of a fully formed peer of a hero than he used to in the 90s, when he was more antiheroic and hung out with Spider-Man more.

But yeah, going back to Deadpool for a moment, it’s worth noting that we’re at the point where mock-antiheroes are more popular and of the moment than antiheroes. Or at least we’ll see once we actually see Suicide Squad.

Stay tuned for Part 2 of this discussion, where we discuss how the villain-protagonists of prestige TV fit in to our understanding of antiheroes.

2 Comments on “What Makes an Antihero?”