Matt Belinkie:  Independence Day seems curiously sticky in our cultural memory. It arrived twenty years ago this weekend, emerging from a fiery cloud of hype. The second-highest grossing movie of the summer was Twister, and when’s the last time you saw a meme from that one?

Two years later came Armageddon, which was a similarly epic save-the-world story with an a-list cast. It has a 6.6 on IMDB, compared to Independence Day’s 6.9. That’s basically the same. And yet my perception is that Independence Day gets WAY more love. What’s the special sauce here?

I think the best way to understand Independence Day is as a b-movie… but what does that really mean? Originally, b-movies were the low budget pictures that were released as the second half of a double feature. There was an assumption that b-movies were somewhat phoned in, and existed mainly so teenagers had an opportunity to make out. (However, there are a lot of Hollywood classics that were released as b-movies; this is where film noir got its start.)

I feel like calling something a b-movie today has nothing to do with budget. B-movieness is about an embrace of genre tropes and a loose approach to plotting. I’m thinking of the President of the United States getting in a jet to personal attack the aliens converging on Area 51.

Ryan Sheely:  I think the b-movieness of ID4 is really interesting, but I think it isn’t just a straight b-movie. I’d rather think of it as a “neo- b-movie,” which I’ll describe as a “b-movie story, characters, and dialogue with a-list actors and effects.” 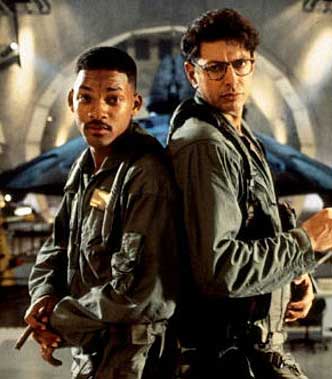 I’m being a bit cute with the “a-list” thing, but I think the size and quality of the cast and the scope of the effects a big part of what makes the story work. I remember the cast being a huge part of what made it work for me. Quaid, Pullman, Will Smith, Goldblum, and of course HARVEY.

The movie has so many quotable lines. “Welcome to Earth,” “What do you want us to do? DIE,” and the entire climactic “Today we celebrate our Independence Day” monologue. They aren’t much on paper, but they work because of the performances. 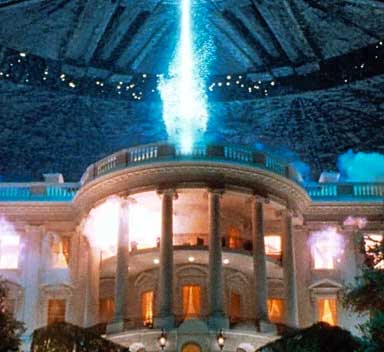 Belinkie:  I hesitate to say the script for Independence Day is better, because it’s certainly not great. And yet I can probably tell you every plot point in ID4 from memory, even though I haven’t seen it in years. It’s got this wonderfully clear forward momentum, and the division of the story between three days is a screenwriting teacher’s dream. Day 1 / Act 1 introduces all the characters and ends with the spectacular sequence of worldwide destruction. Day 2 / Act 2 is about the counterattacks, learning a bit more about the aliens, and getting all the characters to Area 51. It ends with an absolutely wonderful transition. Bill Pullman’s wife has tragically died. He steps out of the hospital room and his cute little girl is sitting there. “Is mommy sleeping?” she asks. “Yes,” he tells her. “Mommy is sleeping.” They hug, the camera pulls out, and then a simple title appears… JULY 4. I can still hear the cheers in the theater.

Now imagine the “JULY 4” title wasn’t there. Nothing changes about the plot, but the sad death scene would be followed immediately by another sad scene, with Jeff Goldblum stumbling around drunk. Putting that title in radically changes our mindset. We know before the characters do that things are about to change. Some might call that needless signposting, but I think that kind of simplicity is what makes this movie work. A movie that was trying to be “better” would say, “Wait, does it make sense that hundreds of fighter jets and pilots are just sitting around at Area 51?” But ID4 wants to keep things simple, so Area 51 becomes the one and only spot that the United States launches its counterattack from. 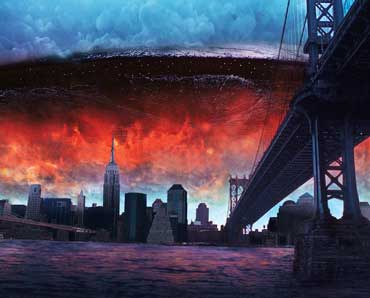 Ben Adams:  I think ID4’s stickiness has to do with a handful of iconic choices and moments that a film like Armageddon lacks. Most notably, the alien ships hovering in the sky above American cities. The scene doesn’t last long, but it’s really neat to see how different people react with varying degrees of fear, suspicion, hope, etc at the ships in the sky. The fact that everything starts blowing up immediately afterwards is beside the point, I think. Alien ships hovering over the world’s capitols is just a great way to kick off a story.

Also, you’ve got the “We will not go quietly into the night” monologue, which is basically our generation’s St. Crispin’s Day speech. I will brook no disagreement on this subject. 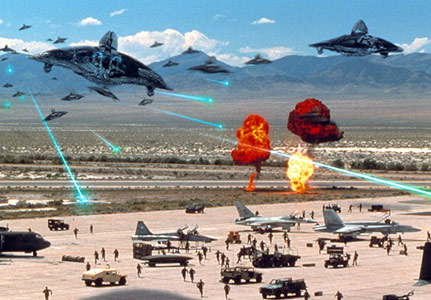 Sheely:  I think Ben’s totally right. This goes to what I was saying before about the strength of this movie being execution. On paper, the story doesn’t stand out from a lot of other b-movies or other contemporary “the world is ending” thrillers (including Emmerich’s post-ID4 films The Day After Tomorrow and 2012), but the special effects and the way that they interact with the narrative pacing creates this sense of awe in the viewer. But of course maybe, this is a product of the fact that I was 14 when this came out, which is pretty much the target demographic for finding ID4 awe-inspiring.

I think novelty is also a part of this. I don’t know if this was explicitly part of the marketing, but I remember going into ID4 hearing that this was bigger and more awesome than anything that had come before, and the elements of execution that we’ve talked about actually made it meet those overheated expectations (at least for a particular subset of viewers, which includes most of us). The other film from our youth that I remember being hyped as being “bigger and more awesome than any movie to date” that also delivered is Jurassic Park, which I also loved when it was out. 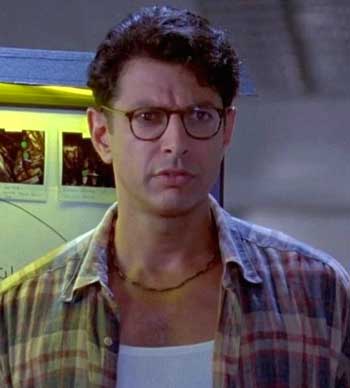 And I think there are definitely similarities between the two. While the appearance of Jeff Goldblum in both is surface level, I think it actually gets at something that makes both films work: they manage to both be kind of smart while also being kind of big and dumb. I think this smartness (or the convincing appearance of smartness) definitely sets them apart from Armageddon and other films in their tradition.

Belinkie:  And what about the famous (infamous?) Presidential speech? Is it a legitimately good speech? I got to say, the idea that “you will once again be fighting for our freedom… from annihilation” seems like a strained comparison at best. And the idea that mankind should now put aside its petty differences against a common enemy seems pretty pedestrian. 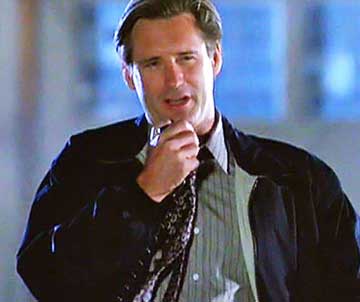 Were I a producer giving notes on this speech, I might suggest that it’s not pissed off enough. Millions, maybe hundreds of millions, are dead. The President’s wife passed away only hours ago. This speech seems altogether too high-minded and not furious enough. To quote Patton’s famous movie-opening monologue, “We’re going to cut out their living guts and use them to grease the treads of our tanks.”

It’s interesting that until this point in the movie, we see very little of what’s going on outside the United States. All the destruction we see is American cities. But at this very late stage, we get a montage showing an international group of fighters all unquestioningly accepting American leadership. That’s immediately followed up by this speech, which basically says “Y’all going to be celebrating the 4th of July from now on.” For all intents and purposes, the Earth is the United States. 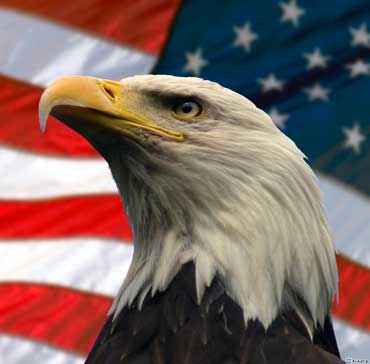 Now in 1996, in the wake of the Soviet Union’s dissolution, the idea that the United States basically owned the world wasn’t so far-fetched. But it’s 2016, and we don’t feel quite so rosy about America’s role in global geopolitics, do we? I wonder if the new movie will show the U.S. having the same unilateral leadership role, if it’s going to be more of a coalition government, or whether the U.S. is going to be actively at odds with other nations that have their own agendas and defense plans.

Sheely:  Oh man, I wonder if there is a Brexit plot line, where he UK leaves the global anti-Alien alliance and pays for it. Doesn’t the trailer have parts of London blowing up?

Belinkie:  I would not be surprised if someone (Russia, I’m looking at you) tries to cut a deal with the aliens, rather than go along with the United States’ attack plan. We may have to re-enter this tank after the aliens invade this weekend, to discuss how the politics of global annihilation have changed in an age when that idea seems less like harmless fun.

Want to hear a lot more overthinking of ID4? Check out our Independence Day Overview! It’s a full-length commentary track that will fill you with both hegemonic discourse and patriotic pride.

Or read more from… Featured, Movies, Independence Day, The 1990’s

5 Comments on “What’s So Special About Independence Day?”