The world of Game of Thrones is a richly imagined one: there are literally thousands of named characters in the book series, many with relatively detailed character histories, house sigils, and a complex web of familial relationships.  The feeling of depth is pervasive in the series, with even mundane details about the society of Westeros given thought and attention.

And as a legal nerd, I can’t help but notice that this attention to rich and complex detail includes the systems and customs of law and government that keep the Seven Kingdoms running.  As a fantasy “sword and sandal” type series, it is unsurprising the world of GoT is run by a King.  A naïve view might assume that any discussion of governance stops there: the King’s word is law, and who needs to know anything more than that? But this view fails to appreciate the depth and texture of the laws and customs that govern the realm of Westeros – and monarchies more broadly. 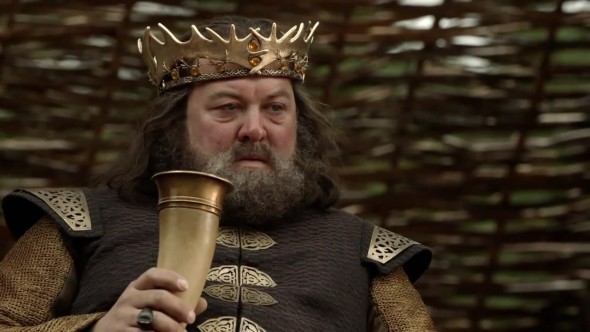 Because Westeros is not an absolute dictatorship.  In fact, Westeros has a richly imagined Constitution, which we can tease out if we pay attention to certain details.

And a constitution, even unwritten, can still be legally binding on even the highest Kings and Lords. Whether they follow that law is, of course, another matter entirely, but it doesn’t mean that the law doesn’t exist.  So what are the features of the Westerosi Constitution?

In the United States, we usually use the phrase “Separation of Powers” to refer to the three branches of government, Legislative, Executive, an Judicial.   This is sometimes referred to as “horizontal” separation of powers, because it divides authority up among coequal branches of government. And in that sense, Westeros has no separation of power – the King (and his Hand) makes the law, enforces the laws, and passes judgment on violators of the law. 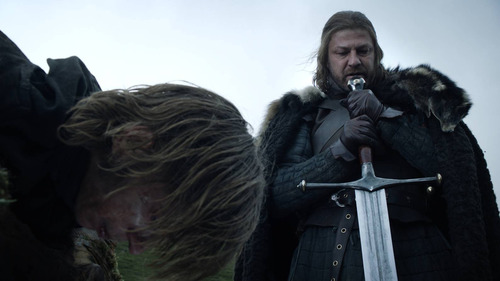 But Westeros is in many ways defined by the vertical separation of power in the realm – that’s what we mean we say “The Seven Kingdoms.”  The realm is divided up into a number of quasi-independent regions, with a different Lord or Prince governing each in the King’s name.  [A “well actually” note: there are *nine* independent regions in Westeros, consisting of the Crownlands, Dorne, the Iron Islands, the North, the Reach, the Riverlands, the Stormlands, the Vale of Arryn, and the Westerlands.]

In each of these regions, there is a complex web of bannermen and liege-lords, owing allegiance and being owed allegiance in turn, 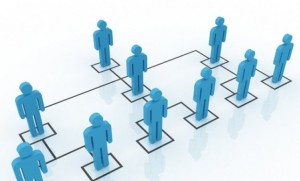 (sort of like a multi-level marketing scheme, but for chopping off heads).   So a Knight might be sworn to a Lord, who is sworn to the overlord of the West, who is in turn sworn to the King.

This system has grave consequences for the realm, because it means that the King’s power is deeply decentralized.  In good times, the decentralization allows for flexibility and efficiency in government – a minor lord of the North need not go all the way to King’s landing to resolve a dispute with his neighbor.  He need only go to Winterfell, where the lord of the North holds sway.

But as even someone as dim as the boy-King (and all-around World’s Worst Person) Joffrey observes, this has significant disadvantages when it comes to keeping a kingdom together – if the King relies on Lords to field his armies and carry out his laws, those Lords have an independent base of power, from which they can mount rebellions. Joffrey sees this, and tells his mother that there should be a royal army, with each individual soldier owing their fealty only to the King.

As Cersei points out, however, getting this allegiance would be essentially impossible – the North may have bent the knee to the King, but even the King’s power has limits.

It is interesting to imagine how the constitution of Westeros might evolve over time. If you squint hard enough, the age-old institutions of the Hand of the King and the Small Council start to look like a proto-Prime Minister and Parliament.  Indeed, at various points throughout the series, the King makes a decree and it is noted that “the Small Council consents.”  The King can of course overrule the Small Council, but with the power distributed as it is across the various Lords and Wardens of the Seven Kingdoms, it is not hard to see how this consent might evolve over time into a veto.

Another feature that is often associated with the U.S. Constitution is the idea of individual rights, which can not be violated even by the sovereign.  This is something of a misconception.  As originally drafted and ratified, the U.S. Constitution only has a handful of “rights” which accrued to the individual citizen – habeas corpus, and the right to be free of ex post facto laws, bills of attainder and “corruption of the blood.”

But that’s not to say that the Framers of the Constitution thought that citizens didn’t have rights. Quite the contrary – many of the Framers believed that there was no need to write them down, because they were such a well known part of the English constitution, and obviously you had a right to a fair trial.  What we know now as the Bill of Rights did not come until after the Constitution had already been ratified. 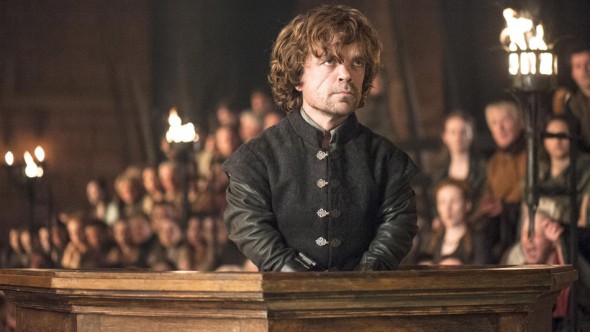 Westeros, of course, has no Bill of Rights, but we see that the subjects of the Seven Kingdoms have individual rights nonetheless.  Most prominently, we see again and again that every subject has a right to a trial, whether by combat or otherwise.  To be fair, there’s a lot of times where this right isn’t honored, and people get summarily killed.  But this is all extralegal violence – the underlying rule says that if you’re accused of a crime, you get a trial. 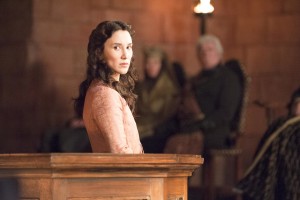 No one, of course, makes more frequent or more dramatic use of this right than Tyrion Lannister, who shames Lady Aryn into giving him a trial by combat, citing the ancient customs and laws that govern the land.  Despite her complete power of Tyrion, he still gets his trial.  And later, even when accused of killing the King himself, Tyrion gets a full trial, complete with the opportunity to call witnesses and confront his accusers.

More subtly, we see that there is a right to property, which cannot be disturbed without just cause, even by the King.  When Ned Stark arrives at King’s Landing for the first time, he discovers that the Crown is millions of Gold Dragons in debt to the Lannisters – and nowhere is it suggested that the King simply cancel the debt, or that he confiscate land in order to pay the Lannisters back.

Part of this, of course, is simply good business.  No one will ever lend the Crown money if they have no hope of getting it back.  Throughout the 1500s, 1600s and 1700s, the French learned this lesson to their sorrow – a lack of robust legal protections meant that French Kings tended to turn on their creditors when times were tough. This is fine in the very short term, but in the long run meant that French kings paid vastly higher interest rates than their English counterparts, who were often prevented from defaulting on loans by Parliament.

But a large part of the refusal to simply cancel the debt owed the Lannisters is simply the legal norm surrounding property protection in Westeros – the King may be powerful, but a Lord’s gold belongs to the Lord, not the King.

The Seven Kingdoms have one feature which is somewhat unique to Westeros: sworn brotherhoods that stand apart from the traditional power structures of the realm.  The Night’s Watch and the Maesters of the Citadel take holy vows to disavow their lands and titles, and play no part in the wars and political jockeying for the Iron Throne. 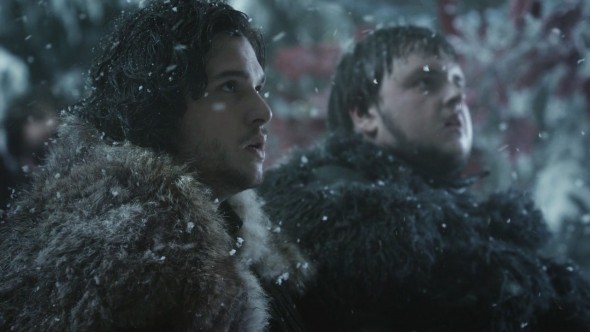 These brotherhoods have unique legal protections and enjoy special status.  Despite Robert Baratheon’s hatred for anyone of Targaryen blood, Aemon Targaryen is allowed to remain unmolested on the Wall.  The vow to stay apart from the game of thrones protects him.

With a little projection into the future and a little bit of squinting, the vow of the Night’s Watch starts to look a lot like the deeply held American tradition of civilian control of the military.  Though the American military has (thankfully) not yet made soldiers and Sailors take vows of celibacy or commit to lifetime enlistments, the American military has always maintained a separation from politics.  Despite their personal views, it is drilled into everyone from the lowliest private to the highest general that the elected Commander in Chief gives the orders, and you just carry them out.  While military members are allowed to vote, strict guidelines govern their participation in politics, to avoid even the appearance of military interference in electoral politics. 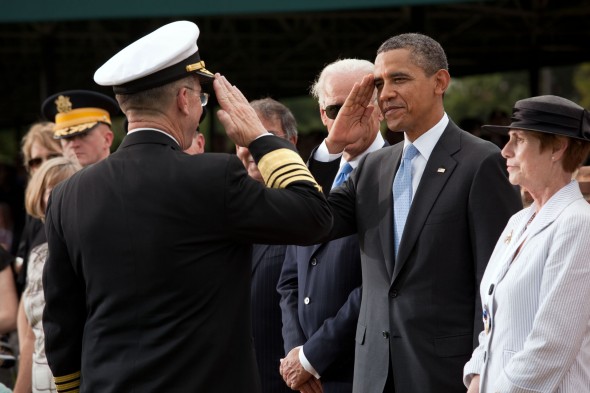 In short, while the world of Westeros may be violent and unruly, it is not wholly without laws.  As I mentioned above, one of the chief pleasures of Game of Thrones is the richness of detail that is woven throughout every facet of the show, and the laws of Westeros are no exception.  So while it may be that when you play the game of thrones, you win or you die, that doesn’t mean there aren’t any rules.

Or read more from… Books, Featured, TV, A Song of Ice and Fire, game of thrones, law

6 Comments on “The Constitution of Westeros”