Doing things well is an under-appreciated aspect of success in pop culture. When one movie breaks box office records, and another flops, the punditry are left answering the question: why? The answers are myriad: the new trend, the latest fad, this political cause, all of it explains why this did better than that.

Consider the concept of “superhero fatigue.” Since at least Iron Man (and maybe since Spider-Man), superhero movies have driven the conversation (and the studio budget) surrounding genre films. With that has come the idea of “fatigue.” The narrative goes something like this: somewhere in the hive-mind that is the movie-going public, there is a number of superhero movies and TV shows that is “enough.” Once that point is reached, we will have achieved “peak superhero,” and caped crusaders will begin their long slow decline back into obscurity.

In opposition to that narrative, of course, there’s a counter-narrative – superhero movies are here to stay, and we can all welcome our vigilante cinematic overlords for a glorious thousand-year reign at the top of the box office. Age of Ultron disappoints at the box office? The Age of Superhero Fatigue has arrived!  ­­Ant-Man outperforms expectations? Superhero Fatigue was never real to begin with! 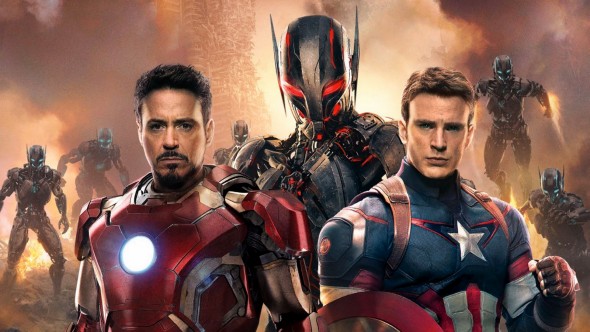 This sort of narrativization is endemic in our popular discourse, particularly online. We treat football and basketball games not as one-off contests between flesh-and-blood human beings, but as proving grounds for our pet theories of the game (the spread offense is dead! Long-live the spread offense!) A not-guilty verdict or court ruling in a prominent case is never about the facts, or the law, or even the persuasiveness of the attorneys – it’s about broad societal trends and of-the-moment hot button issues.

But consider the alternative: maybe Age of Ultron didn’t do as well at the box office because it wasn’t a particularly well made movie. Maybe Ant-Man  succeeded because it was a well made movie, and Paul Rudd is a national goddamned treasure. Maybe the Broncos beat the Panthers because they were slightly better athletes – or, God forbid, because they happened to have a better night on February 7, 2016.

While it seems obvious, this sort of explanation tends to get dismissed, or ignored. Maybe this version of events is acknowledged, but is usually swiftly sidelined – “yes, yes, the movie wasn’t very good, but the reason it really failed was because of [my pet theory].”

Part of this tendency is pure capitalism: articles that just say “Marvel is good” or “Marvel is bad” don’t really get all that many clicks (except maybe hate-clicks from angry partisans). But part of this tendency comes from something else – a tendency to see patterns where there are none. When we look up at the moon, our brain can’t help but see a face; when we see four spins of the roulette wheel come up red, we can’t help but thing “SURELY black is due!” (Or, just as surely, RED IS ON A HOT STREAK).

What I want to argue here is that quality and execution matter.  When confronted with success, our default paradigm should not be one of hot-takes and trend-spotting. Instead, we should take a minute to acknowledge that sometimes success just comes from success: the most likely reason why one thing performs particularly well or particularly poorly is how good the thing is in the first place.

Some examples, from a variety of contexts, help illustrate the point.

Hamilton is the latest must-see Broadway musical, and the Original Cast soundtrack is a must-listen album. Based on the life of Founding Father Alexander Hamilton, the show incorporates a wide variety of musical styles, most prominently hip-hop and rap. In explanation of Hamilton’s success, it is tempting to point to broad societal trends: shifting demographics, racial inclusion, an acceptance of hip-hop as a musical style, etc. And, sure, all of those things are present in the Hamilton success story. 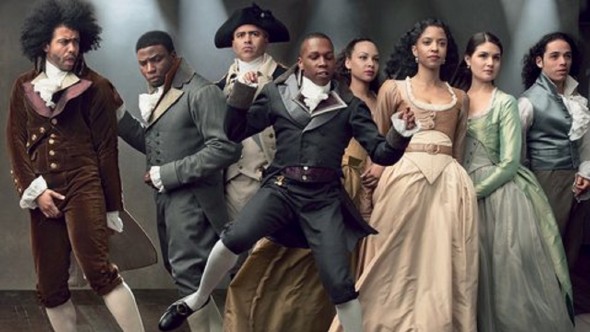 But lost in all of that is a much simpler explanation of Hamilton’s success: it’s really goddamned good. Everything about it is executed to perfection. The lyrics are snappy, the jingles are catchy, the staging is breathtaking, the story catches hold of you and doesn’t let go, and the acting is spot-on.

The one and only complaint I’ve seen about the show is that the juxtaposition of hip-hop and cross-racial casting with a story from the 1700s is “gimmicky.” OK, but so what? If a “trick play” gets a touchdown, it’s still worth the same number of points – and Hamilton is a triumph by any standard.

The reason this is important to keep in mind is that there was nothing inevitable about a hip-hop musical working, or a story about Alexander Hamilton resonating so deeply with the modern era.  And if you seek to replicate the success of Hamilton, you probably won’t do it by making a rockabilly retelling of the life and death of Benjamin Franklin or a hip-hop opera about the Apollo Space mission – you’ll probably do it by finding great actors to sing well written songs that tell a captivating story.

For a slightly different look into the importance of quality and execution, consider the first-person shooter Destiny for PS4 and X-Box. Created by Bungie, the studio that brought the world Halo, Destiny tells the story of a space commando dedicated to defending Earth from marauding space aliens known as the Hive, and their leader Crota, who…

Just kidding. No one really cares about the story of Destiny. The plot of Destiny and (to a slightly less extent) its sequel The Taken King is, not to put too fine a point on it, an unmitigated garbage fire. On my first play through the story mode I was utterly and completely lost as to who I was fighting and why I was fighting them at any particular moment.  The scripts sound like they came from a science fiction/fantasy mad-libs, and the missions only barely hang together to form a coherent story arc.

But guess what – I didn’t really care. Because everything else about Destiny is executed to near perfection: the controls are pitch-perfect, the learning curve is steep without being daunting, and the weapons and armor drop just often enough to keep you grinding into the wee hours.

So we have to remember that quality isn’t a single variable.  You can’t explain the game’s success in generic terms: you have to focus in on the technical perfection that makes it work – god knows the world wasn’t starving for another video game about a space marine head-shotting aliens, and you’d be sorely mistaken if you tried to replicate Destiny by reading the scripts.

We don’t talk enough about Mad Max: Fury Road on this website. I don’t say that as a criticism: I just mean that any pop culture website which hasn’t devoted every single bit and byte of its digital life to Fury Road analysis and coverage really isn’t pulling its weight. The movie was a triumph, and was justly rewarded with both critical and box-office success. 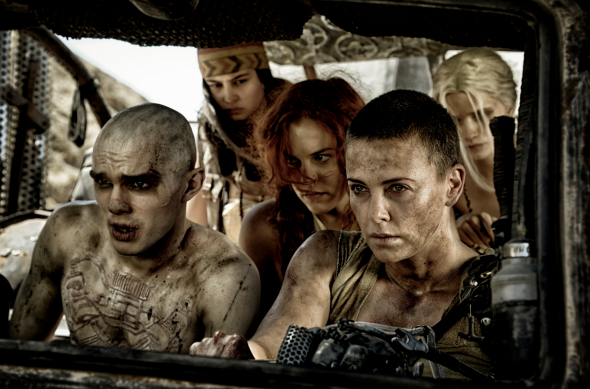 In the wake of Mad Max, the online commentariat and punditocracy found itself in a tussle about the feminist themes of Mad Max. And to be sure, Mad Max is a movie that is not afraid to be feminist: the control of women’s bodies is central to the plot, and Charlize Theron’s Imperator Furiosa is the breakout hero of the movie, overshadowing even the titular Max at times.

But the beating heart of Fury Road  is a kick-ass action movie. George Miller is a master at the height of his game, teaching the rest of the world how to blow up cars in the desert for fun and profit. The progressive themes are just an added bonus, a buy-one-get-one free deal for watching a great film.

Why does this matter?

For a good example of this, check out Richard Rosenbaum’s piece on this site about the difference between the movie adaptations of The Lego Movie and Battleship.

How to Squeeze Stories from Stones — or, Why The Lego Movie was Good and Battleship was Bad

Neither Lego nor Battleship are intrinsically “good” or “bad” toys to base a blockbuster movie on, just as the Disney ride Pirates of the Carribean wasn’t an inherently better premise than The Haunted Mansion. What separates those films is the execution – every decision from the script to the casting to the special effects lead to a particular end-product. In some cases, that end-product was good; in others, it was bad.

But I feel like Hollywood and other major content-producers tend to learn the wrong lessons – they see the success of Pirates of the Caribbean and try to make more movies about rides, or about pirates, without focusing on the aspects of the film that make it work.  In the wake of Deadpool’s success, director James Gunn raised a similar concern in a Facebook post, saying:

over the next few months, if you pay attention to the trades, you’ll see Hollywood misunderstanding the lesson they should be learning with Deadpool. They’ll be green lighting films “like Deadpool” – but, by that, they won’t mean “good and original” but “a raunchy superhero film” or “it breaks the fourth wall.” They’ll treat you like you’re stupid, which is the one thing Deadpool didn’t do.

I think this is exactly right.  Trend-spotting is fun, and sometimes there really is more to the story. There’s nothing wrong with trying to identify the shift in action movie preferences in the post-9/11 era, or argue that superhero movies are part of a larger societal trend.

13 Comments on “Quality Matters: On Cultural Success and Failure”