On the eve of Episode VII, we discuss the thing that surrounds us, penetrates us, and binds the universe together: economics.

Adams:  My question: what do we make of the fact that the entire galaxy-spanning Empire seems to function on a single generic currency of “credits”? This is a pretty impressive feat: trillions and trillions of people on a single medium of exchange.  And they do it without a galaxy-spanning communication network, as far as we can tell.

Belinkie:  It seems like a minor detail at first, but maybe not! Lucas seems very interested in economics as a prime mover of events.  The main antagonists of The Phantom Menace are the robot armies of the Trade Federation. When the Clone Wars start, the bad guys are known as the Confederacy of Independent Systems, which Wookiepedia tells me, “included the Corporate Alliance, Trade Federation, Commerce Guild, InterGalactic Banking Clan and the Techno Union.” This is another really interesting and awesome thing Lucas does in the prequels: the bad guys (at least on the surface) aren’t power-hungry warlords, or monsters, or religious zealots. They’re corporations. The Clone Wars boil down to the 1% trying to overthrow democracy. (Check out our Overview box set for a whole podcast on good stuff in the prequels.) 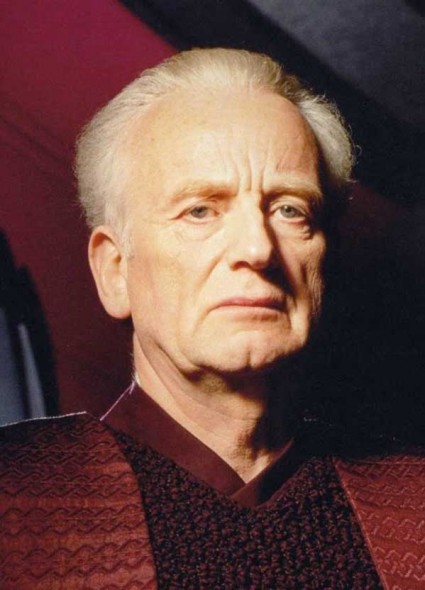 Richard:  Sure, but Palpatine was the one who stirred them up against the Republic, which was only possible because the Republic had become bloated and corrupt and ineffective, which had started to happen decades (if not centuries) earlier. The real villain of the prequels is democracy itself. The argument here is that any sufficiently complicated organization will inevitably destroy itself from within. Corrupt agents of commerce are just a symptom

Belinkie:  Gee Richard, you’re sounding like a Wall Street apologist there. “Sure, a private mercenary force from Goldman Sachs has kidnapped the Secretary-General of the United Nations. But it would never have happened if the United Nations were a more effective governing body. So who is the REAL bad guy here?”

Wrather:  I’m not sure I can endorse Richard’s position. Star Wars is in the tradition of heroic storytelling On our Overviews for the original trilogy, we talked about the Joseph Campbell Hero’s Journey beats —the call to adventure; the refusal of the call; and so on — and though we ended up focusing on the limitations of that rubric rather than its power, I think in this context the power becomes clear.

In this light, it strikes me that the failure of the Republic should ​not be read as a critique of enlightenment democracy, however bloated or bureaucratic. Star Wars is about awesomeness and about individual discovery (Episode IV:  “My convictions that I’m special are true! They’re all true!” Episode V:  “My specialness puts my friends in danger I must be more special than I originally supposed! NOOOOOOOOOO!” Episode VI:  “My specialness’s apotheosis is cause for interplanetary celebration.”), not about the problems of collective action. 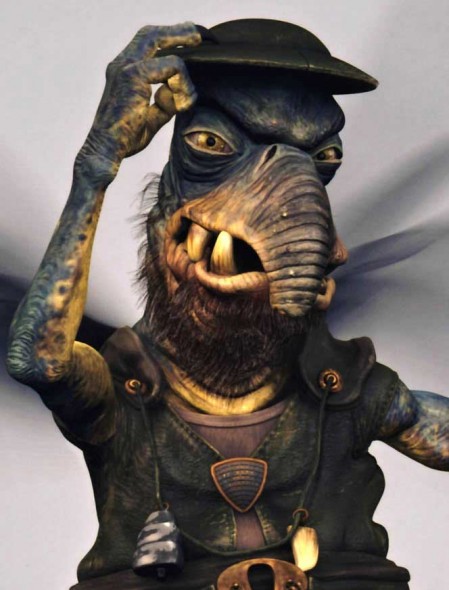 Adams:  If we assume that the value and legitimacy of Credits are at least in some way tied to the governing power in the Galaxy, then the movies give at least some evidence that the Empire is taken more seriously than the Republic. In Episode I, Watto is unwilling to take “Republic credits” from Qui-Gon, saying, “Republic credits are no good out here. I need something more real.” And that’s for a relatively straightforward transaction:  a completely legal contract for goods. But by the time Episode IV rolls around, even smugglers and bounty hunters are willing to accept them.

Fenzel:  I think the extended universe and prequels do an inadequate job of explaining what is going on in the economy and financial systems of the Republic and the Empire. And by that I don’t mean that they provide insufficient detail; rather, the detail added later doesn’t seem to match what we see in the trilogy.

One example of this is currency. The extended universe seems to agree that having one currency for the whole Old Republic and Empire doesn’t make sense. So, they have a lot of other random currencies printed up at various times in response to instability… except we don’t ever really see this in the original movies. And the original movies do make a bit more sense than a lot of the prequels and extended universe, even if the explanations for things are made more ambiguous.

One thing that is clear is that there are both physical currency and electronic currency, which means there need to be both issuers and electronic payment systems. But we don’t really see either of these in action much, and it seems unlikely that there is one big integrated payments platform across the whole of the galaxy, because we probably would have seen it at some point. 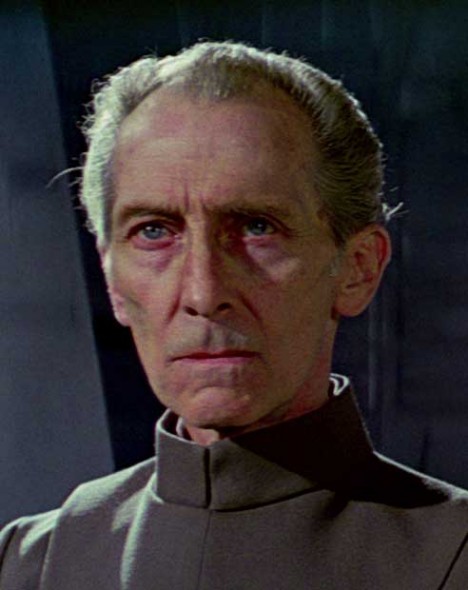 Because there is hard currency changing hands, it seems unlikely that there’s a blockchain or cryptocurrency at work. Such a thing would be possible, but this wouldn’t be a good way to implement it. And I don’t think we ever see an armored speeder or a vault or anywhere else that hard currency is transferred or stored.

This takes me back to my favorite meeting scene in A New Hope (and the original and prequel series together have a bizarrely high number of bureaucratic meeting scenes), which is where Grand Moff Tarkin describes the Death Star primarily as a deterrent not to rebellions, but to the Empire’s own provisional governors, who are given increased authority because of the major behind-the-scenes event of the original trilogy, the dissolution by the Emperor of the Galactic Senate (which is a very major move for a monarch, more along the lines of Louis XIV than a Roman Emperor).

But then they use the Death Star to blow up Alderaan. This is the move, in the context of the meeting that just happened, that we need to rationalize to make sense of the Star Wars economy.

The Organas of Alderaan are a wealthy senatorial dynasty. The dissolution of the Senate effectively removes them from formal power. Leia is protesting, but barring an armed uprising and a whole ton of incredibly bad luck and poor decisions by the Emperor (which make sense when you consider he’s literally Satan), Leia has already lost, or at least is at a severe disadvantage. The meeting where this all was announced was like the same day or earlier that week, and it appears to not have been socialized to the galactic magistracy yet. The provisional governor of Alderaan presumably hasn’t even appointed his leadership team yet. It seems early to punish their disobedience. 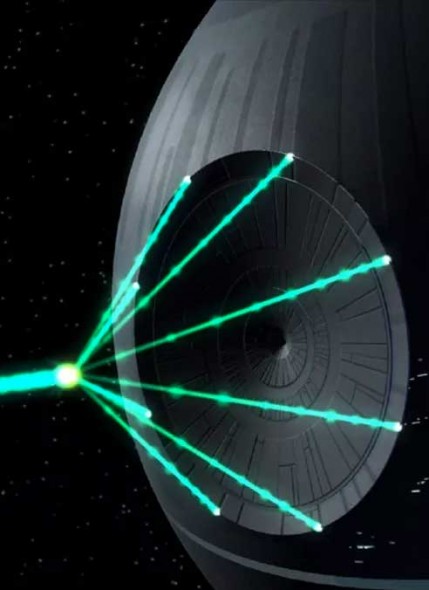 But maybe Tarkin’s motives are only tangentially about the rebellion. Alderaan might be a major creditor to the Republic and the Empire, with blowing up the planet a theatrical form of debt cancellation. I can’t help but think of Alexander Hamilton here, and the idea of a common national debt as a unifying influence on a federal republic. A commonly held debt arrangement, where the lenders and borrowers of last resort are, by statue, the senatorial authorities of the member worlds of the Republic, all backing each other, with their faith and “credit” backing the currency, could answer a lot of our questions fairly elegantly:  what is a Senator’s job when the Senate is so large that it is useless as a deliberative and policy making body? Why are the various guilds, banks, and trade organizations in conflict with the Senate, when the Jedi generally weren’t concerned with what the Senate was doing? How can you seem to have a devolved system of distributing currency in different ways on different planets but have it all be the same currency with the same name?

Furthermore, why does there seem to be one or two very rich people in positions of authority on every planet, who seems to get to dictate what forms of payment are used? And how do you handle transaction clearing on the retail level without an interplanetary payments platform?

If I were writing the extended universe, I’d handle it with there being an interplanetary payment clearing network, but it is only accessible by a small number of people on each planet, primarily the senators and major business interests (the Jabbas and Landos of the world). These figures batch electronic transactions and keep the legers on hard currency transactions, which can then be either uploaded to the network for clearance, or if that isn’t a technological option, cleared through the operation of the various guilds and banks, who might travel from system to system clearing transaction batches.

This would naturally bring the guilds into conflict with the senators, as they would perhaps want to lend more directly to the individual planets rather than using the backing of “credits,” which necessitate a risk-free rate and spread on the commonly held debt. 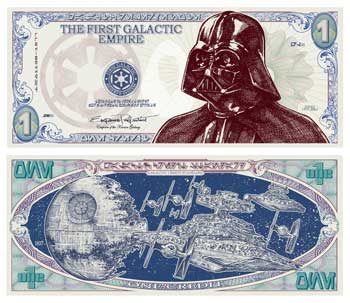 Anyway, this is how I would see it working based on what we see. It would also explain Watto, who as both an independent businessman who refuses to accept credits and as an anti-Semitic stereotype would seem to hint at the existence of shadow banking systems that you can get in on, but only if you don’t observe the Republic’s rules and traditions by a fluke of circumstance.

It is also possible that, since two of the strongest independent businessmen we see (Watto and Jabba) are immune to Jedi mind tricks seemingly by their biology, and since Qi-Gon Jinn tries to use the Force to compel Watto to accept credits, that the adoption of credits was reinforced by the Jedi and resisted by species who could resist Jedi, drawing further parallels with the role of Jews as excluded by the circumstance of their birth from usury prohibitions in banking in medieval and early modern Europe. 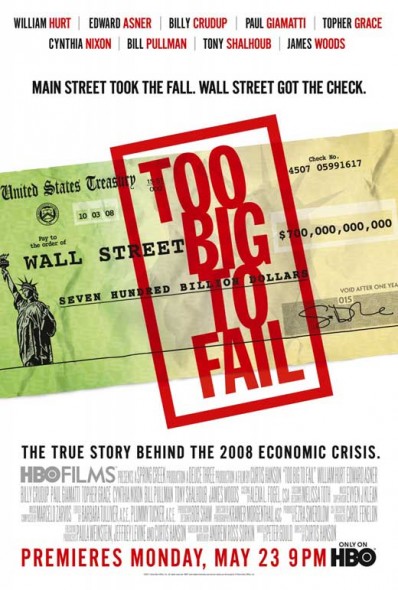 So the failure of the Republic and of the Empire could in part be a fiscal failure, and a cautionary tale of counterparty risk. When the Republic becomes the Empire, the currency endures as the Senate endures, but inspires less confidence without the Jedi. The Emperor then wants to remove his rivals, but since his rivals back the currency, he gets rid of both his debts and his capacity to borrow. Note that eventually the Empire buys a whole lot fewer clones and robots and ends up relying on a volunteer army or on conscripts. Fear may keep someone in line, but what about the bottom line? Maybe the Emperor was so focused on the dark side of his ledger than he ignored the red side to his peril.

Or maybe that’s what the dudes in the red outfits around him do:  Space-Satanic payments and debt servicing.

Belinkie:  I’m intrigued by this idea that the Empire may be in debt and unsustainable. On the surface, it is presented as this immensely powerful all-compassing force. It’s the giant ship that will swallow up the little ship whole with terrifying efficiency. But maybe reading between the lines, we can see the Empire is already in decline. Dissolving the Senate, building the Death Star, immediately blowing up a planet for flimsy reasons… are these steps taken from a position of strength? Or are they desperate attempts to stave off inevitable collapse?

Come back tomorrow for Part 2, when we’ll discuss what effect the Death Star might have had on the galaxy (had it not been immediately blown up), and what other would-be emperors can learn from Palpatine’s downfall.

2 Comments on “The Economic Theory of Star Wars, Part 1”