UPDATE: Now that we’ve actually seen Avatar, don’t miss our Avatar Podcast: “Are We Human, or Are We Panther?”.

Fenzel: I wonder how the Avatar article I wrote [Ed. Note: Fenzel wrote “5 Reasons Avatar Will Suck” before seeing the movie. —Ed.] is going to hold up, now that Avatar is actually in theaters. James Cameron’s probably gunning for us. So, if I get killed by a liquid metal killer robot, you all know why. 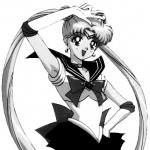 Mlawski: The funny thing is, I spent this morning reading all of the early reviews for Avatar, which were all ridiculously positive. But none of them said the plot, characters, or writing was any good. They all boiled down to, “Oooh! Pretty!”

So we can have a situation in which the movie is a big critical hit, yet Pete’s article is completely right. 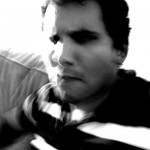 Belinkie: I wonder if the movie is a lame cliche, but at the same time, it’s a well-written lame cliche. Like, the plot moves along quickly, the dialogue is sharp, the jokes work. So Pete’s article might be completely right, but it works in spite of those issues. 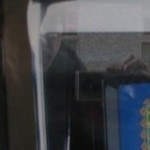 Perich: You mean, like Star Wars? Star Wars: A New Hope was groundbreaking visually and is a lot of fun, but let’s never forget that the writing is really (really) bad.

Belinkie: I’m going to straight-up disagree with you. I’m not even a Star Wars fanboy, but them’s fighting words.

Star Wars is an extremely well-plotted movie, with some amazing characters. Seriously, how do you look at a screenplay that invents Darth Vader and Han Solo, and declare it really really bad writing? If you mean it has some cheesy DIALOGUE, well sure. But that doesn’t make the writing bad, in this case. I’d say the cheesy dialogue is part of what makes the movie so much fun, and therefore part of its goodness.

Fenzel: A New Hope is the only movie I know of that is still watchable in ASCII. That’s gotta count for something, right? 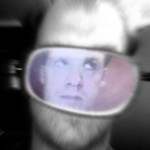 Wrather: I’m not sure “invents” is the right word for what Star Wars does to Han Solo and Darth Vader. A lot of the good parts of Star Wars you identify are borrowed from elsewhere — both from the Joseph Campbell Hero’s Journey stuff and from the space adventure film serials that George Lucas grew up with. Come to think of it, these have cheesy dialogue, so the cheesy dialogue in Star Wars is a faithful recreation.

If a lot of what’s good in Star Wars is borrowed, maybe George Lucas’s accomplishment is one of arrangement or curation.

(Zooming out for a second, Star Wars is a product of the same sensibility—let’s call it “early mainstream post-modern”—that gave us Indiana Jones, which is a similar effort in bricolage. This sensibility is the ancestor of Wes Anderson, Diablo Cody, and Vampire Weekend, who have pushed it into the territory of the decadent or baroque. But that is beyond the scope of my comment here, so, conveniently enough, I will just make those claims without substantiating or qualifying them.)

I haven’t seen Avatar, so I can’t say if its length is justified, but Star Wars: A New Hope at least has its 2 hr running time in its favor. It’s a concise movie that never gets boring — not to me, anyway. I have a feeling I’m going to be looking at my watch during Avatar.

Plus, you have to give George Lucas some cred for starting off the movie with twenty near-silent minutes of a really alien robot culture. You can argue that Han Solo and Darth Vader are obvious cliches, and you’d be right. But Jawas, sand people, Artoo and C3PO? That cheesy-looking robot that kinda looks like a garbage can with legs? All great and exciting and new, especially in film at that time. As for those xexy boobed cat-people that look like they were ripped off whole cloth from Everquest or WoW? Oh, that James Cameron: such a visionary!

As for Star Wars’ over-the-top dialogue, I agree with Matt and Matt. Look, when it works, it works. Star Wars is a romance (in the old Northrop Frye sense of the term). It should have epic dialogue. It’s not trying to be The Wire, nor should it be.

Incidentally, “xexy” is my new alien word for “sexy.” Eat that, James Cameron!

Belinkie: I never thought I’d say this, but I don’t think you guys are giving Lucas enough credit. Sure he’s taking inspiration from various things. But if Darth Vader isn’t an original character, then who is he ripping
off? Maybe I’m just playing devil’s advocate, but who are the obvious sources for Vader?

Callot: Vader is one of the characters Lucas took from Kurosawa’s samurai films. I think his face mask is supposed to reference Japanese theatrical masks, and/or samurai armor. Also, his bizarrely brutal violence mixed with intelligence and honor are sooo Kurosawa.

Shechner: In two regards, Lucas’ creation can be considered brilliant writing. First, we have to recognize that there’s a special kind of genius that comes not from creation, but from creative mixing. For example, I heard that this one time, a guy in Harlem totally sat down at a piano, mixed Ragtime and Blues, and created Jazz. For Lucas, realizing that he should just wholeheartedly embrace Campbell while mixing space opera and Samurai epic is a brilliant innovation.

But if you’re looking for genius of the first sort, look no further than R2-D2. Campbell mentions that the hero, as he accumulates a cadre of followers, is often accompanied by clowns; these serve both to ground him (lest the weight of his quest delude him with grandeur), and to connect the listener with the story. R2 and 3PO would, at first blush, fit these roles, and for 3PO the argument holds water. R2-D2, though, is arguably the most competent character in the films; indeed one of only three characters that remains corporeal and consciously aware throughout all six movies. (Though we don’t see the Emperor during episode IV, it’s assumed that he’s not dead, or mind-swapped with a chicken.).

Mlawski: Back to Avatar: Manohla Dargis loved it.

Guess I’m going to have to see this thing, huh?

Perich: I am suitably chastised when it comes to the writing in Star Wars: A New Hope. I often use “writing” when I mean “dialogue.” So let me clarify: the dialogue sucks.

But I have to concede to y’all – Star Wars is a tight little miracle of action-movie plotting. It’s immensely fun. And, as critical as I am of Lucas at times, I need to give him more credit. Science fiction in the 70s painted pictures of little but grim, dystopian futures (A Boy and his Dog, Rollerball, Logan’s Run, etc). Star Wars was a shaft of light through the clouds.

So if Avatar is visually stunning and the plot is not actively toxic, I suppose I ought to see it.

What’s your verdict, Overthinkers? Have you seen Avatar yet? Does it stack up to Star Wars? Sound off in the comments!

41 Comments on “[Think Tank] Is Avatar This Generation’s Star Wars?”