Deep at its core, The Hunger Games franchise is about the power of propaganda.

Indeed, the series takes its name from the Capitol’s most powerful weapon of propaganda, an annual game of gladiatorial combat aimed at keeping the “Districts in line and under the thumb of the Capitol”.  In a previous piece, I explored whether or not the Games really work as a weapon of propaganda.  Ultimately, I concluded that they didn’t: because the Games gave a platform to the oppressed, the Games ultimately became a means of starting a revolution, rather than stopping it. 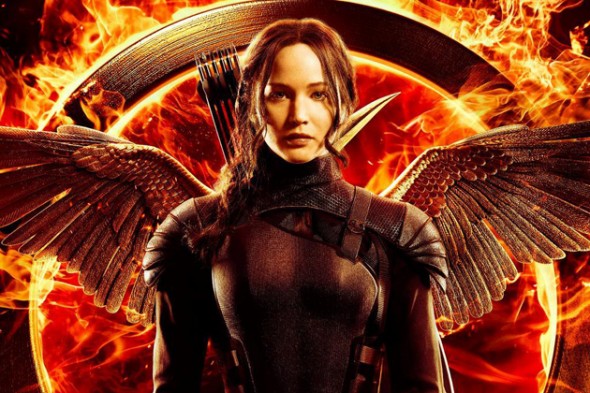 First, a note: I’m really only dealing with District 13’s use of Katniss Everdeen as the “Mockingjay” after she is rescued from the arena in the Quarter Quell – i.e. after the start of Mockingjay.  Prior to that, Katniss was the symbol of rebellion, and likely the subject of D13 propaganda, but not deliberately – she was mostly trying to survive, and in that struggle she inspired others to rebel against the Capitol.

But after her rescue, she shifts from an incidental subject of propaganda to an active participant in its creation.  Though Katniss has personal goals that diverge from those of District 13 and President Coin, she aligns herself with them and consciously assumes the mantle of the Mockingjay in order to create anti-Capitol propaganda pieces.

But does it work?

We should start by tracing the conflict between D13 and the Capitol.  At the outset of the series (i.e. in The Hunger Games and at the outset of Catching Fire), the rebellion against the Capitol is much closer to a riot in form – it’s unorganized violence by isolated individuals, largely in the form of symbolic (and hopeless) acts of resistance.

But then, in Mockingjay, the series takes a sharp right turn by introducing District 13, the supposedly destroyed center of the previous rebellion.  What’s key is that District 13 is a militarized society, and has the resources to wage a for-real war against the Capitol.  The conflict wasn’t just a revolution anymore – it was now a war between major powers, with the Districts in between.

They enlist Katniss, telling her that their goal is to “Show them that the Mockingjay is alive and well – we need every District to stand up to this Capitol.”

And for much of Mockingjay: Part I, this campaign seems largely successful: we see at least two examples of rebellious acts conducted in direct response to the Mockingjay campaign: the lumberjack’s attack on the Capitol’s guards (quoting Katniss’ “we burn, you burn with us”), and the nearly-suicidal attack on the dam powering the Capitol.  For those attacks, Katniss clearly plays a role in uniting the Districts against the Capitol, so score one for the Mockingjay campaign.

Does it always matter?

But as the conflict goes on, the propaganda begins to matter less and less: the war turns from a conflict of wills to a conflict of arms.  The telling moment is in the bombing campaign conducted by the Capitol against District 13: Katniss is relegated to hiding in a bunker, while President Coin strategizes about high-tech war involving aerial bombers, hidden anti-aircraft guns and long range missile deterrence.

From this moment on, the Mockingjay becomes mostly irrelevant – we care because we care about Katniss, but the war has moved on.

Note that propaganda in its modern form probably first appeared during World War I, when the great powers of Europe were forced mobilize their entire nation in order to prevail in what the perceived to be a life-or-death struggle.  Certainly propaganda existed before this time, but the idea of mass produced, mass marketed and heavily financed propaganda was largely a product of the age of industrialized warfare. 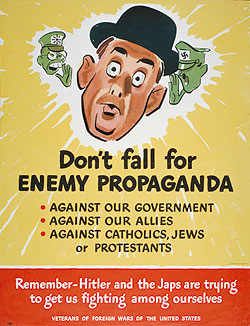 And this type of propaganda arguably has at least three different audiences:

For District 13, #2 was the only ever thing that ever really matted (in the sense that the District’s are the “Capitol’s” people).

With respect to #1, District 13 is already a wholly militarized camp: nearly everyone is either under arms or working in some type of wartime industry.  While Katniss appears to be popular among the 13-ers, there’s really nothing to show that they work or fight any harder as a result of Katniss’ efforts – indeed, they’ve been working to build an arsenal against the Capitol for decades before she arrived. 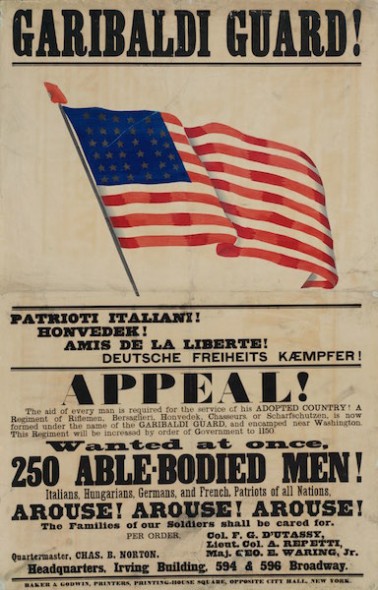 And with respect to #3, as far as we know there are no other nations to be the target of propaganda.  This is an important detail to note – shaping the message of a war is quite often aimed quite explicitly at a foreign audience.  The recent book Cause of All Nations, for instance, discusses the desperate stakes of the “public diplomacy” campaign waged by the United States and Confederate States during the Civil War – the Union’s pro-democracy message resonated throughout Europe, resulting in tens or hundreds of thousands of new soldiers for the cause; and on the other hand, if Britain, France, or the other “Great” powers of the day had recognized and/or sided with the South, it very well could have made the difference in the war.

World War I was little different – both the Entente and the Central powers were constantly trying to coax foreign powers into either joining the war (if they were leaning that way) or trying to prevent them from coming in (if they weren’t).  But in the world of the Hunger Games, there are no foreign powers: there’s no American dough-boys ready to come marching from across the sea to save the Districts.

So the only real target of the propaganda are the individual citizens of the Districts, who need to be induced to side with District 13. 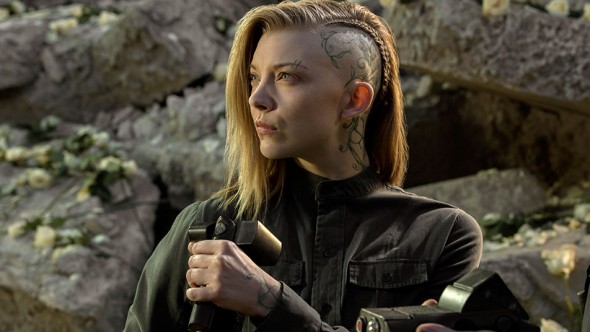 And the occasional citizen of the Capitol, but only if they have really cool haircuts.

But by the time that bombers are above District 13, the Districts have pretty much made up their minds – they’re either all in for the rebellion or supporting the Capitol.

And when you look at it like that, you can’t help but wonder how much Katniss ever mattered – because while she might be good propaganda, the Capitol has terrible propaganda.  They do things like raising production quotas under pain of death, and bomb hospitals full of the wounded. Indeed, their propaganda is so consistently bad that District 13 doesn’t even bother to censor it from their own people – they show the Capitol’s propaganda on the internal District 13 television station.

But with all of that said, what’s important about the Hunger Games isn’t whether or not Katniss wins the war or not – she is, after all, essentially a teenager.  We care about her arc because we care about her as a character.

15 Comments on “Does the Mockingjay Work as Propaganda?”