Aside from having an extraordinarily compelling and complex protagonist in Katniss Everdeen, what makes The Hunger Games (books and movies) stand out is the central conceit—The Hunger Games (the in-story televised fight to the death).

But of course, this as at least in part the point. Susan Collins clearly has a message about the nature of violence, and the intersection of violence and celebrity culture. The Hunger Games works, because it expresses these ideas well, while providing entertainment at the same time. Of course, at also accomplishes the other goal of a work like The Hunger Games, by making lots of money. Like, all of the money. 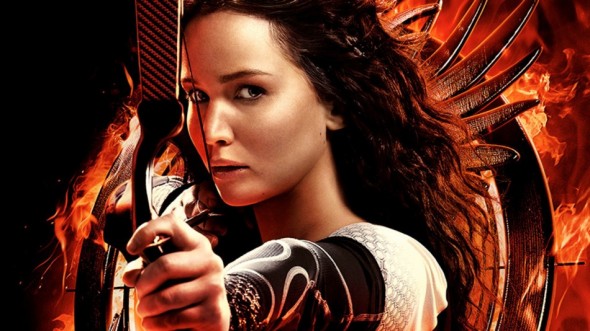 Seriously. All of it.

What are the goals of the Hunger Games?

Before we can decide if the Games accomplish their objectives,  we need to know what they’re actual trying to accomplish. And this is made quite clear—to maintain dominance of the Capitol over the Districts.

One of the things that has always stood out to me about the Games is that they are a fairly blunt tool of social control and oppression. Most real-life propaganda and social control methods are at least given a fig-leaf of legitimacy or external purpose. You can make the argument that modern mass culture is just a tool used to keep the masses fat, dumb, and happy, but you at least have to work at it. No one is going to come out and just say that The Jersey Shore is a tool meant to promote consumerism and channel social rage.

But that’s not the world of Panem. The Capitol is quite explicit in the justification for the Games. They are a reminder to the Districts that the Capitol is in charge, they make the rules, and that Resistance is Futile against the power of the Capitol. There’s no subtext involved—that’s just text. The Games are evil, and the Districts will just have to deal with that.

So that’s clearly the over-arching goal: keep the Capitol on top and the Districts on bottom. But that invites a more detailed inquiry of exactly why the Games look the way they do.

The first question is simple. Why children? Why are the Games focused on the young, instead of culling from the ranks of the adults? Surely, the Capitol isn’t worried about the children of the Capitol revolting. I think there are at least two reasons why.

Two, a Games that featured adult participants might encourage exactly the sort of behavior that the Capitol is seeking to avoid. If the Games culled from the ranks of the young, say 18-45 year olds, you’d be encouraging every man and woman in the Districts to be constantly training for combat, lest they be the next one reaped for the Games. With children, you encourage only a handful to train for the Games, and they won’t even be fully grown at that.

The next question is a little more complicated. Why go through the trouble of the Games? Why not just pick two kids and execute them directly, instead of the elaborate expense of the Games?

This question is actually addressed in the book. President Snow explains that the Hunger Games give the idea of hope. Not too much, nothing to give the Districts any ideas, but the Capitol recognizes that a trapped animal will do anything to escape, so there has to be some sort of relief valve, some sign that the Games are something other than a death sentence.

There are likely other reasons as well. As far as social control tools go, you want yours to be a spectacle. You get a lot more psychological and existential horror from a days long contest than you do from a single minute of murder. You want people to watch what’s happening.

Even better, the Games function as a wedge to keep the Districts at odds with one another. Tyrants throughout the world and throughout history have recognized the power of dividing and conquering the populace. It might not be great to live in District 5, but at least you don’t live like those ANIMALS in District 6…. 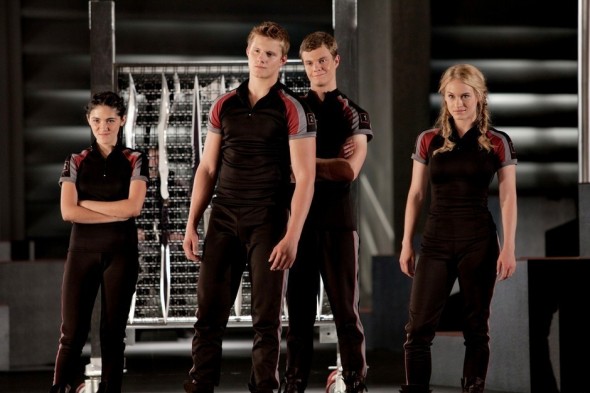 While these sorts of class divisions are enforced in innumerable ways in the world of Panem, the Games put these divisions on display, rubbing it in the district’s faces. This is particularly evident in the different way that the richer districts like 1 and 2 treat the Games (as an opportunity) than the way that they’re treated in the poorer districts like 12 treat them (as a death sentence).

So the theory behind the Games isn’t a bad one—divide the districts, and remind them every year that the Capitol has all the power.

Did the Hunger Games ever work?

We know that ultimately the Games fail in their objective: After 75 years of the Games, the Districts revolt against the Capitol again.

But that’s too harsh a standard to judge the Games by. At may be that the revolution would have happened much sooner had it not been for the Games. We know that there are 75 years that pass between the end of the First Revolt against the Capitol and the Second. Two or three generations is actually a pretty good track record for keeping the Districts in the kind of abject poverty and oppression that we see in Panem.

Keep in mind, the Hunger Games were direct result of that prior revolt. They are a form of pennance, reperations to remind the Districts of their previous failure. In that sense, we might compare the performance of the Games to the sanctions and reparations foisted on the Central Powers after World War I, which only forestalled the next war by a couple generations. Ultimately, we just don’t have enough information about the history of Panem to know for sure whether or not the revolt would have come sooner had it not been for the Games.

It’s also possible, of course, that the Games actually made things worse for the Capitol. By the time of the 75th Games, the Games are no longer the key to the District’s oppression. Instead, they’re the straw that breaks the camel’s back, the spark that lights the flames of revolt.

The problem with any tool like the Games is that they can have unintended consequences. For every person cowed by the power of the Games and the Capitol, you might be creating ten revolutionaries. Again, we just don’t know enough about the pre-Katniss era of Panem to know how this calculus plays out. All we know is that the Games aren’t enough. The Revolution was televised, and the Games ended where they began, with bloody revolution.

Why do the Games ultimately fail?

What went wrong? Why did such a powerful tool of propaganda and oppression fail so spectacularly?

To me, the answer is possibly illuminated by the following thought experiment: What did the 1st Annual Hunger Games look like? Just 1 year after the end of a massive civil war, who were the first Tributes, and what was different from the 74th and 75th Games that we see in The Hunger Games novels?

Of course, there’s no textual evidence that tells us for sure, but it’s hard to imagine that they were the same spectacle of celebrity and excess seen after seven decades of the games. We’re lead to believe that the First Revolt against Panem nearly destroyed the society, and so it’s likely that the first Games were a spartan affair—no Caesar Flickerman, no expensive dresses and lavish parties. 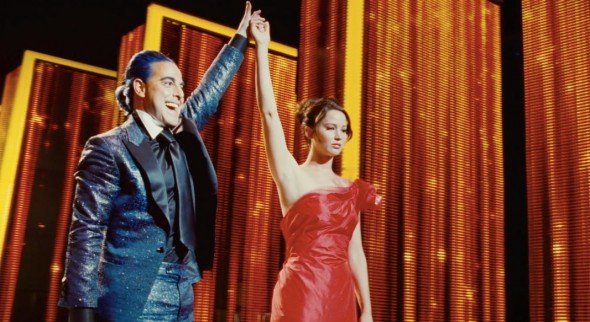 Stanley Tucci is the best.

So we can surmise that what happened to the Games is that they were undermined by the very excess that they contrived to create. The Capitol, obsessed with the Games as a tool of celebrity and excess, turned them into something else. While it’s unclear to what extent even the Capitol’s citizen’s participate in government, even the most dictatorial regimes have to respond to public opinion in at least some way.

And we see this in the way that Katniss and Peeta manage to outsmart the Games, and the Capitol in the first novel. As a tool of social control, for oppressing the Districts, there’s no justification whatsoever for allowing anyone to subvert or beat the odds in the Games. The whole “berry” stunt would never have worked in the 1st Hunger Games; as President Snow suggests in the second book, they should have killed both Katniss and Peeta on the spot.

The point of the Games is to tell one story and one story only: The Capitol is in Charge. But the Games became about something else—about telling new stories, about True Love and celebrity, and ratings. And so Katniss and Peeta are spared, and the Capitol falls. 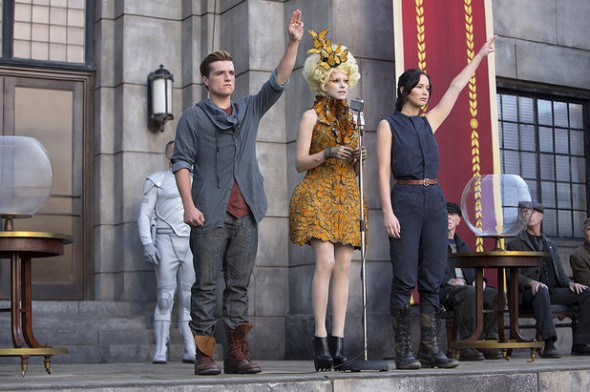 All of that said, the Games were almost certainly doomed to fail in the end. Even if Katniss and Peeta had been killed on the spot, the revolution would not have ended there. The Capitol had oppressed the Districts too much, and for too long, to last forever. Instead of living beacons of defiance, they would have been martyrs, immortal symbols of that cruel and heartless Capitol oppressing the innocent Districts.

Because truth will out—oppression is oppression, and dictators will inevitably be undone by their own attempts to control the populace. In a competition like the Games, it was inevitable that things would get out of the Capitol’s control. Katniss Everdeen is not the first competitor to take a dictator’s showcase and turn it into a weapon against him. 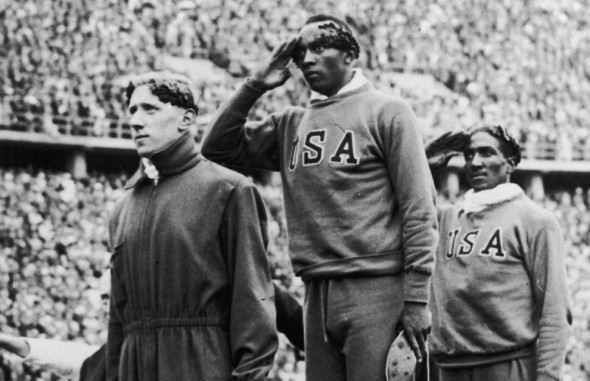 One of the things that’s most interesting about Katniss’ story arc is that she is mostly an unwilling participant in the revolutionary narrative that grows up around her. We know that, given her druthers, she would just disappear into the woods with her family, never to be seen again.

All of the forces that turn Katniss into the Mockingjay are already there. District 13 is always out there, waiting for the right moment to restart the war that had begun 75 years before. Katniss is interesting because of the interesting and complex relationship she has with the revolution that’s building in the Districts, and the failure of the Hunger Games as a tool of social control.

15 Comments on “Do the Hunger Games Actually Work?”