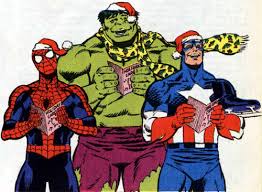 Avengers: Age of Ultron is the movie to see this year that doesn’t have Chewbacca or Ludacris in it.  And even though at this point the whole enterprise has begun to feel a bit familiar, it’s important to remember what these special occasions are really about.

I want to tell you a story. But first, for ongoing Avengers launch coverage, plus an exclusive Avengers challenge, subscribe to the Overthinking It Newsletter now:

Don’t believe this awesome new David Hasselhoff music video. When I was a youngling, back in the 80s and early 90s, the world was a cold, terrible place. Video games were brutal and taxing, saying hi to a friend meant calling their house and talking to their mom, and there were no good superhero movies.

Oh, we had Christopher Reeve as Superman, which was a good superhero portrayal, but had the combined quality of one good movie stretched across four. And we had Tim Burton’s Batman, which was truly awesome, but struggled in its glory with a campy fatalism that spoke with rubber-clad certainty: “The world demands that movies like this must be stupid.”

Some flicks in other genres drew on comic book material: the ninja turtles, of course, and the Wes Craven Swamp Thing, but the era’s other superhero fare, even when they were tolerable, were hardly part of the culture as movies. Most guys my age barely knew they existed.

Captain America was a TV movie or two. The Incredible Hulk was a TV show, too. The movies ranged more along the lines of the I-love-Dolph-Lundgren-and-have-basic-cable-and-insomnia The Punisher, to the legendary unreleased Fantastic Four, and the Howard the Duck catastrophe.

We danced with the devil in the pale moonlight, but we had no one else to dance with. 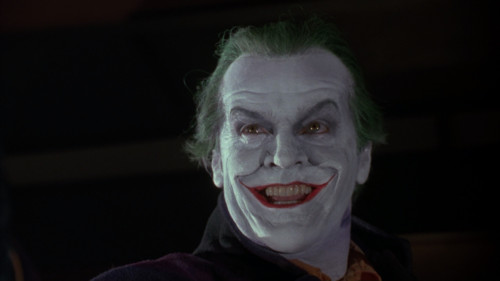 Oh, we had great adventure movies, and great sci-fi/fantasy movies, but not superheroes. They were too silly. Too childish. Too dated, maybe? Not movies, no. Superheroes were for cartoons.

Then we had the slightly-off late 90s, when comic culture was booming with the discovery of a thick vein of anti-hero, but when moviegoers we were allowed more comic book movies, but not happiness. We had pre-Superman radio drama heroes The Shadow and The Phantom make their not-awaited return (Hell, I loved them both). We had The Crow, Judge Dredd and the Marvel that is Blade, which were comics, but not ones we’d ever heard of. And we had Shaquille O’Neal’s Steel, which I loved to death, but I don’t think a lot of other people did, for reasons that will become obvious.

And we had Spawn, which was Rent for those sunny 90s teens who preferred damnation to AIDS. Never before or since has a property so thoroughly inspired the sentence, “The HBO cartoon was so much better than the movie.”

The Last and the First

So, finally, we came to a crossroads. They unlocked the powers of the Cosmic Cube or whatever else was necessary, and they figured out how to crank out actually good superhero movies. And they made a lot of them.

And I want to take some time to dig into how big this change feels, even though superficially it might seem more evolutionary than revolutionary.

I tend to locate this change between the last old superhero movie:

X-Men, which had the CGI-assisted action sequences that would become a mainstay of the genre, but which still shared the old guard’s anxieties. Particularly around two factors:

And the first new one:

Spider-Man, which brought a superhero to the screen as a culmination of the work that brought you the earnest and shameless heroics of Hercules: The Legendary Journeys and Xena: Warrior Princess (well, you could argue Spider-Man 2 is the true culmination, but this was the flying leap the big time).

For my money, one guy who never gets enough credit for the modern superhero boom is Sam Raimi, who brought back the joy and fun to comic book movies much as he did to horror with the Evil Dead films, and who, through his success, gave everybody else permission.

The two points I brought up for X-Men change here, quite a bit. Spider-Man tried really hard to look like a comic book. It was bright, colorful, kinetic, and storyboarded and shot with a sense of panel design, not just scene tracking, with the essential suggestion of motion from shot to shot and frame to frame, like a big ol’ ever-lovin’ Jack Kirby punch. It also wasn’t afraid of being silly without apologizing for itself or coming off as amateurish, with the result that it has a bright, bouncy, very important sense of humor.

And it was a movie where the individual parts were far inferior to the whole – alone, Spider-Man looks pretty dumb; certainly dumber than cool post-90s Wolverine.

But in motion? In context. Let’s just watch them.

Note how horizontal everything is. The camera catches the action in a way that grounds it in action movies: look at the narrow alleyway full of steam. Look at the flashing strobe lights and flying papers. See the intensity in the face-off between the hero and henchman.

Cut to punch! Cut to kick! Cut to face. Cut back to medium shot.

Everything around them is gray and blank (keep in mind this fight is in a rather extraordinary location approaching and inside the Statue of Liberty, but the sets could just as easily be from a Highlander sequel). Even when the camera tilts up to watch Toad fly away, it rights itself on the horizon, as if by gyroscope. As if it cannot bear to depart from that comfortable, level view. As if it’s terrified of what might happen.

At first, many of the lines are diagonals, governed by the precarious tilt of the camera on the balcony, and the angles don’t just follow what the characters are doing, they actively present the characters with obstacles, environment, composition. They herd the characters into compelling relationships with each other of space and shape.

When Peter Parker tugs the couple away from crushy death, the camera holds a bit of a Dutch Angle. But later, when the debris falls on the police far, the dominant angles shift from tilted to flat, and the car is flattened. That’s a comic book panel move right there. The framing is an additional player in telling the story.

There’s a guy in an incredibly stupid shiny outfit and people turn into skeletons! No shame in their game!

And then after a few more shots, the dominant shapes, which had been skewed angles, all become round. The round balloon. The spiraling smoke trail. The round face of the building Spider-Man runs across. It’s almost as if the people making this enjoy drawing shapes.

At one point, the green goblin punches Spider-Man through stuff. But it isn’t just random stuff, like papers, debris, glass and concrete – he punches him through a table of pastry trays and a pyramid of champagne glasses. Specific things, with subtext, with tone, and piling on the fun.

And forget about distancing from comics. There are a bunch of direct references to Super-Man – both the Christopher Reeve Superman and George Reeves before him. Is there any more comic-booky a move to make than for a bystander we’ve never seen before, and never will again, to point upward and forward, arm extended to a single fingertip, and say “Look! The protagonist!” Maybe if they also identified animals and vehicles first.

(By the way, I read once that Sam Raimi had said the only superhero movie he watched while he worked on Spider-Man was the first hour of the first Richard Donner/Christopher Reeve Superman, before it gets Gene Hackneyed. It was a smart choice. That hour was the best mainstream superhero film for about the next 25 years.)

Now, for further, comparison, check out this fight scene from The Avengers:

There’s a lot more Spider-Man in these sequences than X-Men.

Note the use of angles, the way the eye of the camera moves around and through the crowd.

Particularly note what happens when the crowd disperses, how much the scenario and the tension change, and how much more freedom of movement gets introduced, as we see so much more of the space around them. While it’s not quite as off-the-wall as Raimi, but the influence is there.

And that’s 15 years worth of movies between those two scenes. It sure doesn’t look like it. Oh, the effects are a lot better, and they have improved the overall standard for superhero movies a great deal, but stylistically, to me, it still seems like, with some important exceptions (Ang Lee’s Hulk being one that surpasses. And there’s a whole other piece to write about Christopher Nolan’s place in all this when Dawn of Justice comes out.), a lot of the Marvel movies and the other super-heroish movies we see these days are variations on a theme.

Avengers movies are an opportunity to celebrate that. And tickets are already selling out. So get on board, get in line, and if you see one of us Steel or Spawn old-timers grinning, know it was a long time coming.

5 Comments on “The Age Before Ultron: A Brief History of Super Hero Movies, Agony to Avengers”