Ben Adams, John Perich, Richard Rosenbaum, Shana Mlawski and Red Pages Podcast’s Justin Bortnick continue the Final Fantasy VI book club with Week 3! Join us for a discussion of the Opera, Ultros and the tension between narrative and gameplay. 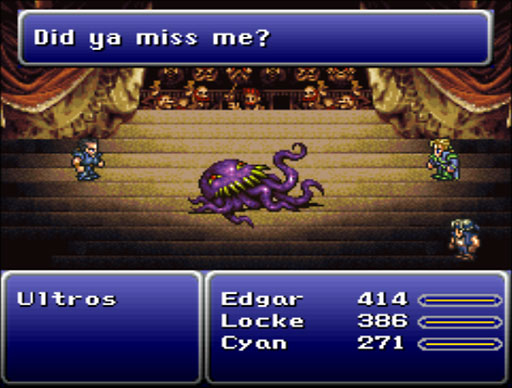