Another year, another New York City Comic Con—and where else would we Overthinkers be? This weekend, Mark Lee and I ventured into this sublime, swag-filled, seething hive of humanity to subject it to the level of scrutiny to which it has grown accustomed. Below you’ll find news of Marvel’s coming digital offerings, my adventures in Comic Con speed dating (oh yes), and how I made an ass of myself in front of Keri Russell. 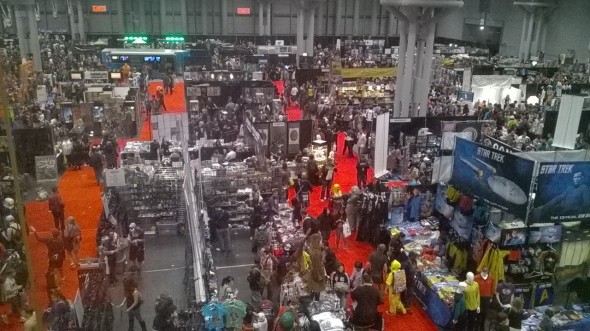 Graininess courtesy of my crappy phone.

But first, cosplay! Though Mark and I were turned away from the NYCC Eastern Champions of Cosplay competition, there were plenty of nerdy getups to ogle on the main floor. This year’s most popular costumes had a soldierly quality – think fewer broadswords and more flak jackets and blasters. Marvel’s partially to blame. I spied multiple Captain Americas (and heard several Hail Hydras, for that matter), as well as various Hawkeyes and Iron Men (whom I’ll call “military-adjacent”). Even more prevalent were the soldiers of fortune. Unsurprisingly, Starlords abounded, taking their rightful place beside the Boba Fetts. 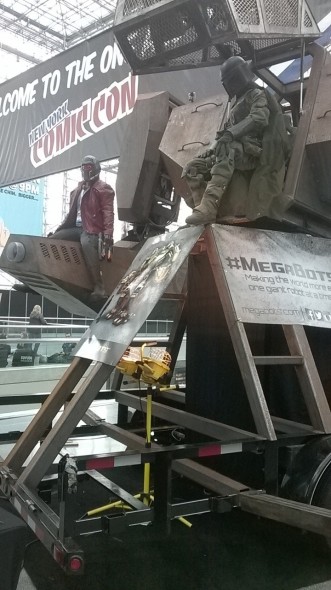 But where were the Thors of yore, I ask you? Nowhere! I saw one Loki, but I expected dozens! Dozens of Lokis! Were there Hulks? I saw no Hulks. Would you not expect some Doctors Strange, given the recent announcement of his upcoming film? And yet. There was a large-ish group of Spidermen and women, but, for the most part, the military-flavored Marvel heroes left their more fantastical brethren in the dust. 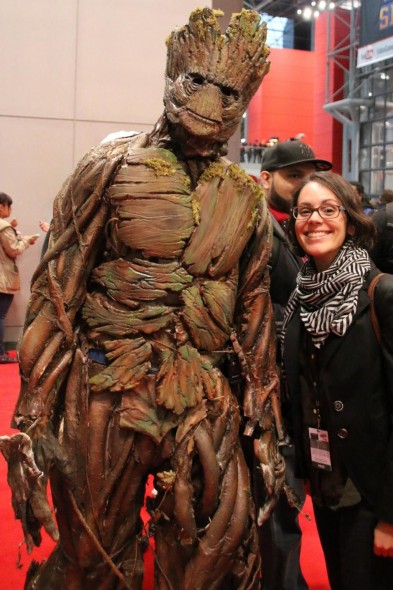 Also Groot was there.

There were many other, non-Marvel soldiers, mercs, bounty hunters, and battle-bots traipsing around, too. What was the deal? Why did I see so many guns but only a single Game of Thrones character (Daenerys)? Film critics have argued that fantasy movies became particularly popular in the 2000s because the despairing masses needed to escape the onslaught of war images and the ever-looming specter of terrorism. If that’s the case, does the decline of fantasy cosplay and rise of semi-realistic, soldierly cosplay mean today’s nerds are actually feeling more hopeful? Perhaps we feel we can play soldiers again, because fewer of us need to be them in the real world.

Or maybe we’ve just become a different kind of escapist. Maybe, at this point, we have become so cynical about our government and its military that our greatest fantasy is to form a small group of badass but ethical renegades that can finally blow up the conspiracies created by our dastardly politicians and generals.

…All while using their super-sweet, military-grade weapons and armor, of course. Because, maybe, in the end, it’s just about the cool tech. In the 2000s and even the very early 2010s, we were still on the fence about the speed at which technology was advancing. We were reading dozens of articles about technology and information overload, so we retreated into magical worlds filled with dragons and kid wizards and vampires. Today, The New York Times isn’t so much worried about tech overload; it’s shilling the latest app that will track your every move so you know how many calories you burned while flipping through Tinder. In today’s world, swords and sorcery are growing passé. We’ve embraced the shiny: the iPhones, the laser guns, the war-bots.

Eh. I don’t know. I’m making this up as I go, and I probably should be taking Chris Nolan’s Batman movies into account when I make these completely unsubstantiated arguments. But it’s almost midnight, people, and I spent my weekend clawing through thickets of people so I could BUY A DAMN TOTORO KEYCHAIN OKAY?! 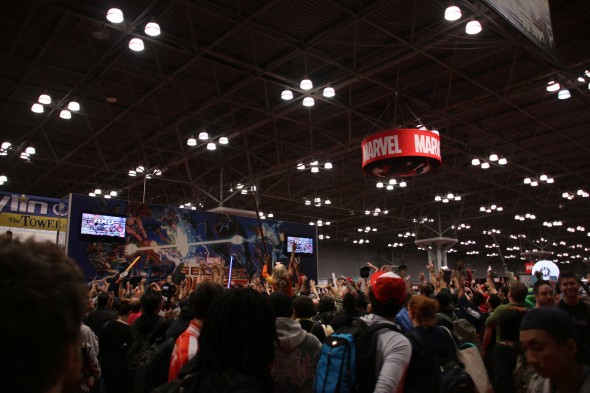 For whatever reason, Comic Con cosplayers have geared up up for war, and the pros at the Marvel House of Ideas Digital Panel are going with them. According to them, the connections among superheroes, the military, guns-for-hire, and the U.S. government at large will continue to be salient, at least in Marvel’s digital offerings. Along with new mobile games and a superhero-inspired-cooking-show web-series (really), they’re working on a documentary with a strong focus on the Civil War comic series, a political allegory about the relationships between superheroes and national security.

And who will we see in this upcoming documentary?

And Chris Hayes. So next year, you can cosplay as either one of them. 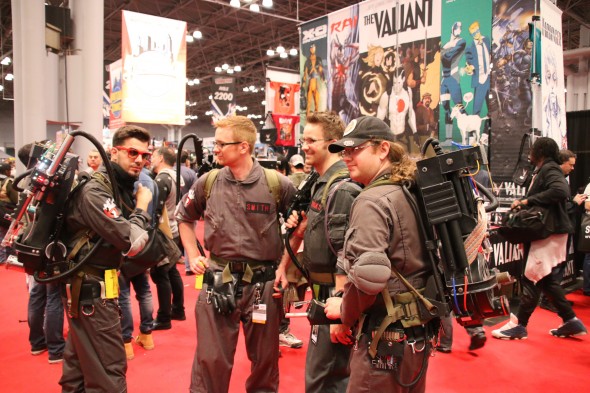 Next up: The Americans panel. For some reason no one knows what The Americans is, which is a TRAVESTY, PEOPLE. It’s on FX, it stars Keri Russell as a Soviet spy, and this past season it became my second-favorite show on TV (the first being Hannibal, of course). The panel featured Russell, fellow stars Matthew Rhys, Noah Emmerich, and Annet Mahendru, and showrunners Joe Weisberg and Joel Fields. All wore “Commie Con” t-shirts, which was terribly adorable. Better yet, the panel opened with some primo overthinking: 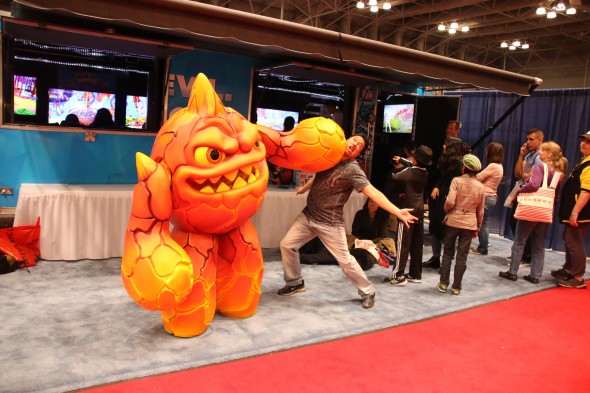 But I wasn’t tired during the event, which was a load of fun. Few can say they went out with Mario, Vegeta, Uncle Grandpa, and the guy from Atlantis: The Lost Empire all in the same day. I talk about this a lot on this week’s Overthinking It podcast, so be sure to check it out. Mostly I talk about how the speed dating process works and what questions everyone asked each other. The question I was asked most frequently was, “So, what are you into? Comic books, anime, video games..?” Maybe it got asked so often because it’s just an obvious question to ask, but maybe not. Shared interests are certainly important when you’re seeing someone on the regular, and it makes sense that a hardcore gamer might want to find another gamer, first and foremost. I suspect the crowd at Comic Con is especially interested in finding a kindred spirit who simply wants to do the same things they do. This is a passionate group of people, and shared passions might lead to a great, geeky romance. Who knows? I do hope at least a few of my fellow speed daters got a second date out of it.

As for the question I asked most often? “Why are you here, at Comic Con?” The most common answer: “The energy. I wanted to be around this energy.”

And what more can you say? NYC Comic Con has its detractors, and it’s certainly far from perfect, but its energy cannot be denied. It is, as our own Mark Lee says, electric.