Fans of trucks, country music, and/or data: thanks to your enthusiastic response to “Trucks in Country Music Lyrics, 2005-2014,” I’m pleased to present some additional analysis based on the…truckload…of data I assembled for the first article. 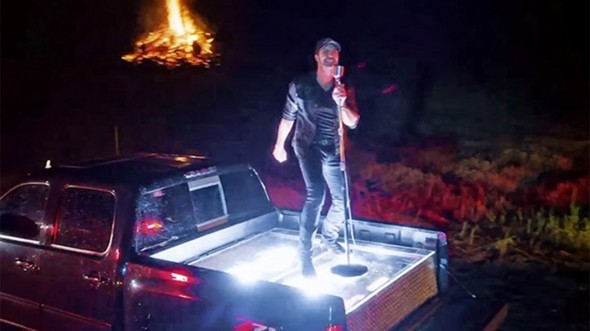 In Part 1, we answered that pressing question of our time: “just how often do country songs mention trucks?” (about 18% over the past 10 years), but uncovered the beginnings of an upward trend starting in 2012:

Truck references in country songs from 2012-2014 appear to be more prevalent than songs from the 2005-2012. As of September 2014, almost half of the songs on the 2014 Billboard Hot Country chart include a reference to a truck.

Why is this happening? In Part 1, I ventured a guess that it might be due to the increased political polarization in the US:

The hypothesis would be that, as Americans’ partisanship intensifies, they strive to differentiate themselves further from their political and cultural counterparts. One easy way to do so is to listen to country music that references trucks, which are powerful cultural signifiers of rural and blue-collar life, with an implicit opposition to urban, white-collar life.

Let’s look at some data to see if this matches up. First, here’s a fancy visualization from Pew of survey data that illustrates the growing partisan divide:

And here’s another visualization from Pew surveys that illustrates the growing antipathy to President Obama among Republicans: 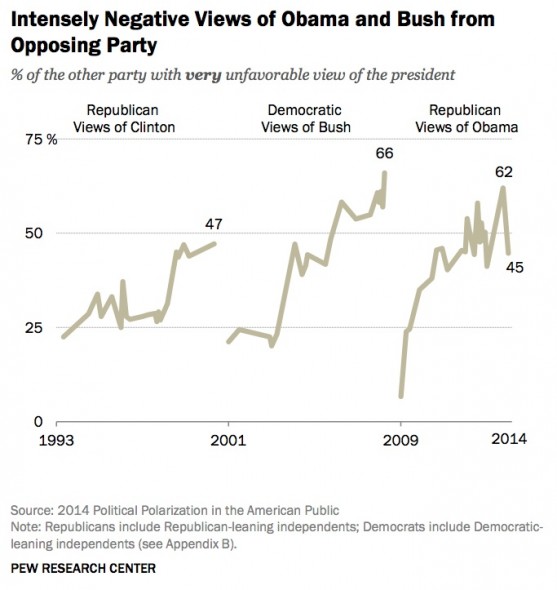 So there’s plenty of quantitative data that illustrates a growing partisan divide, but it’s tough to correlate it with the truck spike of 2012, given that evidence of this growing divide goes back to well before the Obama administration.

But what this data doesn’t take into account is the change in mindset among Republicans from insiders to outsiders: when Bush left office and Obama entered, Republicans began to perceive themselves as the underdog minority opposition, and as such, became more keen on highlighting their differences with the new administration. So if you correlate being a fan of country music with being a fan of the Republican Party (and there is some data that suggests this), then you could extrapolate an increased desire among listeners and creators of country music to emphasize differentiating cultural signifiers like trucks in lyrics.

I suppose to really test this theory out, we’ll have to wait for a change back to a Republican administration and compile more data. (In other words, ask yourself: how badly do you want to see Jeb Bush elected in 2016?) 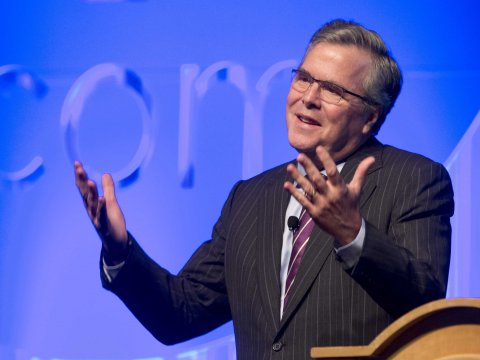 We need a 3rd Bush as President of the United States to validate a hypothesis.

This whole conversation that we’re having about trucks in country music is based on the assumption that the prevalence of trucks in lyrics is unique to this genre; i.e., that country songs do mention trucks in ways that songs of other genres don’t. That makes intuitive sense, but I did want to conduct the bare minimum due diligence to confirm this.

I compiled a list of the 29 songs that topped the Billboard pop charts from 2013-2014 and applied the same lyric check to those songs (specific references to “truck” or truck-related terms). How many of them contained references to trucks?

Precisely zero (compared to 9 country songs in the same period).

There were several references to jets, but no references to trucks, SUVs, flatbeds, or Chevys. The closest thing to a truck reference was Lorde’s ironic mention of Cadillacs in “Royals,” and it’s probably safe to assume that she was referring to a Cadillac model other than the now-discontinued (and decidedly not fitting with the country) Escalade EXT: 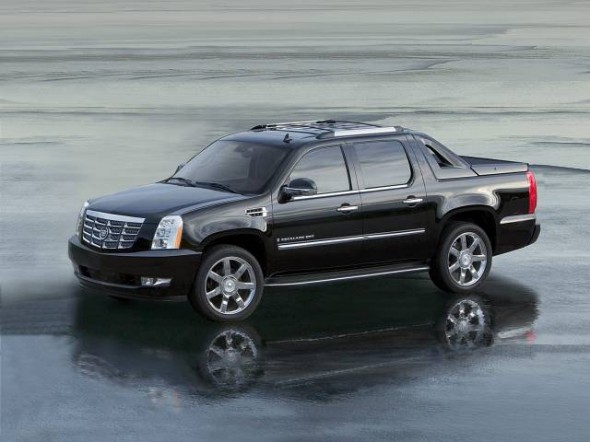 I’m trying and failing to think of a recent prominent pop song that mentions a truck other than “The Thong Song” by Sisqo from 2000:

If you can think of a more recent example, by all means, mention it in the comments!

Let’s turn our attention back to the country music dataset itself. When conducting the initial analysis, I was pretty sure that men were far more likely than women to sing about trucks. This is indeed the case, but first, some context. I was surprised to find that the artists represented in the 232 song dataset were overwhelmingly male: 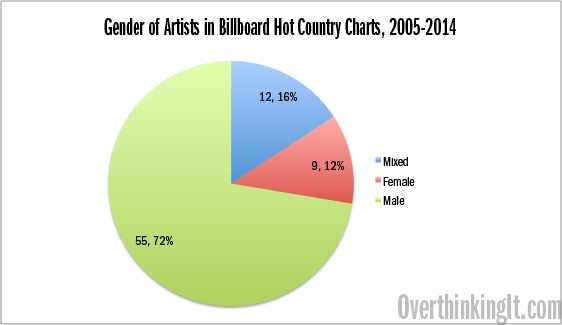 This is an entirely separate topic to explore in the future, but let’s get back to the trucks. When looking at the gender of performers and the proportion of their songs that mention trucks, men by far outpace women:

This is no surprise, given how much trucks are associated with blue-collar jobs that typically employ far more men than women and, by extension, driving a pickup trick is associated with men. Nailing down the demographics of pickup truck drivers proved surprisingly difficult, but I did find one article that claims that only 13.5% of Chevy Silverado buyers are women.

So it turns out that not only are songs about trucks a country thing, they’re specifically a dude country thing. I suspect that similar gender-topic divides exist in other genres.

What’s that? You want an exhaustive statistical analysis of gender of artists that sing songs that mention “booty”?

It can be arranged. Seriously, let me know if you’d be interested in seeing this in the comments and what booty-related research questions we should…get to the bottom of.

Ah, the great Pickup Truck Rivalry. Seriously, did you know this is an actual thing? A Google image search on “Ford Chevy jokes” yields gems like these:

Recent truck sales don’t point to a clear winner in this bitter feud, but in the lyrics of these songs, Chevy mentions outpaced Ford mentions 9 to 3.

Honestly, I suspect this is more about how “Chevy” makes for a better song lyric than “Ford” than it is about the cultural power of one brand over the other. “Chevy” ends with a vowel sound and just rolls off the tongue easier than “Ford,” with its awkward hard consonant ending.

Either way, though, it seems the truck drivers with this Calvin sticker in the window now have some actual data to back this up: 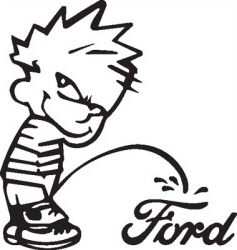 So what do we talk about when we talk about trucks in country music? As “cat” mentioned in the comments of Part 1, it’s a conversation partly about authenticity, which gets problematic as a lot of these artists don’t write their own lyrics. Each “truck” mention in this dataset falls somewhere on the spectrum between “totally heartfelt expression of rural ‘country’ identity” and “cynical ploy by a professional songwriter to pander to a target demographic.” It’s beyond the scope of this study to determine where these songs lie on that spectrum, but the important thing is that we’ve established a baseline understanding for truck in country music, at least in terms of how often they’re sung about and who’s singing about them.

That being said, I would LOVE it if someone were to repeat this analysis on a much larger dataset that goes beyond the Billboard chart-toppers. I doubt the findings would be much different, but I do acknowledge that my dataset is a sample that I only assume to be representative.

Speaking of which, here’s the dataset! If you crunch the numbers and come up with any additional insights, please do turn that truck around, drive it back that dirt road, and share them in the comments.