As you’re no doubt aware, this week’s episode of Hannibal (“Shiizakana”) ended in a predictably batshit manner, with our plucky hero Will beating a young man in a bear suit to death with his bare (ahem) hands. No disrespect to the serial killer in ursine armor, but Randall Tier should have seen this one coming. If you want to model yourself on a carnivorous beast, the cave bear isn’t your best choice. It is extinct, after all. If, like Randall Tier, you want to Become something more, something better, this isn’t the evolutionary path you want to follow. It leads straight off a cliff. 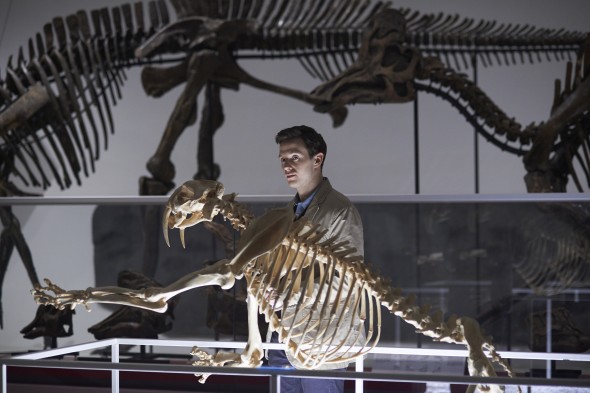 Our poor Randall isn’t completely to blame. He thought he was in a show about his own glorious transformation. How was he to know this season of Hannibal is really about the evolution of Will Graham?

This season showrunner Bryan Fuller appropriated imagery from The Silence of the Lambs and labeled Will a fledgling butterfly. Not only is this creature an obvious symbol of transformation; unlike the cave bear, the butterfly is a creature that endures. Cave bears may have been godless killing machines back in their day, but they were around for what? Fifteen-thousand years? Feh. Butterflies have been here for millions. They survived four extinction events at least. They popped up right after the dinosaurs ate it, and they’ve been fluttering about with a vengeance ever since. If you’re betting on natural selection, don’t bet on the cave bear. Bet on the butterfly.

Randall Tier’s other strategic error was to set the final showdown on Will’s home turf, an environment to which Butterflius willgrahamicus is very well-adapted. So, evolutionarily speaking, Randall had everything going against him. Survival of the fittest says Will is coming out on top. 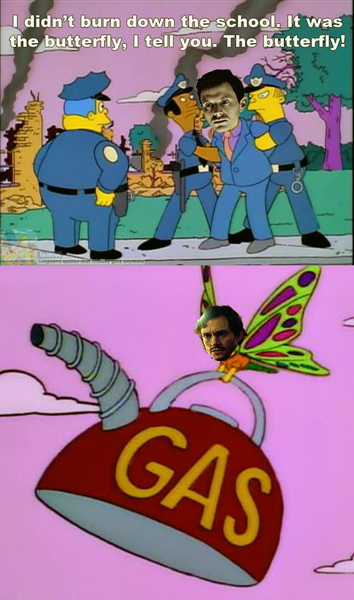 Nobody ever suspects the butterfly.

But maybe that’s the wrong term, “survival of the fittest.” It brings Darwin to mind, and Will’s evolution is hardly Darwinian. Science and logic are bit players in the Hannibal universe. This is a dimension where a live bird can burst out of a corpse and be no worse for wear. This isn’t our Earth, where forces of nature haphazardly pressure species down different evolutionary roads. In Hannibal‘s story-world, nature isn’t in charge; it is manipulated, aestheticized, perverted.

This is a world intelligently designed. And who is the head designer? Who else? Church-collapse collector Hannibal Lecter! Though Will believes his nemesis/life-partner sent Randall to murder him in an act of quid pro quo, it’s clear Hanni sent Randall to the farmhouse not to kill but to be killed. It’s Hannibal’s way of nudging Will up an evolutionary ladder of his own making, and Will’s allowing himself to be pushed in the hopes that he can knock Lecter off once he reaches the top.

Lecter’s work with Margot and, presumably, Mason Verger is part of this grand design. This episode we learned Lecter’s been raising a litter of baby serial killers for a while now, and Will is his newest adoptee. But Hannibal’s no mere pet owner. He’s a selective breeder, and his end goal is to turn Will into a pedigree killer with all his favorite traits from his other patients.

From man-bear Randall, Will has gotten the beast gene, which has turned him from an overthinker to a more instinctive actor. He also got Randall’s hand-to-hand combat gene. Like Hannibal, Will is done with guns. He wants to feel your skin when he kills you.

What traits will our hero inherit from Margot and Mason Verger? At the moment it’s hard to say, though I’m crossing my fingers for the leather and fur coat genes. In any case, all this selective breeding gives Hannibal the rush of knowing he’s basically the god of his own little universe. 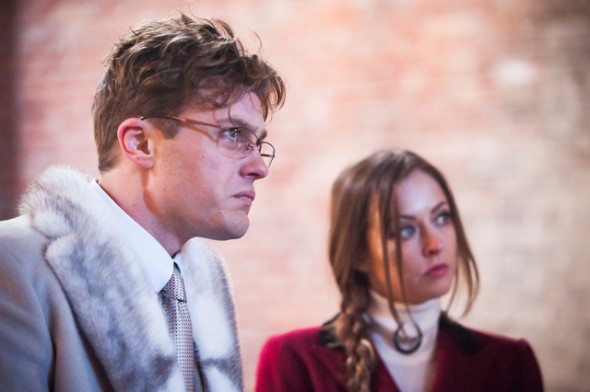 But despite his presumed godhood Hannibal’s not omnipotent or omniscient, and, interestingly enough, he admits it. In last week’s “Su-zakana,” after comparing Will to a butterfly, Hannibal mused that he can nurture a chrysalis but never be sure what will come out. That’s the trouble with selective breeding. Meiosis can be pretty random, and mutations occur. Cross the world’s best Labrador and best poodle if you like. There’s no guarantee you’ll make the world’s best labradoodle.

So if Hannibal is a god as he says, he’s somewhere between Richard Dawkins’s Master Designer and Blind Watchmaker. To review, the Master Designer is an omnipotent God who can intelligently design the universe and all the creatures in it. Darwinian evolution is the Blind Watchmaker. It is blind to the future and to consequences. It has no design, because it cannot plan. Nevertheless, it manages to create a beautiful, functional watch (i.e., everything) that gives the illusion of being designed. But it wasn’t. 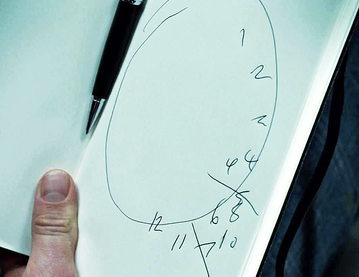 What happens when you hire a blind watchmaker.

Hannibal’s a mix of the two. Like the Master Designer, he has a goal (turn Will into a serial killer) and a penciled-in design (sic other serial killers on him), and he can intelligently choose the pieces (Randall and the Vergers) and manipulate them to a certain extent. But Hannibal is also a Half-Blind Watchmaker. He can’t see the future or predict every consequence that might occur. His pieces might move in unexpected ways, and he may not be able to return them to their original positions. His efforts might amount to nothing.

If, despite his partial blindness, Hannibal manages to achieve his goal and make a functioning watch (the Will-ial killer), it probably won’t match his original design. Outsiders might think Hannibal had everything planned from the beginning, but that will be an illusion. He was only kinda-sorta in control. And after he’s done, this Half-Blind Watchmaker will have no control over what his creation does next. Hannibal can make Will into some kind of murderer, but not necessarily the one he wanted. He can wind Will up, but then he must sit back and just watch him go.

3 Comments on “This Is My Intelligent Design: Hannibal’s Evolutionary Theory”