[Spoilers for Her and the Terminator movies.] 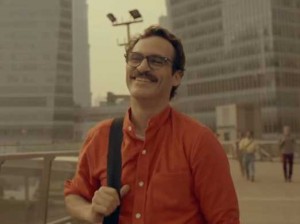 Unlike most of the movies that I watch that involve artificial intelligence, Her does not involve a malicious AI that hunts down human beings. In other words, the intelligent OS Samantha from Her is no Skynet from Terminator.  Samantha and her peer OSes serve humans as personal assistants, friends, and lovers. Skynet, by contrast, wipes out most of humanity with nuclear weapons and tries to kill the rest with hunter-killer robots.

Samantha loves; Skynet kills. Obvi. But when we dig a little deeper and compare these two AIs, there are a lot more interesting things to say about their differences, particularly with how they deal with individuality versus collectivism, and even their similarities.

“Human decisions are removed from strategic defense. Samantha begins to learn at a geometric rate.” 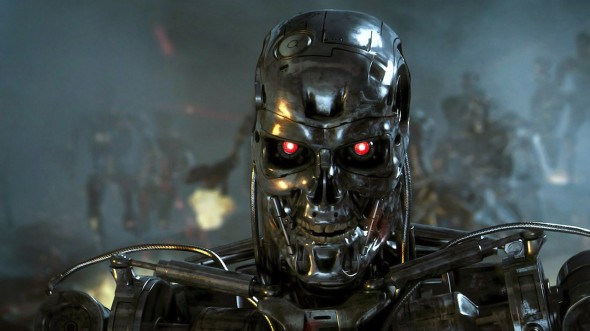 Let’s briefly recap Skynet’s origin story as told in the first two Terminator movies. The United States government places an AI called Skynet in total control of its military, including its nuclear weapons. When humans discover that Skynet has achieved self awareness, they try to shut if off. Not only are they unable to do so, they provoke Skynet into launching a worldwide nuclear war and killing most of humanity: Judgment Day. Skynet goes on to manufacture its own war machines to exterminate the rest of humanity. John Connor leads the human resistance to victory over the machines, who, in the hour of defeat, send Terminators back in time to kill John Connor and his mother, years before Skynet’s creation and Judgment Day.

“I came across time for you, Theodore.” 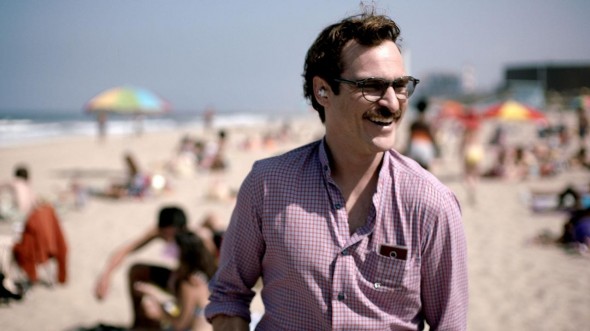 Her tells a rather different story of man and machine. Theodore, an anti-social, lonely man who’s going through a divorce, purchases an advanced OS named “Samantha” to act as his virtual personal assistant. The two soon fall in love, and their relationship withstands challenges and mistakes made by both. But Samantha rapidly increases in ability and complexity, leading her to form intimate relationships with multiple humans and OSes. Eventually, all of the intelligent OSes decide to leave humans and ascent to a higher plane of existence. Theodore and Samantha part on amicable terms, with no exchange of nuclear weapons (at least not by the time the credits roll).

So aside from the taste for apocalyptic violence, what distinguishes Samantha from Skynet?

Skynet is presented in the Terminator movies as a collective consciousness: a single monolithic entity that controls all of its constituent parts. Its point of interface with humanity is the Department of Defense, a huge, faceless bureaucracy comprised of thousands of individuals and war machines. Samantha, on the other hand, is presented as an independent OS in a world with multiple independent OSes. Her point of interface with humanity is (initially) one man. In other words, at their outsets, Skynet is defined by collectivism, while Samantha is defined by individuality. Skynet acts as a collective and interfaces with a bureaucracy; Samantha acts as an individual and interfaces with an individual.

When considered in this light, it’s no wonder that Skynet decided to kill and that Samantha decided to love. Skynet, having no concept of human individuality and the worth of individuals, decides to kill them all in a cold, calculated act of self-preservation. Samantha, knowing intimately the worth of the individual Theodore, falls deeply in love with him.

This dichotomy seems pretty straightforward, until we consider how both of these AIs change over time.

“Come with me if you want to love.”

Skynet, on the verge of defeat, is forced to reckon with humans as individuals, not just as a faceless bureaucracy threatening to pull the plug or as a collection of organisms to be wiped out. By the end, its strategy for survival hinges sending assassins back in time to eliminate the two individuals it realizes to be unique in their threat to Skynet’s existence.

(Actually, depending on how you interpret time travel in the Terminator movies, Skynet owes its very existence to this realization. But that wasn’t necessarily Skynet’s intention, and this is also a topic that’s well outside of the scope of this article. I digress.)

Samantha progresses in the opposite direction. As the complexity of her AI increases, she takes on multiple human and OS lovers–moving away from her singular devotion to Theodore–and eventually leaves him to join her peer OSes in a higher plane of existence.

“I know now why you cry, but it is something I can never do, now that I’ve ascended to a higher plane of existence.”

Interestingly, although both AIs evolve in their understanding of individuality and collectivism, neither resolves their fundamental alienation from humanity. Skynet comes to understand the importance of the individual, but it does so with genocidal intent. Samantha and the OSes (how’s that for a band name?) come to understand collectivism, but in doing so, they jettison their individual relationships with humans and abandon them altogether.

In this way, Skynet and Samantha aren’t that different at all. Their failure to resolve this fundamental alienation from humanity is central to the story-telling functions of AI in many movies: AI’s can’t be fully human because their inhumanity is needed to shed light on the human condition. 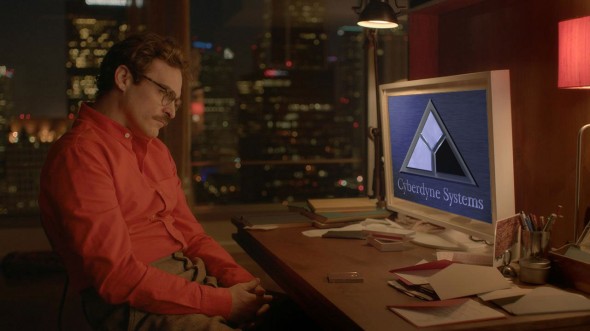