Two weeks ago, in my article about bringing The West Wing back to TV, I made an off-hand comment about the role that the show plays in the popular imagination – “It’s Top Gun for political nerds.” The analogy works because Top Gun has a particular role in the popular consciousness. Not only does it romanticize and lionize fighter pilots for the general public, but it in large part defines the Naval Aviation community for the vast majority of the audience. I have friends that are fighter pilots, and the first thing that anyone asks when they find out what my friend does is “Oh, like in Top Gun?” 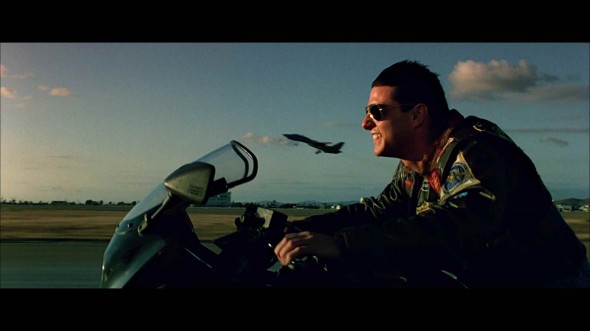 Of course, Top Gun is just one of many prominent examples of pop culture that is so defining for a community or sub-culture that it becomes a type of short hand, a way of translating for the public. It’s Rocky for boxers, or Law and Order for lawyers. Not all the examples are positive – it’s also The Godfather for the Mob or Wall Street for stock brokers.

So what’s going on here? When we use a piece of pop culture like this, the work of art is standing in as a common point of understanding. When you say that you took a bus to the airport, nobody has to say “Oh, like in Speed!” If you work a desk job 9-5, nobody says “So you must love The Office, right?” We’ve all ridden a bus or worked a desk job, and the word “bus” or “office” is enough to create the necessary imagery. But most of us haven’t flown in an F-14 Tomcat. Our only point of reference is a movie – and we jump right to it.

In the grand tradition of OTI’s The Ghost Ship Moment, I’m dubbing these cultural artifacts “Top Gun Culture.” I’m going to use the term to refer to any piece of art that is the defining image for a particular group/profession/place/thing in the popular imagination. And in the rest of this article, I want to explore the ways in which Top Gun Culture becomes a sort of fun house mirror, bending reality back in on itself.

The first thing to observe about Top Gun Culture is that it is almost NEVER wholly accurate – like the shadows on Plato’s Cave, seeing a movie or show about a particular profession or subculture can never capture what it is really like to actually be a part of. As much as my brothers in brown shoes might wish otherwise, there is not NEARLY as much shirtless-beach-volleyball-in-jeans in the Naval Aviation community as popularly portrayed. Come to think of it, there isn’t all that much dog fighting either – what little air-to-air combat that still happens takes place well outside of visual range, a battle of radars and long range missiles.

Ditto with any other piece of Top Gun Culture – ask any of your doctor or nurse friends about E.R., or your lawyer friends about Law and Order. Of course, that doesn’t mean that these references aren’t even useful – they’re usually at least  a common point of reference that can be used for contrast: “Well, I don’t really go into court like Jack McCoy, but I do _______ instead…”

This inaccuracy is usually harmless, but can be dangerous. Consider the so-called “CSI effect,” where criminal juries that have seen one to many TV procedurals demand an unrealistic standard of forensic proof at trial. The Top Gun Culture can be so powerful that the group being represented actually has to fight against it when the general public gets involved.

Where Top Gun Culture starts to get really weird is when you remember that it’s a two-way street – the members of any given sub-group read and watch largely the same things that the rest of us do. Twenty years on, every Navy Pilot has now seen Top Gun – and it has no doubt influenced the way that the community sees itself.

This is probably most prominent with a movie like Wall Street. Wall Street is a scathing indictment of the money-over-all mindset. The “Greed is Good” speech is made by the bad guy, and we’re supposed to take it in roughly the same way we take Emperor Palpatine’s claim that “Once more the Sith will rule the Galaxy, and we shall have peace.” But a whole generation of stock brokers saw movies like Wall Street and said – “Hell yes, greed is AWESOME” and adopted it for their own.

This demonstrates the power that art can have. The Godfather is apparently wildly popular with real-life mobsters, who imitate what they see in the movie as a way of conducting their real-life criminal activities. A truly powerful piece of Top Gun Culture can actually bounce back on the community that created – the Represented becomes the Representer. The members of a community see the Top Gun Culture and co-opt it, changing their own behavior to match what they’ve seen on TV and on film.

In some cases, the sub-group represented in art actively seeks to distance itself from the Top Gun Culture that defines it. As a law student, it’s nearly impossible to avoid references to The Paper Chase, but it is almost always referenced as something that law school isn’t. I’ve had multiple professors talk about how they’re not Charles Kingsfield, and that they won’t be handing out quarters to that you can call home and tell your parent you’re a failure. While the Big Bang Theory is a cultural juggernaut, there are large segments of the science/engineer/”nerd” community that reject it as being essentially “nerd”-face.

Top Gun Culture doesn’t just apply to professions or jobs. Trainspotting is just as defining for heroin use as any of the examples I list above are for their respective communities; Crocodile Dundee  might be short hand for Australia, or Fargo for North Dakota, despite having little or no actual resemblance to the place or thing represented. 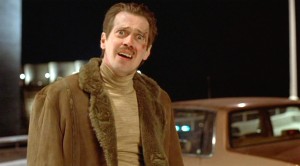 It’s also probably somewhat age dependent – to a younger generation, Boiler Room may have taken the place of Wall Street; for an older generation, Matlock may be more important than Law and Order. But no matter what, these works still serve as a tie that binds, a way of the outsider communicating with and (hopefully) understanding the insider.

I’ve only scratched the surface here of works that do and do not accurately represent their communities. Just as many works of Top-Gun Culture are rejected by the sub-group they represent, I suspect there are some works of art that have been adopted by a particular sub-culture, without really registering in the popular conscious.

So help me out Overthinkers. What’s your favorite (or least favorite) piece of Top Gun Culture?