(Yes, it’s a listicle. Please don’t judge me too harshly.)

I just finished rewatching all of NBC’s The West Wing. Why? Because it had been a while, and because West Wing is awesome. Even the post-Sorkin seasons are much better than I think they generally get credit for. And it got me to thinking.

Some observations that no one would disagree with:

Taken together, the observations above point to one inevitable conclusion: The time is ripe for The West Wing to come back. Here are five reasons why. 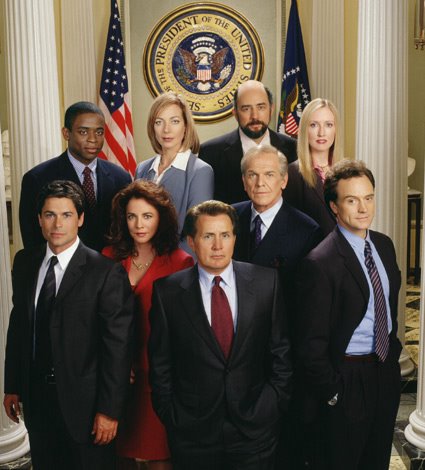 Ok, that’s like nine reasons why, but I have five OTHER reasons…

It’s a reboot that actually makes sense to reboot.

It’s not exactly a revelation to point out that Hollywood is overrun with sequels, reboots, rebirths, and any other name you can come up with to describe a film adaptation of an existing property. Hollywood is intent on proving that, yes, you really can get blood from a stone. The problem with so many of these properties is that they are simply unnecessary – Spiderman was rebooted just 10 years after the first of a multi-billion dollar trilogy. We’re going to have a new Batman just 3 years after the last one left hte screen. And there’s no real need to keep telling these stories other than raw, unbridled capitalism.

A West Wing reboot doesn’t have to be and wouldn’t be like that. In fact, “reboot” is the wrong word for it – it conjures up image of a gravelly-voiced Bradley Whitford in an eye-patch, dangling Senators over balconies by their ankles to force a cloture vote. (Which, by the way, I would definitely watch.)

The model for the West Wing shouldn’t be the Hollywood reboot, but rather the TV spin-off. West Wing doesn’t need to be rebooted – it should just be renewed. There are any number of ways that a reborn West Wing could distinguish itself from the original, while still maintaining the essence of what made it great (more on that later). They could put a Republican in office- or not. They could bring back characters and plot lines from the old West Wing – or not.

While the post-Sorkin seasons get a lot of (mostly justified) criticism, the Seventh Season proved the viability of taking the concept of the West Wing and shuffling it around – the scenes portraying the Vinnick campaign staff were legitimately different and interesting, and they didn’t involve ANY of the main cast from the previous six seasons.

The beautiful thing about a drama that takes place in the White House is that the field is ever-green: does anyone really think that we’re OUT of interesting stories to tell about the Executive Branch? Like Law and Order (which went for 19 seasons, and prospered with multiple overhauls of the entire cast), The West Wing was more than just a winning show – it was a winning formula for a TV show. 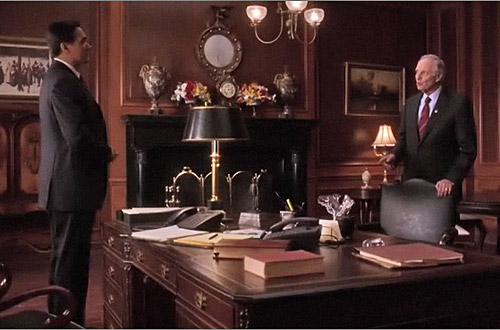 Aside from casting John Spencer and Martin Sheen, the best decision made in the original West Wing was to set it in an America that both was and was not our own – the issues facing it were the same, but the writers weren’t bound by the mundane (or even gross) details of contemporary American politics. It allowed for the show to explore issues at a level that was both more abstract and more personal than would otherwise be possible – abstract because the issues could be as large or small as the plot demanded, and personal because the nature of a fictional show makes it easier to flesh out the details and lives that lie behind the headlines.

And over a 7-year run, the writers of the West Wing did a remarkable job of discussing issues that dominate the front pages even today.

Or the nature of a “proportionate response” against Syria.

Or the prosecution of a self-perceived whistle-blower who leaks national security details to the press.

Or the political impact and racial tension of a Latino man shooting an unarmed African-American boy.

Or the ethical dilemmas of the President ordering a targeted killing.

This isn’t, of course, to say the writers of the West Wing are crystal-ball holders or market-beating political analysts. The fissures that drive American politics – racial tension, trade offs between transparency and security – are always there, just below the surface. The demands of the news-cycle, though, mean that only one or two of these issues can be at the fore of politics at any one time. A show like The West Wing can break through all that because it’s not limited to talking about what’s going on six inches in front of our faces – it can, in short, take the long view. 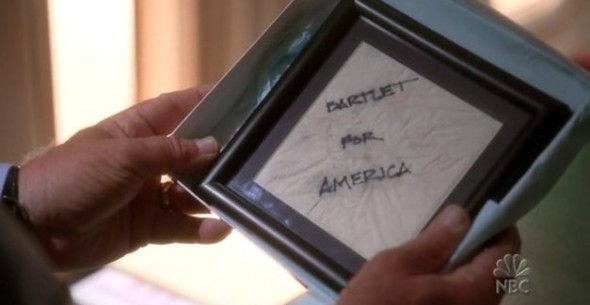 The American people need The West Wing back.

Washington is, to say the least, unpopular right now. Republicans hate Democrats; Democrats hate Republicans. Most of the people outside Washington hate them both in varying degrees. That sentiment might lead one to conclude that the time has never been worse for a show about the White House – people are tired of politics. I disagree. People are tired of real politics.

In 1986, the movie Top Gun came out, and Navy recruiting went through the roof. Because it’s a movie where the Navy gets to fly awesome airplanes and play beach volleyball. Of course, the vast majority of the people who signed up for the Navy after Top Gun ended up chipping paint, tending lines, and turning wrenches. And some people might see that as a bait-and-switch. Only here’s the thing – a lot of those guys still ended up being great Sailors, with satisfying and productive careers. If we think that it’s worthwhile to have the best and brightest choosing Washington and public service – and I think that it is – then it’s worthwhile to show it in the best possible light. The West Wing is basically just Top Gun for political nerds.

What we need isn’t more real politics – what we need is more fake politics. The real world is not doing itself any favors. No one that we might actually WANT getting political power would look at current politics and decide they want the first thing to do with it. But the West Wing tells us that “This is the time for American heroes and we reach for the stars.”

And I think America could use that image right now.

NBC needs The West Wing Back

The ratings fortunes have been similar – since the heady Must-See TV days of the 90s, NBC has from first to worst in just a few short years. And of course, one show isn’t going to change that. CBS has found a winning formula and is sticking to it, and that’s not likely to change any time soon. Even ABC has found a footing to some extent, and with the intellectual property equivalent of the Death Star (and the Death Star itself) behind it, ABC has a good chance of translating some of the summer box-office magic in to Fall, Winter and Spring ratings magic.

Look back at the graph – and not just because I wanted to brag again about our awesome foray into the world of print media. From the highs in the 80s, the bleeding has already started in the 90s, but the Peacock holds off on full-scale collapse until the mid-2000s. A deeper dive in the data reveals why – the West Wing. From 1999-2006, the West Wing was responsible for a whopping 27 Emmy wins, the most of any Drama series of all-time.

Of course, critical acclaim doesn’t always translate into ratings success – NBC’s Thursday night comedy hour is practically defined by the ability to woo critics without wooing a commensurate number of viewers. But consider that The West Wing’s final season, by far the weakest, was still drawing 8 million views a year. By contrast, NBC’s Hannibal, widely seen as a “success” for the flagging network, drew in just under 2 million for its June season finale. Even better, The West Wing has had time to build its fan base over time, through DVDs and Netflix streaming. A rebooted West Wing would, at the very least, be guaranteed a strong opening episode viewing by former fans.

And in many sense that’s been part of the problem for NBC. CBS shows do well because CBS shows do well. Viewers of NCIS see commercials for Two and Half Men, and vice versa. Time-shifters and cable cutters aside, many people still watch TV the old-fashioned way, where you’re more likely to watch the drama that comes on at 10 if you also watch the procedural that aired at 9.

A high-profile rebirth like The West Wing would have that kind of draw. Obviously, if the new show stinks, it wouldn’t necessarily get the repeat views, but NBC’s problems has not always been quality – sometimes it just can’t get anyone to flip the dial. The West Wing solves that problem. 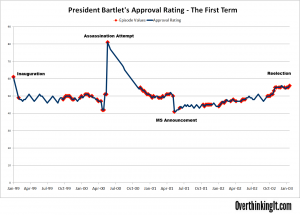 I could really use the extra data.

OK, NBC, if you’ve read this far, and you’re sold on the idea, you can repay me the favor. Just be sure that all the new episodes drop references to the President’s poll numbers that I can plug into a spreadsheet now and then. Thanks so much!

Or read more from… Featured, TV, emmys, list based humor, politics, the golden age of television, the west wing, TV

17 Comments on “5 Reasons to Bring Back The West Wing”