The X-Men film franchise has generated much of its conflict from the idea that the unknown nature of mutants ledas lead to fear, hatred, and inevitably, backlash. This is of course no accident – the X-Men were started in the 60s, in the shadow of the civil rights movement. The more recent movies were deliberately aimed at paralleling the struggle for gay rights. The “mutant” struggle has been used an allegory for prejudice in almost all of its various incarnations (comic, TV, movies, etc.) And in almost all of these movies, the conflict was driven by a simple idea – fear of the unknown.

Particularly in the post-9/11 world of “gritty” superhero movies, this is not unique to the X-Men franchise – Spiderman, The Dark Knight franchise and even last weekend’s Man of Steel have visited the idea that what we fear what we don’t understand. The trend has gotten to the point where even a supposed paragon of moral virtue like Superman is scared that the world is going to hate and fear him. Other “superpower” shows like Heroes and the vastly under-rated The 4400 have gone to this well as well. The “Normals” fear the new powered people. The government responds to the fear and cracks down – in no time at all you’ve got registration, segregation, round-ups and concentration camps. 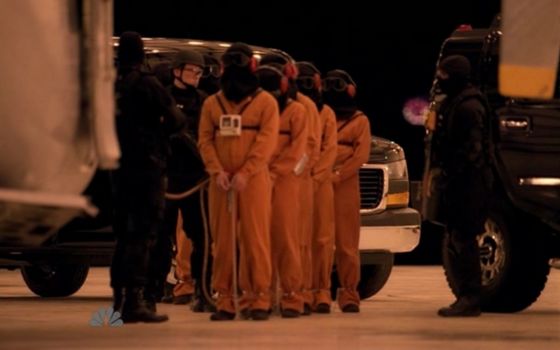 These stories all make a basic argument about cause of effect: The unknown leads to fear; fear leads to hate; hate leads to violence. Consider these quotes from the various X-Men movies:

You see, I think what you really fear is me. Me and my kind. The Brotherhood of Mutants. Oh, it’s not so surprising really. Mankind has always feared what it doesn’t understand. (X-Men)

Tomorrow, mankind will know mutants exist. They will fear us, and that fear will turn to hatred (X-Men: First Class)

Since the discovery of their existence they have been regarded with fear, suspicion, often hatred. (X-2)

The quotes above highlight this theme – discovery = hate. And the implicit message is that the solution is understanding: If only we could understand that mutants are just people like us, then we’d be fine. Instead, we build giant robots to round up all of the new super powered people that walk among us (or just send Special Forces to go do it, depending on the budget of the movie involved.)

But take another look at the list in the last quote above – fear, suspicion and hatred. This misses the other way in which people react to the unknown: Greed. Opportunity. When European explorers “discovered” new lands, there were competing feelings – fear and greed. When Columbus came to America, there was certainly no shortage of fear and hatred for the people they found there – but even more, enterprising merchants were falling over the opportunity to earn a buck off of it, and kings clashed over who would control the new lands. Fear is powerful – but never underestimate the power of an opportunity to turn a profit to motivate the human spirit.

There’s a strong case to be made that the first instinct on encountering the unknown isn’t to kill or destroy it – it’s to exploit it. Humans aren’t known for their restraint in this regard. In the words of Ian Malcolm, we’re generally more interested in figuring out if we could than stopping to ask if we should.

Why would the government expend billions of dollars fighting the new powers on the planet – instead of recruiting them? The government would love to have some super powered folks fighting our wars, spying on our enemies and policing our streets. I’m fairly certain the “Mandatory Mutant Military Service” Bill would have a lot more support in Congress than the “Let’s round up and kill all the mutants” bill. 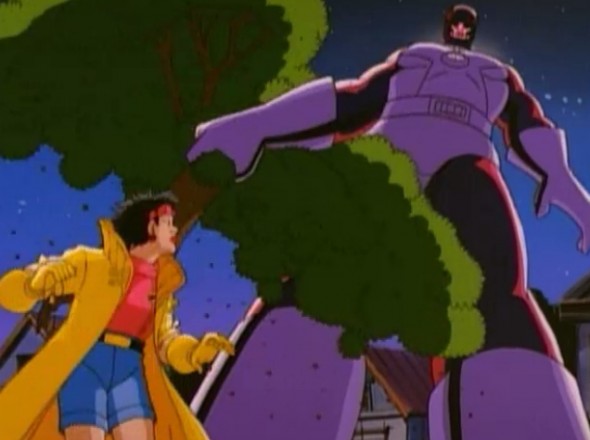 Perhaps more importantly, how would corporations and private actors respond to the existence of super powers? The government is notoriously slow at responding to new “technologies” and opportunities. As Matthew Yglesias over at Slate points out, crime fighting is generally a poor use of superpower resources. Other than your generic “Super strong/Super fast” superhero, punching villains in the face really isn’t the best use of your average superhero’s time.

A quick look at the X-Men’s roster proves as much. Wolverine – welcome to Big Pharma. Storm – Monsanto would like to make a deal. Magneto – take your pick between ConEd and CERN. Charles Xavier could rewrite pretty much every psychology textbook, while he’s not serving as the world’s greatest lobbyist and/or jury consultant. Etc. etc. The X-Men franchise focuses so single-minded on the idea that humans are a fearful and xenophobic group without remembering that we’re also greedy and opportunistic. (Hooray!)

Which brings us back to the civil rights movement. X-Men was quite deliberately meant to parallel the civil rights movement. And fear of the other, fear of the unknown was certainly part of the desire for segregation and racial hatred. But it wasn’t the only motivation. Go back even further, to the first causes of the racial divide in America and greed is front and center. Segregation in 1955 was the end result of a bunch of European explorers looking at Africa in the 1600s and deciding it was just the perfect place to get a bunch of free labor. Slaves were brought to the United States because they were viewed as a resource.

In that sense, racism was a feature not a bug. Slave-holding society didn’t harbor racism against lack slaves because they “feared” them or because they “didn’t understand” them – racism was a strategy of justifying abhorrent moral decisions that happened to make a lot of money. And this strategy didn’t go away when slavery went away. Segregation wasn’t just some social accident because White society “feared the unknown” – it was an economic strategy aimed at ensuring that blacks would remain economically disadvantaged (and thus forced to work for reduced wages).

So why is that important? It’s important because it means that the story of X-Men is too simplistic. X-Men would largely have us believe that the problem of racism is insufficient understanding. It ignores the very real role that self-interest and greed plays in the perpetuation of racial animus – civil rights laws have gone a long way towards curtailing it, but there are still  people today that profit from propping up racial and other cultural biases. And it’s important because it ignores what would really happen if all of a sudden people started popping up with super powers. Sure, there would be fear – but even more powerful would the desire for greed; the desire for power.

Of course, this doesn’t meant that mutants wouldn’t have anything to worry about. The fact that mutants just became the most important resource for governments and corporations seeking an advantage also means that the other guy’s mutants just became target #1. And some of the mutants might not WANT to be taken advantage of – which is where the fear comes in. If there’s a politician whipping up fear of the mutant population, you can bet that he tried to recruit them first – the fear is a weapon to force the mutants to comply, force them to get in line and be exploited. So the extent that there would be demagogues whipping up fear of the “mutant threat”, you can bet there’s someone trying to turn a buck off of the situation.

That said, the mutant population, at least as portrayed in X-Men have two substantial advantages. First, they can interbreed. All of the talk about mutants being another “species” is a much harder case to make when there’s no real biological difference. As far as I’m aware, the “mutant” gene is just one or two changes to DNA, and can be passed on either between two mutants, a mutant and a “human” and two “humans” – which means the distinction between mutants and “normal” is as arbitrary and meaningless as the difference between blond and brown hair.

Now, of course, I know the response – the fact that black and white people are scientifically the same species has not stopped racialist idiots from talking about the “White Man” as distinct from the “Black Man” for the last 500 years or so. But that’s where Mutant Rights activists second advantage comes in.

Because mutants can come from anywhere. Two “normal” parents can have a “mutant” child. Your co-worker can be a mutant and you might not ever know it. Your brother could be a mutant. Your husband could be a mutant, and except for the rare cases where the mutation is impossible to hide, you wouldn’t know it until they told you.

And in that sense, the mutant struggle really is more like the recent struggle for gay rights in the 00’s than for the struggle for racial equality in the 60’s. Look at the change in position from politicians like Rob Portman. People can have their opinions changed in an instant because someone they know is gay. That difference is important – no one ever woke up and found out their friend of the last 10 years was black the whole time, and you never even knew it. And that has a snowball effect – as coming out has become more socially acceptable, the chances of a given person knowing a gay person personally goes up; as their opinions change in response, it makes it easier for people to come out.

The issues is by no means settled and gays still suffer from prejudice in many parts of society, but the trend is clear. In just 10 years, gay rights has gone from a wedge issue used to assure the GOP’s continued stay in the White House to a major policy liability for conservative politicians. Anyone reading demographic data knows that in 10 or 20 years more the issue will be as uncontroversial as the idea of interracial marriage or racial equality.

And in that sense, the struggle of the super powered for equality in society will be much more successful than I think it’s portrayed in franchises like X-Men. The X-Men franchise has a somewhat simplistic view of prejudice and animus – what we don’t understand, we fear. There are two reasons why I think that’s wrong – one cynical, one hopeful. On the one hand, our desire for opportunity often outweighs our fear. On the other, the ability for mutants to dispel the idea that they are truly the “other” will mean that the unknown won’t stay that way for long.

21 Comments on “Fear and greed in the face of the unknown: The X-Men and Civil Rights”