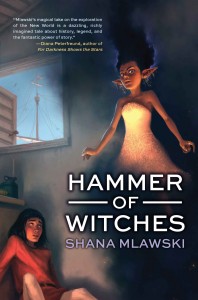 Hammer of Witches by Shana Mlawski