Ben: The Quidditch World Cup is This Weekend: Seriously?

What does OTI think of this phenomenon? I was talking on campus the other day and saw three different teams clearly getting ready for some sort of meet/match/competition. They had actual jerseys, what I think was a referee, etc. It kind of blew my mind – I’d seen people doing it before, but always assumed it was just kind of screwing around and an excuse to drink beer. 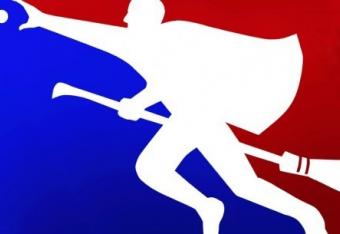 Lee: I’ve seen competitive quidditch 2 years in a row at NY Comic Con. (2013 Con is Oct 10-14, by the way. Mark your calendars.) I’ve only seen 4 of the Harry Potter movies, and I was mostly angling for good photos (of which I took few), so I’m not the best person to comment on it as a spectator sport. But I will say that these people were definitely not messing around.

Shana: They really do not mess around.There was a huge (like 10 page) article about them in some magazine last year, and it sounded brutal. Which I guess makes sense, seeing as Quidditch is supposed to be rugby with brooms.

Belinkie: But don’t people generally agree that Quidditch is a poorly designed game that make the Golden Snitch far too important? I gotta imagine that real world Quidditch tweaks the rules (for instance, the same doesn’t end the second somebody tackles the Snitch).

Ben: I think that it is generally agreed that Quidditch in the books is a terrible, terrible game from the standpoint of game mechanics. It looks like they’ve tweaked it a bit, at least here: International Quidditch Rulebook

I’m kind of interested in the implementation of the Snitch in the real-world game, where you have just some guy running around away from both teams. I can’t really think of another sport or game where you have two teams on equal footing and an actual PERSON acting as part of the “field” essentially. The only thing I can really think of is American Gladiators, where you were competing agains the other contestants, and the Gladiators were essentially “neutral.”

Pete: The closest example I can think of is professional wrestling as played in video games — where it is actually part of competitive strategy to knock out the ref so you can perform illegal moves on your opponent.

Briefly: you can either execute a perfect throw (ippon), a good throw (waza-ari), or an okay throw (yuko). Getting an ippon wins the contest instantly. Two waza-ari equal one ippon. No amount of yuko equal a waza-ari; they’re just used as tiebreakers. So if you can pull off a perfect throw, you win instantly, but you can’t spend all your time trying to set up a perfect throw or you’ll get tossed over and over.

Stokes: True – but the problem with the snitch is quite precisely that it reduces what is ostensibly a team sport, like hockey, into a one-on-one competition, like… well, like Judo.

I can’t be the first person to have noticed, by the way, that when confronted with a crisis, Wizarding society uses the coping strategies that Quidditch has taught them. At the end of the day, only one person (Harry, or in his youth Dumbledore) is ever going to “find the snitch,” as it were, so in the meantime everyone else just scampers around like a bunch of idiots, frantically trying to accomplish tasks that have no real baring on the problem at hand. And arguably no other model of competition would even make *sense* to the inhabitants of a fantasy coming-of-age-tale. “Wait, so you mean we all have an equal opportunity to alter the outcome of the game? First of all, that’s not realostic. Second of all, what are you, a communist?”

I don’t know enough about quidditch to know how analogous that is, but the comparison struck me when watching the Olympics this past summer. 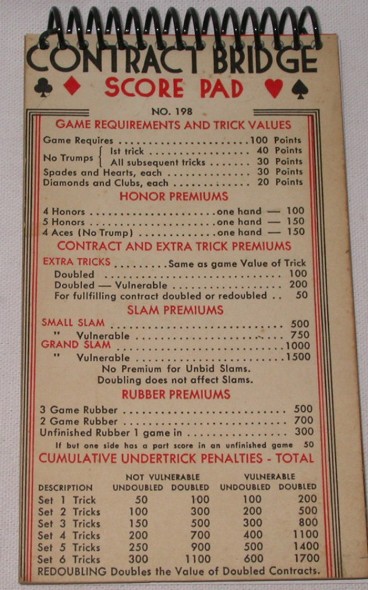 Also Stokes: p.s. Another interesting example is contract bridge. In practical terms, you win a match by winning the rubber (roughly, by finding the snitch), no matter how many bonus points the other team picks up. But it is possible — by adopting a dickish sort of scorched earth strategy — to prevent the other team from ever winning the rubber, with 100% certainty. The otherwise useless bonus points effectively prevent this kind of play from taking place. (Also Bridge is traditionally played for money – a nickel per point, or whatever – so losing by a little and losing by a lot are not at ALL the same. This again makes the bonus points more consequential.)

Ben: Interesting article on the game. Some highlights:

“The sport has also started referee certification programs, as well as Snitch Academy courses to train and certify snitches.” ……

“But despite that spirit, many involved in Quidditch talk about a dividing line, separating “sporting enthusiasts” from “Harry Potter-lifestyle enthusiasts.” More simply put, jocks vs. nerds. There is a camp of Quidditch players who would rather phase out some of the more eccentric Potter-flavored rules, to legitimize the sport even further. But Benepe is opposed to this. He suspects that if you do away with the broomsticks and the magic, then you do away with the very ridiculousness of the game that the more marginal participant base wants and expects. That ridiculous quality has allowed the sport to flourish, but it could be its biggest downfall.

“Quidditch is successful because it’s unique and if it becomes too much like other sports, I’m not sure that it would continue to be popular,” Benepe said. “Is the game powerful because it [has] a fringe audience? And when it loses that fringe audience, will it still be cool?”

I’m also interested in the idea of having “certified” Snitches because of they dynamic mentioned above. What motivates the Snitch other than the fun of the game? While that system seems to work just fine for as long as the game stays “fringe” or “marginal” and played primarily by people who know each other outside the context of the sport. But it would seem to break down a bit the bigger the game gets – if there’s actual stakes on the line in the game, it might become harder and harder to find Snitches that are (1) up to the level of play as the players themselves, (2) sufficiently motivated and (3) impartial.

The Quidditch players have a motivation to train before the big game and improve their endurance – what if the Snitch gets too tired? What if the game starts to last too long and the Snitch Runner has a date? What if the Snitch wants to GET a date from one team’s seeker? Taking a dive would be absurdly easy and almost impossible to detect.

Let me put it this way – if people ever gamble on Muggle Quidditch, the Snitch is target #1 for the bookies trying to fix the game. 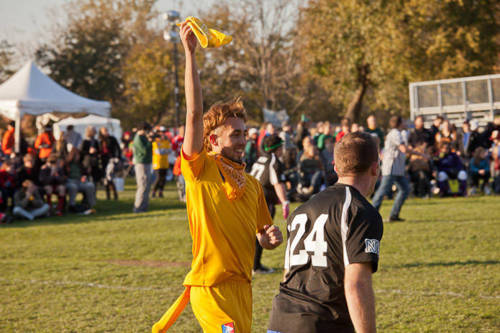