We’re proud of all of the writing, audio, and video we produce here at Overthinking It. Sometimes we pick favorites, but that’s a little painful for us, like picking a favorite child. But at the end of the last couple years, we’ve spent some time taking stock and highlighting the most popular posts here on the site. In other words, we love all our articles equally. But here are the ones you love the most.

We are incredibly thankful to all of the people who read this site, and we’re humbled that so many people choose to take time out their busy days to read our 5,000 word screeds. Readers, these are the top 5 posts of the year, as determined by your collective clicks:

#5. Red on the Ledger: The Avengers and Sexual Violence 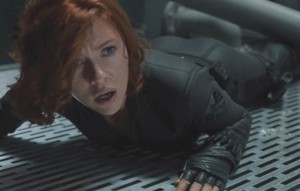 Pete Fenzel did a deep read of The Avengers and came back with some controversial ideas about the portrayal of the Black Widow as a victim of sexual violence:

#4. My Little Republic: Plato is Magic 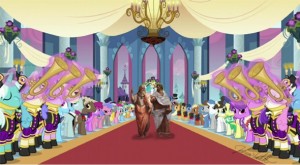 Guest writer “Starswirl the Goateed” gave us this fantastic Platonic reading of My Little Pony: Friendship is Magic:

My Little Pony is not simply the story of talking, pastel-colored equines living in a place called “Ponyville”; it is also the most detailed allegory of Plato’s Republic ever written. Everything from Plato’s ideas on utopian society and government structure to his Platonic Forms has representation in MLP’s Equestria.

It even attracted the attention of one of the show’s creators, and although she called the similarities coincidental, we still think it’s genius.

@veerletakino Completely unintentional.I think the name of the site is rather dead on in this case.

#3. Systems, Not Sith: How Inter-service Rivalries Doomed the Galactic Empire

Ben Adams applied his military know-how to the Star Wars universe and came away with some surprising insights into the weaknesses of the Empire’s command and control system;

The high-stakes of Imperial rivalries and lack of checks and balances in the Empire’s political system ensures that petty personal and inter-service politics would have dramatic negative effects on the overall effectiveness of the Imperial military. This resulted in myopic strategic thinking, shoddy acquisitions and ineffective tactical operations that combined to doom the Empire. 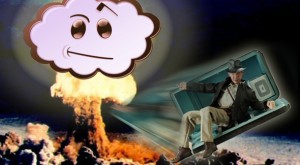 When George Lucas claimed that “a lot of scientists” gave Indiana Jones “50-50” odds of surviving the infamous “fridge-nuking” scene, resident OTI Scientist Dave Shechner rose up in righteous indignation and produced an exhaustive take-down of this scene:

For your own good, and in the good name of the Scientific Community at large, I think it’s time we administer a little bit of tough love. I’m going to subject this blanket statement to the most dehumanizing, soul-hollowing process a normal person can withstand without suffering permanent psychological damage:

Do I expect some sort of apology? No, Dr. Jones. I expect you to die.

We can’t think OTI reader Josh Kyu Saiewitz enough for contributing the raw data that made this analysis of 20 seasons (450 episodes!) of Law and Order trial results possible. Belinkie took the data and assembled a whole series of charts: 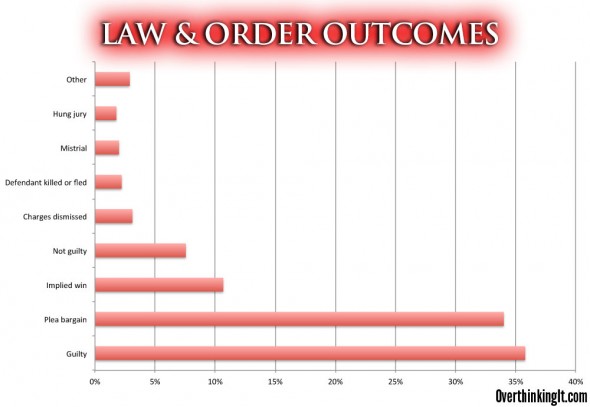 Readers: what were your favorite posts from 2012 that aren’t include in the Top 5? What do you want to see more of in 2013? Let us know in the comments!

Or read more from… Housekeeping, best of, lists