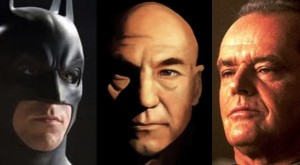 The Prime Directive has always rubbed me the wrong way, but I could never put my finger on what was wrong with it. Recently it came to me in the absurd rasping of Christian Bale. At the end of The Dark Knight, Batman has the same superior attitude as whatever Federation wonks who wrote the Prime Directive. Batman tells Gordon, “You’ll hunt me. You’ll condemn me. Set the dogs on me. Because that’s what needs to happen. Because sometimes the truth isn’t good enough. Sometimes people deserve more. Sometimes people deserve to have their faith rewarded.”

Batman covers-up the crimes of Harvey Dent because he’s afraid citizens of Gotham will be too jaded or heartbroken if they find out their hero Dent has fallen. Batman sacrifices his reputation and lets people think that he murdered Dent and others.

Picture Tom Cruise hectoring Batman on the witness stand about what happened that night, until the Dark Knight croaks, “You want the truth? You can’t handle the truth!”

Or think of Rorschach trudging away from the Greenhouse of Solitude at the end of Watchmen, wanting to blow the lid off Veidt’s cover-up, doing what he thinks is right. Instead of Doctor Manhattan, it could be Batman or Picard or any given Star Trek crew preparing to kill Rorschach or erase his memory before he spreads the truth. “What are you waiting for? Do it. Do it!”

These stories seem to tell us that there are two kinds of people in this world. There are those who are smart enough and bold enough and heroic enough to handle the truth. People like Col. Nathan Jessup from A Few Good Men, like Batman, some of the Watchmen, the United Federation of Planets, the Men In Black, or Walter Lippman. Then there are the masses of average people who would be shattered or react foolishly if they learned the truth. Too stupid, common, unthinking, and animalistic. Not quite as bold or capable as you or me, and maybe I shouldn’t speak for you.

How can we distinguish between those who can handle the truth and those who can’t? Partly by the fact that truth-handlers solve any problem by finding a person or group that represents the problem and punching them in the jaw. (Or photon torpedoing or obliterating their jaws.) Partly because truth-handlers wear funny uniforms. They live boldly, go boldly, and dress boldly. But lots of people dress funny and punch each other, so that doesn’t always separate the truth-handlers from the “bewildered herd” (one of Lippmann’s many terms for the general public). The way to really be sure is to identify the Good Guys. Protagonists can handle the truth. Citizens and extras and the powerless can’t be trusted with the truth. 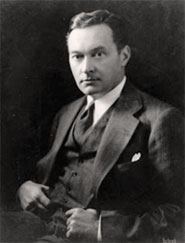 You might not be aware of the long underwear hero known as Walter Lippmann. He had no super powers or crime-fighting skills, and was not known to wear spectacular costumes. Not even a uniform sweater that needed the bottom hem tugged down every time he stood up like Picard. Lippmann wrote some important books in the 20th century about media, mass communications, and propaganda—back before propaganda became a bad word and had to be replaced by the euphemism “public relations”. He felt that since the public could not become experts on every subject—politics, for example—public policy and government policy should be left to actual experts. In a democracy, the consent of the public should be “manufactured” or “created” by experts. Unfortunately he did not provide a ton of guidance on which experts could be trusted, or how we can tell apart real experts from liars. (Which experts will help us identify the experts? Who watches the watchmen?)

“… [T]he common interests very largely elude public opinion entirely, and can be managed only by a specialized class whose personal interests reach beyond the locality.”

Lippmann seems to agree with Nolan’s Dark Knight, as well as with Col. Jessup, Starfleet, Agents K and J, maybe even Ozymandias and the rest of the surviving Watchmen—at least in principle. The ignorant, superstitious, bewildered masses don’t have the expertise to make good decisions. They can create trouble and demand bad policies, so it’s better to prevent some information from worrying their pretty little heads. Leave it to the Good Guys to decide what to do and which information to feed them.

It might seem unfair to compare authoritarian superhero cover-ups with the Prime Directive, but both of them stem from arrogance and elitism. The Prime Directive requires Starfleet to refrain from giving advanced technology to any “pre-warp” civilizations, or interfering in their internal affairs. The assumption is that people will use higher technology to make war or enslave each other, or use it in the worst possible ways. Bunch of superstitious, ignorant, bewildered herds of spacemen.

Although heroes of the various Trek series occasionally violate the Prime Directive, in several cases the rule is interpreted to mean that pre-warp civilizations must not even learn about the existence of space travel or alien species. In Star Trek: Insurrection, some Starfleet officers secretly spy on low tech people from invisible “duck blinds”, because anthropology is cool like that. They make a big deal when Data malfunctions and reveals himself to the farmers they’re spying on. (Or maybe it’s a big deal because Data is shooting some of them, I can’t remember all the details.)

Anyway, what the hell, Star Trek? Running around the universe trying to do the right thing involves hiding and lying to people? Did honesty die out before the invention of warp drives?

They assume low-tech aliens will be dumb or use technology for evil purposes. When beings develop technology on their own, then it’s “natural.” There might be some hiccups along the way, but it’s part of the learning process. Eventually they’ll discovering that guano mixed with sulfur and carbon can burn or fizzle or explode, and they’ll figure out the proper uses of gunpowder.

Have we on Earth figured out the “proper” use for it yet? Which people should have access to it and which people shouldn’t? Maybe someone introduced that technology to Earthlings too early.

Look back on the human history of technology and you’ll see each new development put to evil or harmful uses as well as to beneficial uses. People might do evil things when they receive gifts of new technology, but somebody’s bound to do something evil weven when they develop the technology themselves. That is, the propensity for evil persists independent of the source of the technology.

I’m not arguing in favor of Starfleet spreading weapons willy-nilly, or taking sides in every civil war they stumble across. But Starfleet takes the Prime Directive to idiotic and inhumane extremes. The invisible anthropologists are an example of the idiotic extreme. Are they afraid farmers will freak out or kill themselves when they find out that aliens and interstellar travel is possible? (Actually, yes: in a Next Generation episode, one low tech character commits suicide after the culture shock of a bungled first contact.) Worried about the development of cargo cults or Starfleet officers setting themselves up as gods? Can’t they think of ways to prevent that? “Hi, I’m Jean-Luc. Don’t freak out but I’m from another world. We have such wonders to show you, such as tea, Earl Grey, hot. Have some. It will calm you.”

On the inhumane extreme, they sometimes let people die because of their unshakable belief that it’s wrong to interfere. If you trust the Wikipedia entry on the Prime Directive, sixty races had been allowed to die out by 2364 as a result of the policy. The most egregious example was “Dear Doctor”, an episode of Enterprise in which the crew withholds the cure for a disease they know will wipe out an entire species because the species affected was genetically stagnant. If they helped it to live, then it could compete with and crowd out another race of sentient beings on the planet. They’d be “playing God” if they shared the cure—just like the way doctors in our time avoid giving a blood transfusions or treating cystic fibrosis, because that would be playing God. To make it more absurd, this episode is set in a period before Starfleet issues the Prime Directive. Totally contrary to the Hippocratic Oath, the ship’s doctor spontaneously develops this idea on his own, convinces the captain to allow the extinction of a sentient species, then narrates to his personal journal how he hopes someday a rule or a “directive” of some kind will be developed along the lines of his twisted ethics.

The hidden premise behind the Prime Directive is that there is some natural course of events for each civilization, and that it’s unnatural when technologically advanced cultures interfere with less advanced ones. But humanity and sentient life are part of nature. It’s natural that sentient beings at different levels of technology will interact with each other. Preventing that is just arbitrary. When you say “Hi” to a neighbor, are you “interfering” with his natural course of events? You might convince him to go see Prometheus instead of Chernobyl Diaries. Maybe he was “meant” to see Chernobyl Diaries, and you’ve subverted God’s plan for him. Or evolution’s plan, whatever.

Down here on non-fiction Earth, we’ve had our own policies that were a little like the Prime Directive, namely the Nuclear Non-Proliferation Treaty. Five countries that possessed nuclear weapons agreed not to give the technology to nations that didn’t have it. Just like the Prime Directive throughout all the Trek series, the history of the NPT in action has included a string of exceptions, violations, inconsistency, and hypocrisy. But the NPT was not necessarily a judgment that other inferior cultures could not handle the technology. The idea was that no one could handle it, so all nations should disarm. Theoretically it’s a roll-back of our own technology to a lower level, or at least rolling back the implementation of it.

Another modern example is Communist China, which has shown for decades how much they admire the ideals of the Prime Directive. Any time an American diplomat or journalist scolds them for jailing dissidents or gagging the press or other human rights violations, Chinese politicians say it’s an internal matter, other nations should not interfere.

To be fair, other dictators or oligarchs or aristocrats have probably said similar things, but that gets to the point: They think democracy is bad. They don’t want to hear your advice on how to run things, because they should be able to develop democracy naturally, on their own (if at all), without the heavy-handed interference of outsiders.

And if you work backwards a little bit, you can see from his patronizing behavior that Nolan’s Batman has a problem with democracy in general, as do the surviving Watchmen, Kirk, Picard, the United Federation of Planets, MIB, Col. Jessup, and Walter Lippmann. They don’t necessarily oppose voting or the electoral system or the trappings of democracy, which would be pretty difficult to overturn. But they like a system where the consent of the governed can be manufactured and steered by a few good men.

Are you convinced that elitism is baked into science fiction? Is Captain Picard guilty of crimes against life everywhere? Sound off in the comments.

65 Comments on “The Dark Knight Patronizes: Democracy vs. the Prime Directive”