Back in April, after Mitt Romney secured his status as the Republican nominee for President, we made a couple suggestions for his running mate…in the form of buddy cop movie parings: 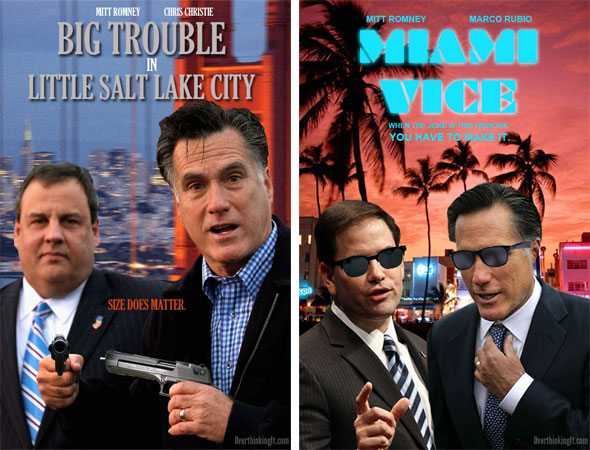 This past weekend, we learned that Romney ignored our advice to go with Chris Christie or Marco Rubio and instead went with Wisconsin Representative Paul Ryan as his mismatched-yet-oddly-appropriate partner for his squad car ride to the White House. We reacted to the news in the only way we could: by creating a buddy cop movie poster for the newly created duo: 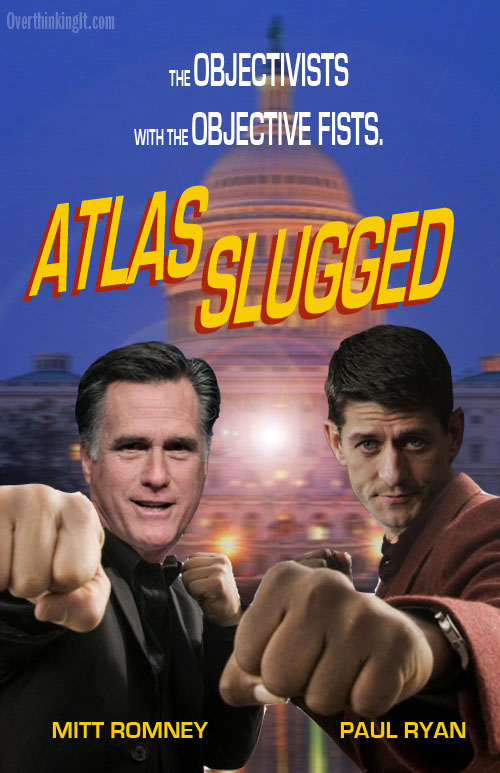 I hope you all appreciate the Ayn Rand jokes, because the concept for this one took a while to come together. See, with the Romney-Christie and Romney-Rubio parings, the buddy cop dynamic was far more obvious than with the Romney-Ryan paring. Sure, Romney and Ryan have their differences in terms of age, religion, and hunting skills, but they’re best characterized by their similar attitudes towards cutting taxes for the rich and dismantling the social safety net. These guys aren’t about to go Galt. They’re teaming up for a budget-slashing battle royale.

So it’s not the most satisfying buddy cop paring, but it makes for a good sight gag. The fact that it comes at the expense of Ayn Rand is just an added bonus.

Readers: can you do better than us at inserting Mitt Romney and Paul Ryan into a buddy cop movie, or some other form of fictional bromantic couple? To help you come up with your awesome title/tagline/movie poster, we’re sharing the rest of the ideas that we brainstormed: