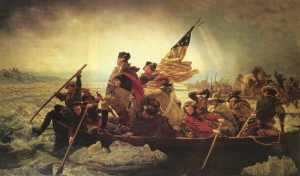 Few instances of technology in movies have received more scorn than the Independence Day “hacking” scene, in which Jeff Goldblum’s David Levinson uses a mid-90s PowerBook to send a virus that takes down an entire alien star fleet. The scene regularly makes any list of ridiculous uses of computers and technology, and is the internet’s go-to example of bad Hollywod tech. So in honor of a few colonies that no one thought could defeat the greatest empire the world has ever known, I’m here today to fight for the little guy, to defend the indefensible: Why the Independence Day hacking scene could have worked.

There are really two issues that need to be addressed: compatibility and security. Compatibility is whether or not any code, much less a crippling virus, could plausibly have made it from David Levinson’s mind and keyboard into the alien computer system. This is an issue from both a hardware and a software standpoint. Security is whether or not, given a compatible system, David Levinson could really write a virus that does what’s shown.

The first and most obvious hurdle that a would-be xeno-hacker has to conquer is a physical one: in order for one computer system to affect another, it needs some way of getting information from point A to point B. In the security world, an “air gap” is a security measure that relies on this limitation to prevent unauthorized access. If there’s no physical connection between your system and your adversary’s system, there’s nothing an attacker can do about it. The air gap between David, sitting in a hangar in Area 51, and the alien mother ship in orbit, is a large one to say the least.

Note however, that an air gap is rarely perfect. If someone uses portable media (like a USB drive) on an internet-facing computer and then uses the same media on your “air gapped” network, the air gap has just closed. That code can potentially make its way onto your network (like say, the one that controls your nuclear centrifuges). In the movie, that’s exactly what happens: the hackers compromise a presumably trusted “media device” (the crashed Fighter), and use it to gain access to the entire system.

Of course, that only gets them half way there. They’ve moved data from the Fighter to the Mother Ship, but David prominently (and for the makers of ID4, profitably) uses a PowerBook Pro to do his hacking. This issue is the source of most of the scorn heaped on ID4, because any human-made computer is going to be wildly different in fundamental design than any alien space ship.

This becomes less ridiculous, though, when we consider the background of the alien craft in question. The Fighter has been in Area 51 for 40 years. It is the most technologically significant machine in the world and the brightest minds of multiple generations have probably had their hands in this endeavor. The head of the lab makes it clear that they’ve been rebuilding it for decades, even if the “gizmos and gadgets” haven’t been powered on until the arrival of the rest of the Fleet. There’s no doubt that every millimeter of that craft has been taken apart and diagrammed, with full schematics available.

They also know what the aliens look like, so they have an idea of xeno-ergonomics. From this, it’s likely they could have inferred where on the ship the alien interfaces and I/O ports are – essentially, what an Alien Serial Bus looks like and how it might work. It’s likely that the Area 51 team developed some form of human-to-alien compatible adapter long before the fleet even arrived. That adapter would mean that a signal generated by the PowerBook could make its way into the computer system of the alien Fighter, and then from the fighter to the alien Mother Ship.

Of course, PCs and Macs sometimes have compatible ports too, and they can’t talk to each other. Just having a path for your signal doesn’t mean that the signal is going to mean anything to the other system when it arrives. The most common argument against the ID4 hacking scene runs along the lines of “If a Mac and a PC aren’t compatible, it certainly isn’t going to be compatible with an alien’s operating system (insert Linux joke here).”

This is where the “team of brightest minds” thing comes into play again. In the movie, the mission of Area 51 is to figure out how the craft works and how to fly it. Even if they haven’t previously got enough power to actually fly the spacecraft, it’s likely that the computer system could be at least booted up and tinkered with. Because none of the mechanical systems could be powered on, the computer on the ship would be by far the most studied piece of equipment on the craft. Getting data in and out of the Fighter’s computer would have been heavily researched, and it’s likely they already had a good idea of at least the basic building blocks of code used by the system.

The arrival of David Levinson is the last piece of the puzzle—he has already figured out at least part of the alien’s computer language by looking at the binary code the aliens send through our satellites. Even before he knows about Area 51, he’s created an interface on his computer for translating the alien computer language into a semi-usable form. In that sense, the PowerBook is really just a human-friendly GUI to access the Fighter’s computer system. From there, Levinson can use Area 51’s preexisting research to translate the Mac’s code into Alien++ and send it via the Fighter’s communications to the mother ship.

The next question is, even assuming that David Levinson can write and transmit usable code to the alien ship, could he really take the whole fleet down with just one virus? Remember, all the code he writes has to do is A) shut down the shields and B) spread itself to other alien ships (and C) display a kick-ass skull and cross bones.)

The “shut-down shield” code would presumably be the easiest, since the Fighter has a similar shield and David is shown shutting it down in the hangar. The “spread itself” part depends on how good the alien security is. The naïve view is that their computer security would be as overwhelming as the rest of their defensive technology. This tongue-in-cheek critique of the movie from the security-centric website “InfoSec Island” is telling: “the remotest possibility that a human-written virus could affect their superior system is completely without substance.” [emphasis added].

The assumption that the alien technology is superior to ours across the board is unfounded. We know that their space travel and weapons technology is far superior, but computer security is a very different ball of wax. As the US military is learning in a painful way, having the best planes and biggest bombs doesn’t mean your systems will be the most secure.

The assumption behind having computer security is that other people might try and do something they’re not supposed to on your system. The problem is that we know nothing about their culture’s propensity or even capacity for this sort of behavior—the assumption of widespread and systematic dishonesty on computer systems is a very human one.

Perhaps their culture is so rigidly honest that lying, even to a computer system, is utterly taboo. The captured alien certainly isn’t reticent to tell the President all of their plans. Perhaps, like in Harry Turltedove’s World War series, their culture was united under one empire so early in their history that certain aspects of war never really became an issue, and they are woefully unprepared for an asymmetric “insider”-attack. In a society where individuals can communicate mind to mind (as the aliens can), would unauthorized access to computers even be a thing? There’s no reason to assume that just because one aspect of their technology is powerful that another will be as well developed.

What’s clear from the movie, however, is that their security sucks. Centralization is generally a bad sign from a computer security standpoint. Their system is so heavily centralized that an external agent (the Mother Ship) can manipulate an individual Fighter to a ridiculous level of granularity, even overriding the system and opening the cockpit doors. Any human security expert would lose their mind if they discovered than an F/A-18 was designed so that a remote signal could lower the landing gear or open the cockpit hatch without the pilot’s consent – the potential for abuse by an enemy is too great.

Their behavior in the movie shows that they have simply not considered the possibility that humans have access to their technology. They are arrogant enough to use our own satellites and assume we won’t try and reverse engineer their signal—so arrogant, in fact, that the signal isn’t even encrypted. It’s also clear that the aliens have a particular blind-spot for simple, obvious solutions: they can’t even break Morse code when it’s used by the human forces. Even their largest and most important invasion ships are designed with a massive and fatal single point of failure so large that a drunken Randy Quaid can hit it.

With all of that apparent, it’s possible that their computer security is non-existent. Perhaps the ships are all just linked together, prepared to accept whatever codes and commands are given to them, confident in the good-intentions of the party sending those commands. The virus might be as simple as:

Hacking a computer means gaining physical access with a compatible computer and sending the right code to defeat the system’s defenses. In Independence Day, the crashed fighter and forty years worth of research into it provides the necessary hardware and software background, and the alien’s arrogance provides the nuclear-bomb sized hole in their computer defenses. When David Levinson arrives on scene at Area 51, 99% of the leg work of figuring out the interface and system code is already done, either by him or by Area 51’s scientists. The virus doesn’t have to be perfect, either. As David admits, the virus won’t knock out the shields completely, just turn them off for a few minutes while the aliens figure out what happens and reset the system. Given access to an “insider” threat like the crashed Fighter and a team of the Earth’s most brilliant scientists, it’s conceivable that the infamous “PowerBook hacking an alien space craft” scene could happen to an alien fleet completely unprepared for a cyber-threat .

The aliens came to conquer a supposedly inferior species—just as the haters attack our beloved film by telling you that a PowerBook pro with 16MB of RAM can’t hack an entire alien space fleet. But we believers are fighting for our right to live, to exist. We’re going to live on. We’re going to survive. Today, we celebrate Independence Day.

19 Comments on “How to Hack into an Alien Space Ship”