Coming at you faster than a North Korean rocket to poke you in the eye, it’s this week’s Open Thread! 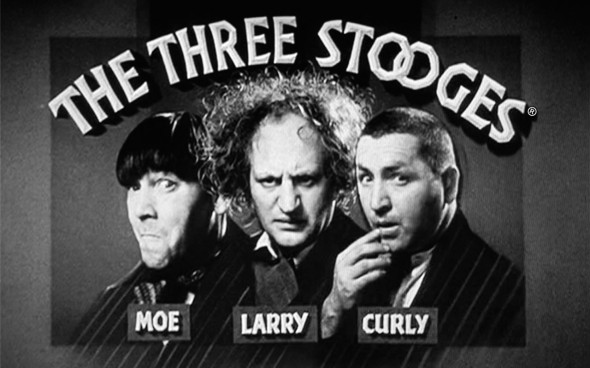 Amid this weekends wide openings, the standout is Farrelly Bros. reboot of the Three Stooges franchise: 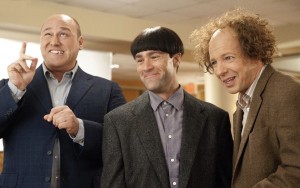 I gotta say, the Stooges were not really a part of my pop-culture upbringing like, say, Jem and the Holograms and Night Court. I know the obvious high points: “Oh, a wiseguy!” and poking eyes out and whatnot. But I don’t have the deep and abiding appreciation of the source material that the filmmakers seem to, and I probably wouldn’t have responded to this pitch:

Finally, in 2000, the Farrellys met with Lorenzo di Bonaventura, who at the time was the head of production at Warner Bros. Pictures. The Farrellys were expected to lay out some kind of story line, but, as Benjamin remembered it, “Pete and Bobby sat down, and then Pete looked at Lorenzo and he just said, ‘Dumb, Dumber & Dumbest.’ And Lorenzo said, ‘Sold.’”

That pitch became this film:

Are you a stooge? Any overthinking to be done about these very dedicated underthinkers? Sound off in the comments, for this is your… Open Thread.