During the last episode of the Overthinking It Podcast, we lamented the existence of The Hunger Games action figures. “Missing the point,” I decreed. 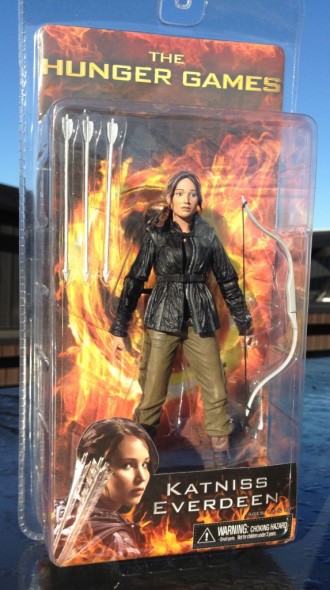 We didn’t get to explore this topic much during the show, so let’s take this opportunity to do so now.

What exactly is wrong with this? I know I had a negative gut reaction when I saw this, but I found it not so easy to put into words. So let’s start by examining our gut reactions to typical action figures. Here’s Luke Skywalker: 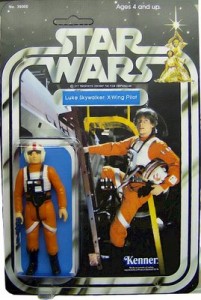 “Cool! A Luke Skywalker action figure! He’s ready to take off in his X-Wing, blow up the evil Death Star (maybe shoot some stormtroopers with his blaster if need be), and save the Rebellion from the Evil Empire. I’ll use this action figure to help me act out my fantasy of being in Star Wars, a fun action movie about good triumphing over evil.” 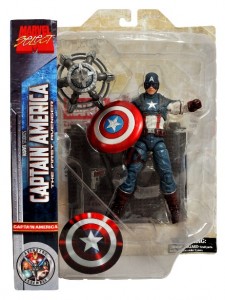 “Cool! A Captain America action figure! He’s ready to take on evil Hydra/Nazi soldiers with his vibranium(TM) shield and defend our country. I’ll use this action figure to help me act out my fantasy of being in Captain America, a fun action movie about good triumphing over evil. 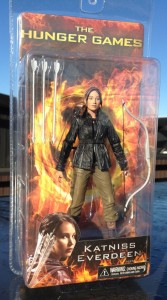 “Cool! A Katniss Everdeen action figure! She’s ready to draw her bow and send an arrow into those evil Career Tributes and become victor in the Hunger Games. I’ll use this action figure to help me act out my fantasy of being in The Hunger Games, a fun action movie about good triumphing over evil.”

One of these things is not like the other. 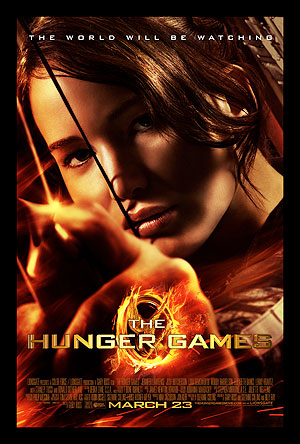 In this case, that weapon is the bow and arrow that are made available to her to allow her to hunt down her competition like animals. That’s a horrifying premise for a child’s fantasy play. Even though the toy makers wisely chose not to make action figures for the “bad guy” tributes, that won’t stop children from imagining the Katniss action figure defending herself against her enemies in the arena. (Note that both her outfit and the style of bow and arrow are specific to the arena and are not what she had in District 12.)

But the worst part isn’t even the suggestion of lethal violence delivered by the bow and arrow; it’s the way that this sort of fantasy play effectively puts Katniss back into the Hunger Games with the child as the cruel Capitol Gamemaker.

Remember that one of the key themes of the Hunger Games books and movie is lack of agency. Katniss and the tributes are (for the most part) unwilling pawns in the Capitol’s twisted games. Katniss and Peeta’s survival becomes dependent on an audience who demands a good show from the star-crossed lovers. In other words, Katniss isn’t a hero in the way that Luke Skywalker or Captain America are heroes. Luke and Cap have a high degree of agency. They readily volunteer for battle; not as some sick bargain to save their child siblings from slaughter, but as eager participants in the good fight. Their actions directly influence the outcomes of the battles they fight. Their success means victory; their failure means defeat. That’s why they’re great action figures. They take action, and their actions have consequence. They allow the child who plays with them to fantasize about taking action and affecting change.

Katniss Everdeen as an action figure suggests to a child that she possesses the same agency that Luke and Cap do, when in fact she does not. The child, however, still has the agency of putting the character in arbitrary scenarios, and that’s what unwittingly puts the child in the role of Gamemaker and obscures the source text’s powerful commentary on control and lack of agency.

I’ll admit that I may be overreacting to this action figure; after all, it’s but one of many aspects of The Hunger Games as mass media that doesn’t sit well with the overall message of The Hunger Games But I can’t deny the immediate negative reaction I had to the idea of a Katniss action figure and to the revelation that it’s a real thing. If you can think of a positive take, I’d love to see your thoughts in the comments.