The genius of Occupy Wall Street is that it is not a traditional political project. It did not arrive with a set of talking points and an organizing template. Its evolution has already taken it far from where it began, physically or politically. Its alliance with unions and other progressive groups will in all likelihood transform the movement as it spreads across the country, just as the movement has the potential to transform its allies. 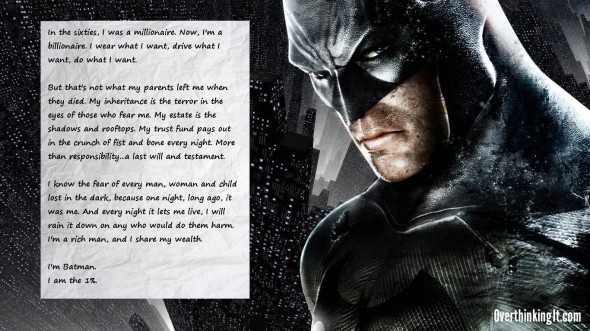 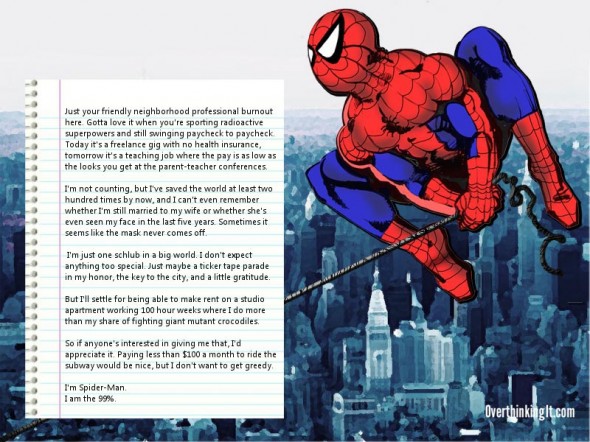 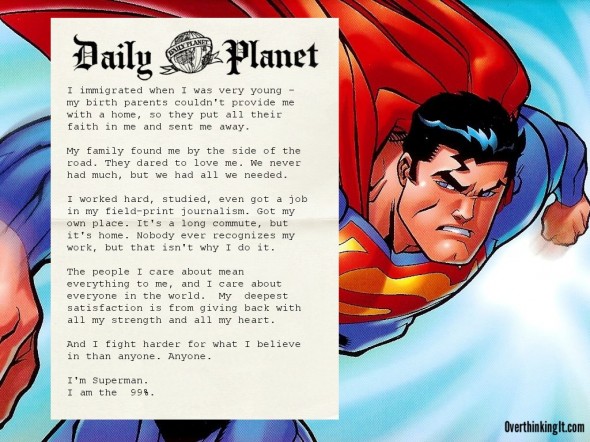 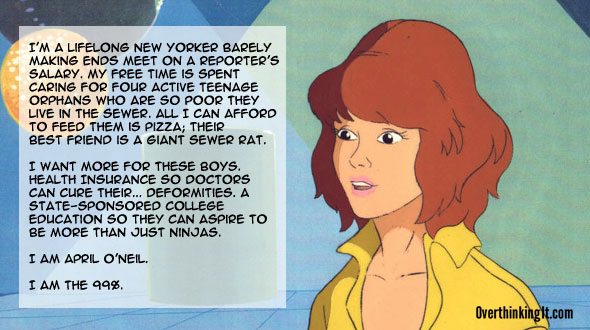 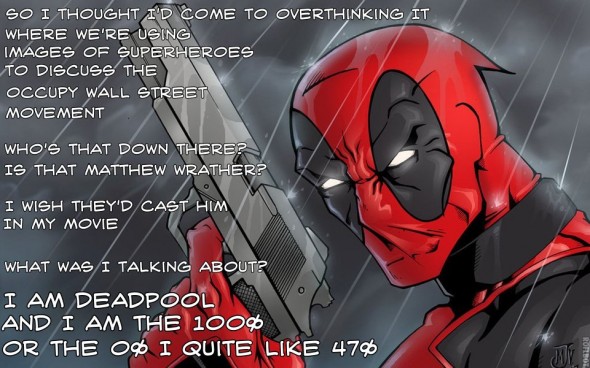 And a grittier take from commenter Mark: 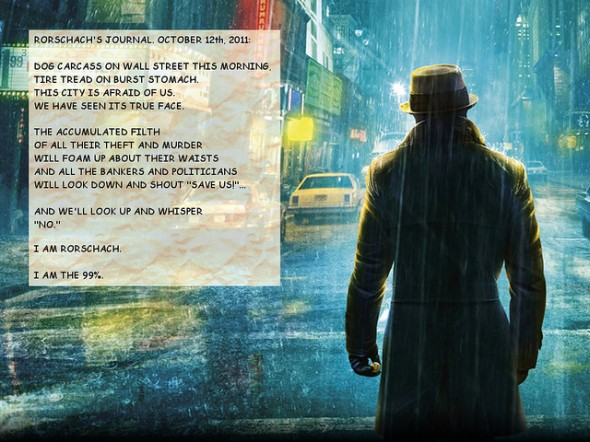 [Where will your favorite hero – or villain – show up? Post a link to your own mockups in the comments. We’ll add our favorite ones to this page! – Ed.]